Mirzya is a Poignant and Poetic Tale of True Love

It's only the eye expressions and body language which do the talking.

On the onset, Mirzya appears to be one of Rakeysh Omprakash Mehra’s most visionary and ambitious projects.

From his first directorial Aks to the masterpiece biopic Bhaag Milkha Bhaag, Mehra’s films encompass a kaleidoscopic visual between the past and present.

With some authentically enriched music and very promising star cast, Mirzya promises to be the masterpiece we’ve all been pining for this 2016. So is this the case?

The film is a love story intertwined with the legendary tale of Mirza-Sahibaan.

Monish (played by Harshvardhan Kapoor) and Suchitra alias Suchi (played by Saiyami Kher) are childhood sweethearts but after a harsh stroke of fate, the two separate.

Some years later, Monish and Suchi reunite, but at a more serious point in life. Nothing was like how it used to be.

Over the years, Indian cinema has showcased various films on the theme of ‘star-crossed’ lovers, Be it Laila Majnu, Ram-Leela or even Raanjhanaa.

So, what separates this film from the rest? The crisp direction and ace locations.

One must applaud Rakeysh Omprakash Mehra (ROM) for his grand vision of fusing a traditional folklore with a somewhat current love story.

The main scenes of Mirza fighting for Sahibaan in a mountainous valley (which seems like Ladakh) are pleasing to the eye. Throughout these sequences we hear no dialogues, it’s only the eye expressions and body language which do the talking. Kudos to Pawel Dyllas for the top-notch cinematography.

As such, P.S. Bharathi’s editing is swift and succinct between the two eras. Excellent job!

In comparison to Mehra’s previous works, his direction in Mirzya is more theatrical. The way he weaves the soundtrack into the narrative is mind-blowing.

Depending on the emotion or mood of Monish, the modern-day ‘Mirza’, a group of Rajasthani villagers would dance according to that sentiment.

For instance, when Monish and Suchi embrace and make love we see the dancers performing to the track ‘Chakora.’ On seeing this, one is reminded of ‘Heer Toh Badi Sad Hai’ and ‘Wat Wat Wat’ sequences from Tamasha.

Nevertheless, the choreography here is great. 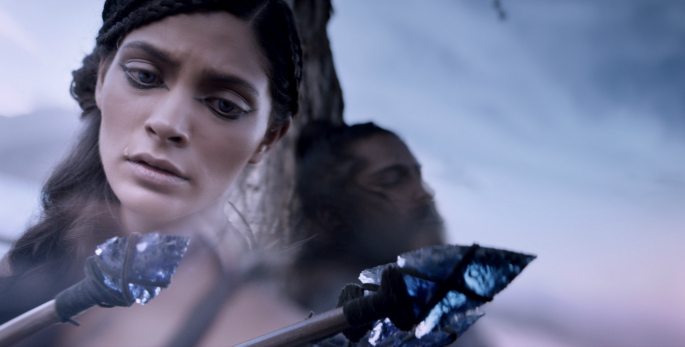 Whether it’s Rang De Basanti or Bhaag Milkha Bhaag, the background score for ROM is always intriguing and enhances the ambience of the narrative. This is also the case for Mirzya.

Hats off to Shankar-Ehsaan-Loy for the situational yet melodic tunes. To begin with, Daler Mehndi steals the show with the title track. His strong and masculine voice compels you to ‘Dare to Love.’

‘Ek Nadi Thi’ is a song with just claps, clicks and guitar notes as main instruments. Plus, the Nooran Sisters and K. Mohan’s vocals are very soothing.

Of course, ‘Teen Gawah Ishq Ke’ is another soothing track which denotes the strong love between the two protagonists.

And, how can we forget ‘Hota Hai’? A song which again emphasises the spirit of true-love and how ‘one bleeds despite the other is wounded’. There are other fantastic tracks in the album.

Let’s talk about the performances. To begin with, Harshvardhan Kapoor has a good screen presence and his expressions during the Mirza-Sahibaan portions.

However, due to the introvert nature of his main character – Monish, we witness more emotional and gloomy aspects to him. 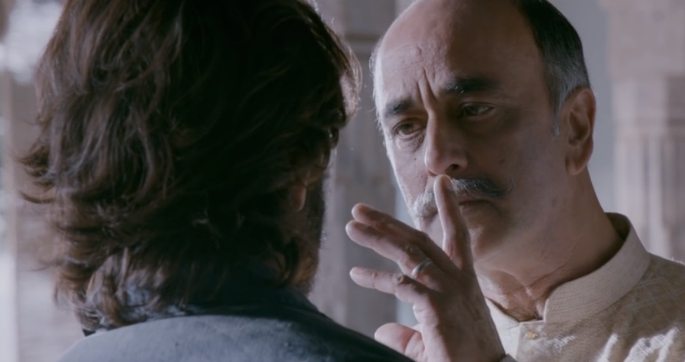 The stunning Saiyami Kher leaves an impact as Suchi. Her charismatic screen presence and powerful dialogue delivery translate well on screen. Plus, it’s worth mentioning that she resembles Juhi Chawla from her side profile!

Both share a strong chemistry, even the child actors, who play their younger versions do too!

Anuj Chaudhary essays Karan, a successful hotelier and prince. Karan is not the quintessential villain who has a flaky moustache and blurts out heavy-winded dialogues. Karan is calm and collected, but the moment his heart breaks, a storm brews in his mind. Anuj’s expressions do all the talking. Watch out for him.

Anjali Patil as the widowed Zeenat is tremendous. Even though she appears in a brief role, Anjali leaves a mark.

So, any hiccups? Well, a film like Mirzya isn’t your usual commercial outing. Nevertheless, if you’re a true film lover, then you’ll definitely appreciate it!

Overall, Mirzya is a poetic and artistic motion picture which encompasses the spirit of true love. Don’t miss this!

Anuj is a journalism graduate. His passion is in Film, Television, dancing, acting and presenting. His ambition is to become a movie critic and host his own talk show. His motto is: "Believe you can and you're halfway there."
Meet Karthik Nagesan & Trishna Thakrar from The Apprentice
Karthik & Boys Team win Week One of The Apprentice