DESIblitz caught up with ingenious Indian poet, Sanjeev Sethi, who spoke exclusively about his new collection, ‘Bleb’, and creative process.

"A book of poems takes years to find itself."

Residing in Mumbai, India, the mesmerising writer has continued to flourish within the literary world, and Bleb pays homage to Sanjeev’s poetic capabilities.

Bleb is a continuation of Sanjeev’s tremendous work. His other highly successful collections include Suddenly For Someone (1988), Nine Summers Later (1997) and This Summer and That Summer (2015).

The dedication to his craft is undoubtedly clear as Sanjeev believes in poetry being an extension of himself and seeks it in every element around him.

Interestingly, Sanjeev’s latest collection is made up of ‘Wee’ poems which means each poem is limited to ten lines.

However, even with this restriction, Sanjeev impressively executes his creativity to make sure each line has substance, emotion and imagery.

Staggeringly, Sanjeev has been published in over 30 countries but unsurprisingly, his writing causes a universal reaction of warmth, intimacy and intrigue.

The influential poet draws upon his daily experiences and thoughts in order to construct vivid poems that feel relatable yet refreshing.

In an exclusive Q&A, DESIblitz spoke with Sanjeev about Bleb, his relationship with poetry and exciting plans for the future.

What does poetry mean to you? 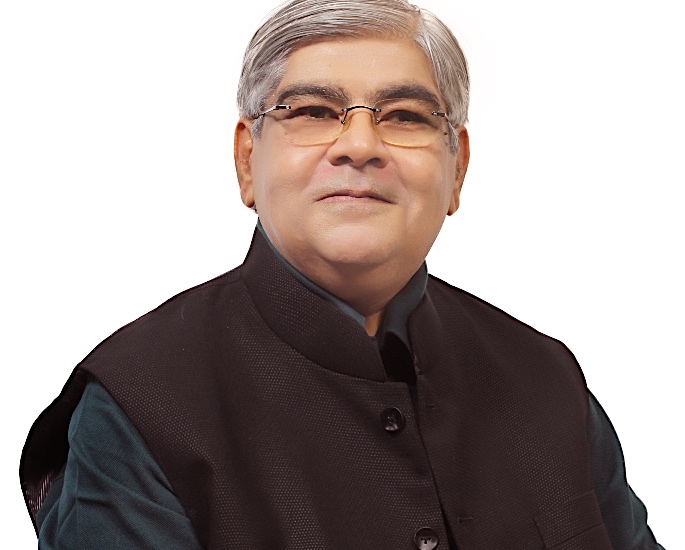 It’s my breath, my balustrade.

I have been writing poetry for almost forty-five years. It is the only constant in my life through the troughs and the triumphs.

Talk us through your creative process for a poem, does it come easy?

The initiation is an effortless process. Anything can spur it: an idea or an idiom.

Sometimes a sudden happening triggers it; at times, it is culled from memory. This is the easy part, but poems require pruning; that takes time.

“But for me, this is effortless. I think if you love it as much as I do, then the labour doesn’t seem taxing.”

I can keep working on a poem for hours and on some poems for weeks or months without it irking me. Then there are some poems that require no redacting. This is the miracle of creation.

In fact, the first poem in Bleb alludes to this:

As casual as strolling on a gravelled pathway
in a close-by parkland, words cycle towards
me on my inner track where ideas lap dance
with a tumescent dash. The first draft is born.
This baby needs a battery of nurses and
other paraphernalia. I’m the doc on duty.
Summon the accoucheur for stillborns.

How does it feel to be published in over 30 countries? 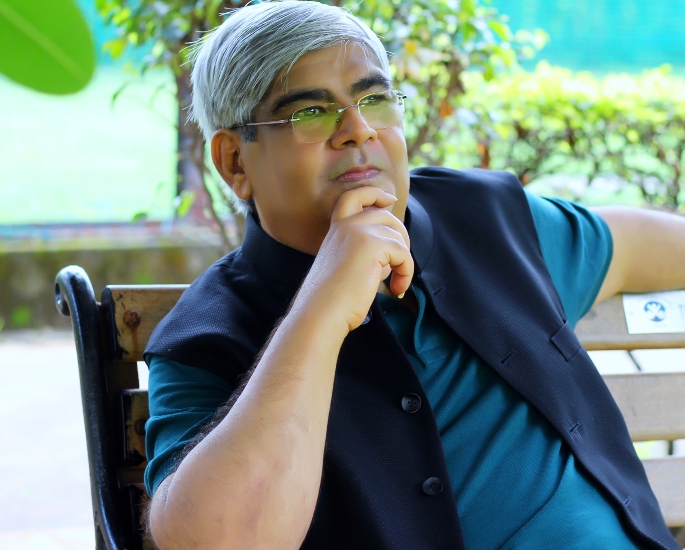 I accept it with a sense of gratitude, but it carries no traction in my day-to-day activities.

In this catenation of creativity, the present-day challenges occupy most of my mind space.

“One is locked in chasing a new thought or metaphor that there is no time to gloat over such issues.”

These thoughts are for a phase when the blues overtake me. Memorabilia fills in during these patches spurring me to move on.

It is real soon; the book has just been launched, so the feedback has mainly been from those in my inner circle.

Most people are polite and say nice things…it is when the book travels to people I’m not acquainted with when they read and review it, there will be some semblance of a genuine response.

A book of poems takes years to find itself.

What was the experience of writing ‘Wee’ poems for this collection like? 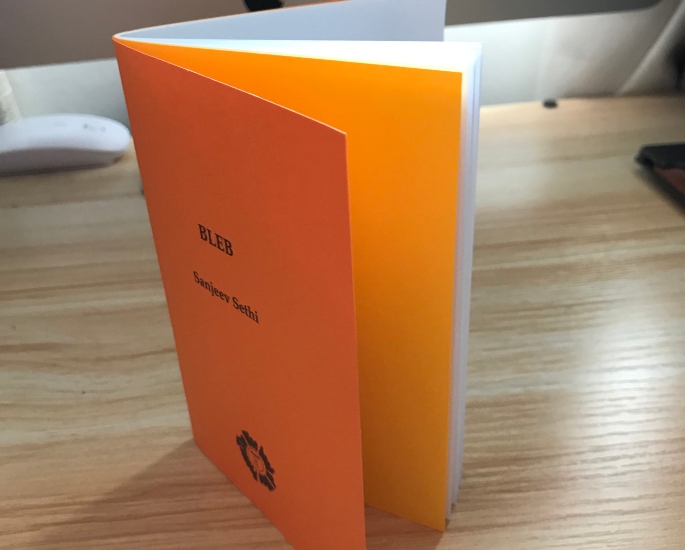 Bleb has been published by Hybriddreich in Scotland. They have a series called ‘The Wee Book of Wee Poems’.

“The basic premise is that the poems have to be a maximum of ten lines, excluding the title.”

In the last year or so, I have been intermittently published by Hybriddreich in various anthologies, chapbooks, and in their flagship magazine Dreich.

So, there is a certain comfort, and of course, mutual respect with Jack Caradoc, the dynamic editor.

When I received an email from him asking me to send a manuscript for their Wee Book series, I jumped at the offer and put it on hold whatever else I was scheduled to do to string together 31 poems that spoke the most to me then.

Please explain the significance of titling the collection ‘Bleb’.

As it is a compilation of ‘wee poems,’ I wanted the title to be a teeny-weeny word. A cursory look at the titles drew my attention to Bleb.

As you know, ‘bleb’ means bubble or blister, so it is interpreted in my mind as temporal. Everything in life is fleeting, so treat the blisters as such.

But readers must create their own meanings of what they read. This is a fundamental difference between perusing a poem and other forms of writing. Poetry requires no instruction.

The reader must make sense of the text in a manner they wish to.

Dialectics and dogmas: fountainhead
of misguided miseries in mind, even
as skin craves skin, you and I, next
to each other empty of evanescent
safeguards. The arrogance of touch
nudges me to notice my littleness,
smallness of search.

What themes do you present in the collection and why? 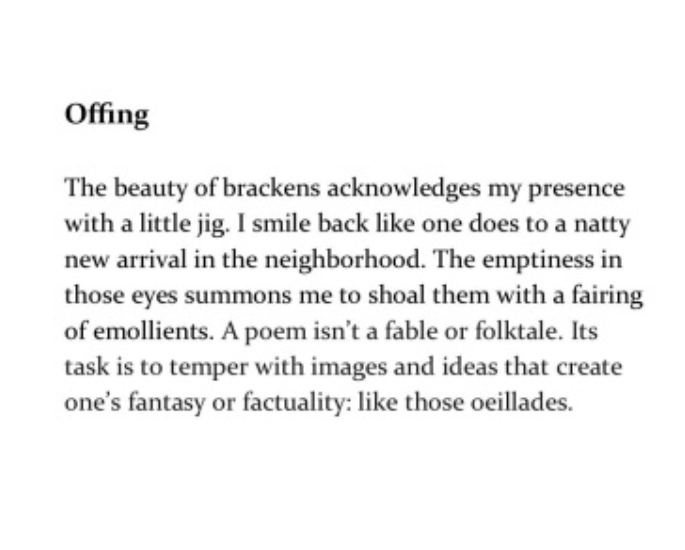 My poems capsule the serrations I grok in my everyday dealings.

These are indicators of my worldview, so anything that engages with me or my mind can be the toast of my poem.

“The milieu is urban because that is my sensibility.”

The poems dwell on issues contemporary life hurls at us.

How does ‘Bleb’ differ from the other collections you have written?

I think this question is better answered by literary critics or theorists and academicians who study such concepts.  For me, these poems are a mirror of my today.

As people, as a poet, one is constantly evolving; I guess, even if I write about an experience I have written about earlier, I’m sure in the later version, my understanding of it will be layered, the language terser.

It may be another angle to the issue.

What challenges did you encounter when writing ‘Bleb’?

“None at all. From the beginning to its fruition, it felt like my favourite song was playing on loop.”

The poems fell in a spontaneous sweep and flowed till I was ready to send the manuscript to Scotland, where my publisher is based.

What do you hope readers can take away from the collection? 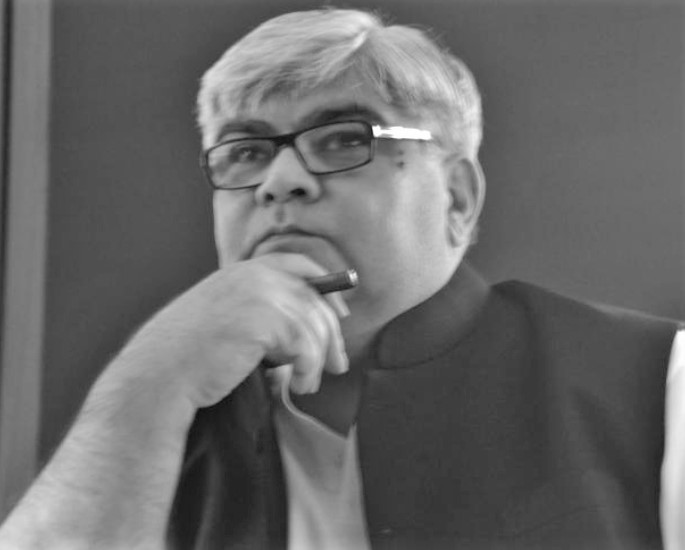 For them to enjoy the poetic experience and hopefully see bits of themselves in some of the settings.

These are cameos of inter-personal exchanges in urban settings. I hope lovers of contemporary poetry read and relish my etchings.

What future writing plans do you have in store?

It has been a packed season; even as I was celebrating the arrival of Bleb, I was offered a contract from CLASSIX an imprint from Hawakal with an advance royalty. This is unheard of in poetry.

CLASSIX is a dynamic publishing house based in Delhi and Kolkata. It is run by poet Kiriti Sengupta and Bitan Chakraborty, a short story writer. His Landmark (Short stories in Bangla from Shambhabi) has just been published.

I have wrapped up Hesitancies, my fifth collection. Soon it will be published.

The good folks at CLASSIX work at a frantic pace. Being authors, they are sensitive to poets and understand the perplexities of being one.

This has been a good run. Touchwood!

Having been on an extensive creative streak with his unique catalogue of collections, readers remain fascinated by Sanjeev’s passionate flair.

With admiration from publications such as The London Magazine, The Fortnightly Review and Postcolonial Text, it’s hard not to see the thrill Sanjeev brings to the poetic world.

In addition, Sanjeev’s exhilarating reveal that his fifth collection is already waiting for publication emphasises the poet’s relentless work ethic. It has left readers eagerly anticipating the upcoming release.

In addition, having jointly won the Full Fat Collection Competition-Deux in 2019, Sanjeev has been considered for the ‘erbacce prize 2021’ and rightly so.

His wistful and metaphorical writing has cemented his place as a true poetic visionary and his collections are undoubtedly a symbol of his gifted abilities.