Taapsee Pannu is continuing her battle against negative reviews of her film ‘Haseen Dillruba’ saying “sly” reviews are an abuse of power.

"Don't use the power given to you"

Taapsee Pannu and Kanika Dhillon continue to fire back at the negative reviews that Haseen Dillruba has received.

The actress said she has been “fighting these battles”.

However, as well as the negative reviews, a lot of compliments have come her way.

Haseen Dillruba was released on Netflix on July 2, 2021, and it also starred Vikrant Massey and Harshvardhan Rane.

The film was directed by Vinil Mathew and written by Kanika Dhillon.

It received negative reviews and both Taapsee and Kanika have pointed out their issues with the criticism, which mostly revolves around its depiction of toxic relationships and domestic violence. 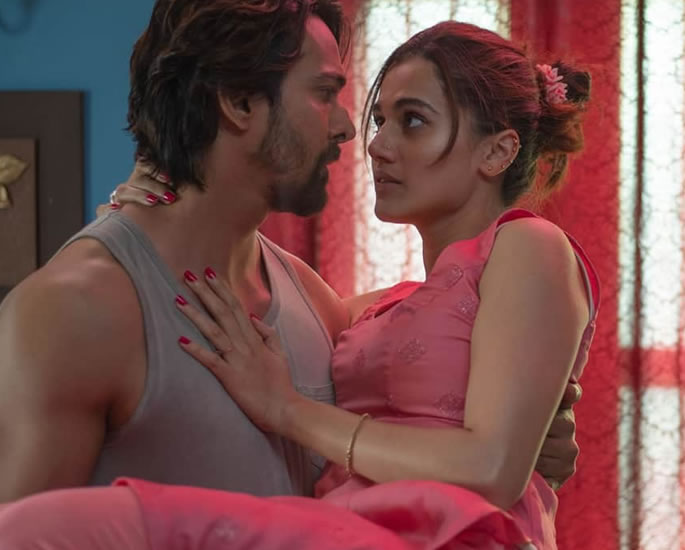 Taapsee said: “Discussion is good, debates are good, but it should be in a tone of having a debate and not try to take a sly dig on the other person.

“Who are you to tell that ‘this’ is wrong? And even if you are, you are an audience, you say what you felt was wrong about the film, but keep it as your subjective viewpoint.

“Because when I step in as an actor to do a film, I keep my personal views about a situation aside.”

Adding her “writer’s take” on the debate, Kanika said:

“The entire discussion and debate about the domestic violence glorification, and the anti-feminist stand, it’s great that there are so many voices that want to protect this, and want to make sure that there is no such glorification happening, that’s a very heartening thing, because we’re all on the same side.

“Having said that, you do not have the copyright to what is feminism and what is gender politics.”

“We are on the same side, but we have different interpretations of the lines that we draw, in terms of what is glorification of violence towards women and what is not.

“Having said that, the second very clear point, if you tell me, in a very condescending manner.

“If it was an opinion made without any slyness, without any need to attack or bring somebody down, I would have actually welcomed it, read it, thought about it, ‘maybe this is how it came across’.

“Because sometimes, in a work of art, you don’t intend to do it, but it lands like that on the other person.

Kanika also questioned the “authority”, as well as the “background and experience” critics, are coming with because she stated that her understanding of gender politics is strong.

She wondered if people are watching “a few scenes, out of context”.

But Kanika understood that opinions are subjective.

Dhiren is a journalism graduate with a passion for gaming, watching films and sports. He also enjoys cooking from time to time. His motto is to “Live life one day at a time.”
Taapsee Pannu’s Parents want her to ‘just get married’
Have Kareena & Saif Ali Khan named their second child Jeh?