Aniruddh Joshi has beaten off fierce competition to win India’s PES 2016 national finals in Mumbai and booked his place in the international final in Milan.

"I practised every single day and it has paid off."

After fighting off 32 other players, he will go on to represent India at Road to Milan international finals, where he will be facing off against players from Europe, South America and Asia.

An avid PES fan for over a decade, Joshi was thrilled at his victory, but noted that it wasn’t down to dumb luck that he beat off fierce competition.

He said: “After winning the Mumbai qualifier, I practised every single day and it has paid off. It will be an honour to represent India in Milan and I will work harder to do well there.”

The tournament further cements the international appeal of eSports, which has seen growing popularity in India. Organisations like the India Gaming League set up gaming tournaments for games such as Street Fighter V, DOTA 2, FIFA and Counter Strike. 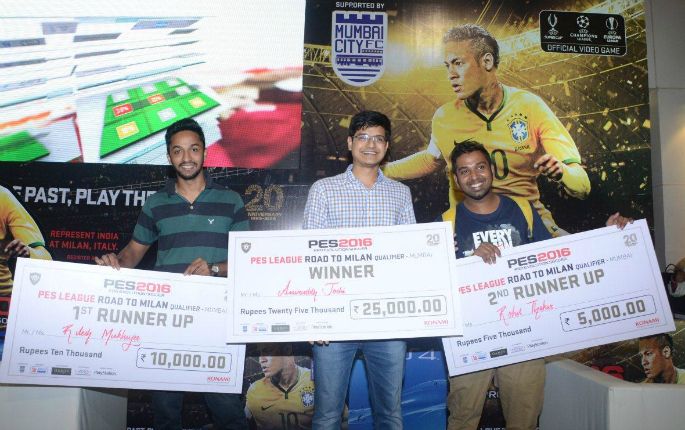 The prize pools of these South Asian tournaments have risen to the point of competing with the major UK and US leagues in terms of winnings, with regular weekly prizes of Rs 10,000 to 40,000 (£100-£400) per event.

“eSports has turned out to be a multi-billion dollar industry. Professional gaming is growing bigger and you can find a tournament almost every day online.

“Soon there will be a time when you walk into a coffee shop or bar and see a live broadcast of a gaming tournament on the TV alongside a cricket or football game, with fans cheering and enjoying their team performing.”

PES 2016 is the latest entry in Konami’s competitor to the FIFA series. Utilising the company’s proprietary FOX engine, also used to make Metal Gear Solid V: The Phantom Pain, the game has received high critical praise from a number of outlets.

Some critics consider it a contender for the digital football throne, after multiple disappointing FIFA updates.

Certainly, the game sits well with Joshi: “I have been a PES player for 12 years and every year the game offers something new to the fans.”

E-Xpress Interactive is a Mumbai based software distributor, co-founded by Anand Khemani, and represents publishers such as Ubisoft, Take Two and Square Enix, distributing their products across India.