DESIblitz gives you the lowdown of Konami’s latest game with a PES 2015 demo review to see how it lines up this season, time for kick off!

Much like the sport it replicates, football simulation video games are big business, worth an extraordinary amount of income to the industry and its publishers.

However, full of promise and potential, much like the new face of PES, Mario Gotze, Konami aim to entice us back to familiar territory with their PES 2015 installment, releasing on all platforms on November 13th, 2014. 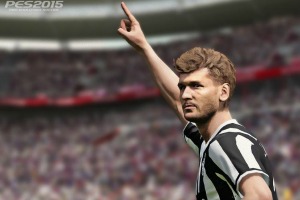 Before that, we at DESIblitz sat down to play the demo on the PS4 to get a taste of Konami’s latest football simulator and see what we can expect upon its release, join us for a PES 2015 demo review!

Lets begin with the game engine. Metal Gear Solid V: The Phantom Pain has been widely reported to sport the newly-developed Fox Engine in order to render its graphics properties.

Konami have also utilised their proprietary Fox Engine, developed by Kojima Productions, in order to put PES right into the heart of next-generation gaming.

One excited gamer, Raj said: “PES 2015 definitely gives FIFA 15 a run for its money, I can’t wait to play the full game!”

Now lets move onto the game itself. The developers at Konami understand that the player should be the one in control when it comes to their football simulators. 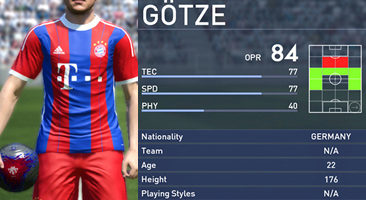 As a player of PES 2015, you truly feel in control of each player and the tools they have in their locker.

Passes are precise, skills are silky and shots are venomous. Konami have also implemented instantaneous reactions within the game so the player can deliver that killer pass or match-winning goal with only human instincts to thank.

Konami have not stopped there as the sense of true player control, experienced by the gamer is not limited to just attack, it applies to defence as well.

Whilst defending against the opposition’s oncoming attack, the user is able to command players who are not under their direct control, to pressure the ball-carrier.

Simultaneously, the user can also reposition the player they do currently have direct control over; effectively having control over two players at a time. Ardent PES player Ravi said:

“Now I can multitask in the game when defending and make it easier to keep clean sheets, no more last minute fluke goals!”

To accompany the direct control we have over individual players, the developers have also created a system they dub as Fluid Formation.

Fluid Formation, gives your team the capability of adapting their formation – depending on whether they are attacking or defending. This happens on-the-fly, without any direct input or panicky button-mashing from the player.

Fluid Formation requires the player to select three formations prior to the match, which their team will implement depending on the context of any given situation. 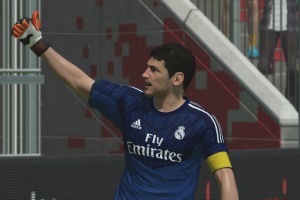 This system enables each match to evolve differently depending on the context of the match in play, enabling the organic nature of the beautiful game to be fully realised by a video game.

PES 2015 has shown what fans of the series and those new to the franchise have waiting for them with the release of this demo.

With the release of FIFA 15 on September 26th 2014, the fight to become the number one football simulator will continue to heat up.

Based on pure enjoyment, stunning graphics and engaging and innovative gameplay, the battle between these two is close than ever! PES 2015 will be released for all platforms on November 13th 2014.