The FIFA 18 vs Pro Evolution Soccer 18 rivalry returns as players choose what to get. Let’s take a look at what these eSports games offer.

It’s that time of the year again when players choose between their preferred eSports game. And when the old rivalry returns between FIFA 18 vs Pro Evolution Soccer 18.

With both sports games focusing on football, they aim to recapture the experience of the beautiful game to players.

For these new editions, their respective developers, EA Sports and Konami, have brought in a number of new features to tide in fans.

As both FIFA 18 and Pro Evolution Soccer 18 (PES 18) are available to buy, many will feel stuck on which to get.

These two titles show a host of new improvements, in terms of graphics, gameplay and even in multiplayer.

Keeping this in mind, DESIblitz has explored both of these eSports games to help you make that all-important decision.

Aiming for Realism in Graphics 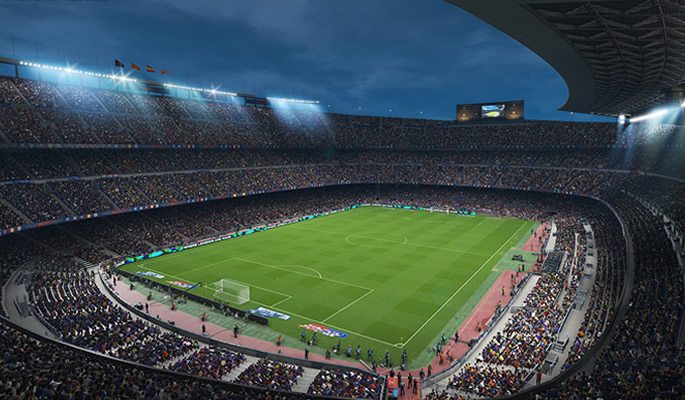 FIFA 18 returns to the Frostbite Engine for delivering stunning visuals for players. A strange choice some may feel, to reuse the same graphical engine for FIFA 17. But developers promised fans they could expect vast improvements as they polished up Frostbite.

Indeed, we would see these changes starting from the trailer. A clearer definition on both football players and match locations, EA Sports aims to set the bar high in graphics.

Meanwhile, PES 18 also returns to its own Fox Engine, a staple for its graphics since PES 14. In 2016, this engine showcased its outstanding capabilities and gave Pro Evolution Soccer a better advantage than FIFA. Would it prove the same case for this year?

Under comparison, the two titles carry fantastic graphics. It’s clear both companies have stepped up in this aspect.

In terms of realism, FIFA 18 slightly outperforms PES 18, particularly in its visuals. Player models feature more detailing such as shadowing and perspiration. In addition, the match locations feature a colour palette that one would see in a real-life game.

However, PES 18 takes the upper hand by offering a more streamlined experience. During gameplay, players interact with each other with good fluidity. Its colour palette features brighter tones, appearing more vivid and vibrant. 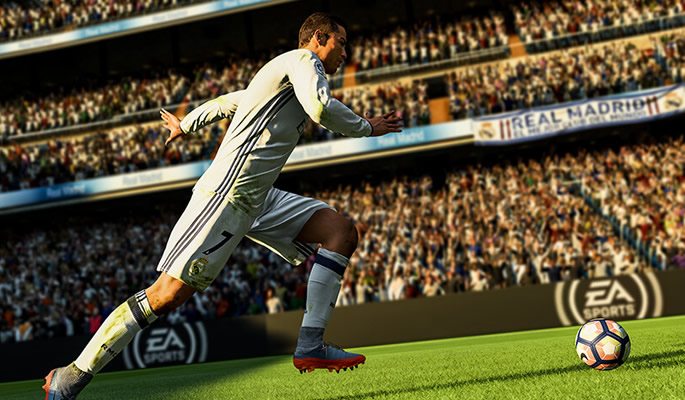 EA Sports and Konami have brought in a wave of new improvements for their titles. Keen to make gameplay a smooth, fun experience for their players.

Looking at PES 18 first, it introduces various improvements in the game mechanics. With footballers gaining better abilities in dribbling and taking possession of the ball, the title attempts to offer a subtle enhancement in its gameplay.

However, these aren’t always executed well. In addition, players may encounter some difficulty in defending the ball from others.

But when one looks at FIFA 18, it paints a different picture with a change in many of the game’s mechanics. For example, animations make the game feel sharper and fluid than predecessors. EA Sports has also improved upon its ball control, dribbling and crossing.

Lastly, gamers can now protect the ball effectively from their opponent. With all this considered, EA Sports has set the bar in its franchise and transformed into a healthy competitor against Konami in this area. 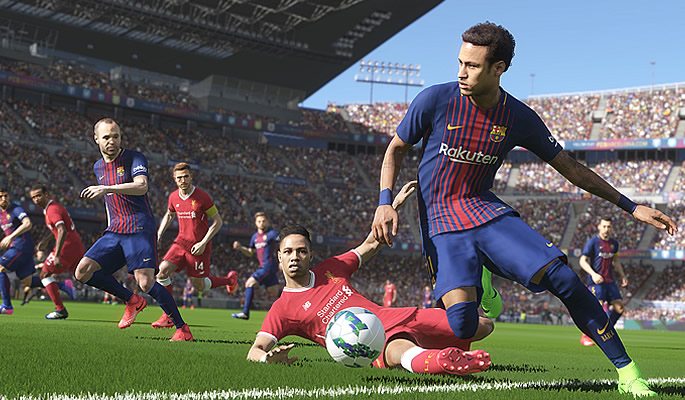 Arguably the aspect many esports fans will want to know lies in multiplayer.

PES 18 brings back MyClub and features sports stars such as Diego Maradona and Usain Bolt. Gamers also can play against their friends in 2v2 and 3v3 matches, with the ‘Random Selection Match’ making a return.

This feature allows you to pick legendary footballers onto your squad. Each player carries three cards, representing different stages of their career.

Connection to join matches feels streamless too, with lag only a minor occurrence. But unfortunately, these capabilities don’t follow on the Nintendo Switch. On this console, players are unable to play with friends, with an invite or party system not in place.

What else is included? 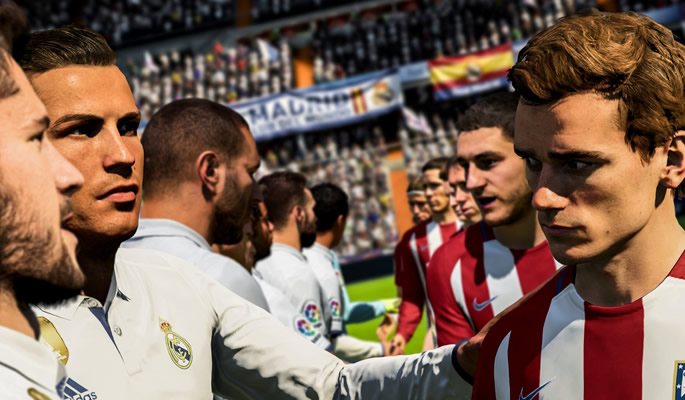 For 2017, EA Sports has now realised the potential capabilities Konami can bring with PES 18. Therefore, they have raised the bar and brought in various improvements in both their graphics and gameplay.

Altogether, both titles carry strong competition to each other. PES 18 delivers stunning visuals, while FIFA 18 aims for realism and high detail. Where the former attempts to implement subtle mechanics, the latter has overhauled gameplay to present outstanding matches.

In the end, it’s mainly down to the player on which they prefer; whether that be PES or FIFA. But both games are now catching up to each other with their performance. It seems then the rivalry seems as divisive as ever.