FIFA 18 Ultimate Team Icons Available to Play on PS4, PC and Xbox One

FIFA players on the PlayStation 4 and PC can now experience FUT at its highest level.

EA Sports has now released one of its highly-anticipated games of 2017 – FIFA 18. With many rushing to get the new title, it now contains a welcoming improvement for PlayStation 4 and PC users – they now have access to FIFA 18 Ultimate Team Icons.

29th September 2017 marked the game’s release, with players now experiencing the full game for themselves. Along with this new addition for PlayStation 4, PC and Xbox One.

Previous titles witnessed FIFA 18 Ultimate Team Icons, then known as Ultimate Team Legends, only available exclusively for Xbox. However, the new release ensures all gamers get the chance to play with these legendary figures of football.

But who are the newly titled Ultimate Team Icons? They are some of the best players in the history of the sport; the same set-up as Legends. In addition, EA Sports have included Stories cards for these Icons.

The tweak means these players will have three cards instead of just one. They reflect how the player’s style and skills have changed or developed throughout their career. Each card will represent a certain stage of their journey.

This change will also give FIFA Ulitmate Team (FUT) players the opportunity to choose a player with varying stats and positions to best suit their team. 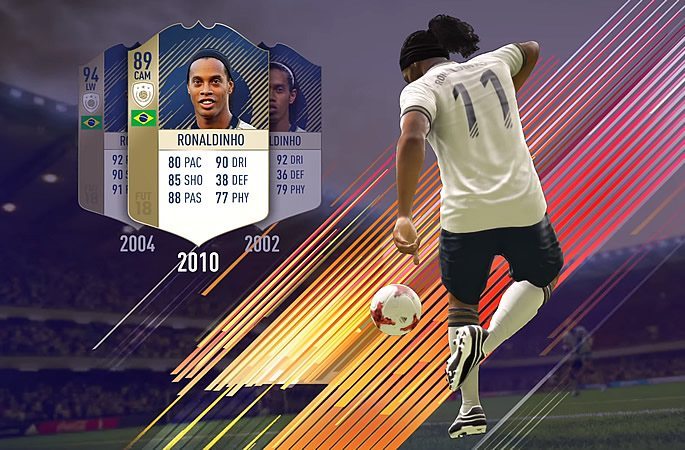 However, you can only utilise one player card in any one team. So players need to choose wisely.

FIFA 18 will include many legends from the previous editions of the game. Whilst also adding a host of new iconic players. It includes the likes of Pelé, Dennis Bergkamp, Ronaldo Nazário, Diego Maradona, Patrick Vieira and much more.

With this improvement, FIFA players on the PlayStation 4 and PC can now experience FUT at its highest level. Playing with some of the highest rated cards in the game, now readily available to them.

You can even buy FIFA 18 Ronaldo Edition, which provides exclusive features, for roughly £80, or the standard edition for around £50.

With the release of Ultimate Team Icons for all three platforms, the time for competitive FIFA has never been better! Make sure you get your copy of the new game, available worldwide on 29th September 2017.

Qamar is an English Literature graduate. He enjoys writing about everything from film and television to gaming and technology. He loves playing FIFA and supports Liverpool FC. "Do or do not, there is no try."