It won’t be too long until FIFA 21 releases and with Ultimate Team comes a new set of Icons that you may get your hands on.

He remains one of the Premier League's most iconic players

EA Sports is getting ready for the release of FIFA 21 and that means the return of popular game mode Ultimate Team. One aspect which always attracts attention is the announcement of new Icons.

Icons are some of the best players in the history of football and every player has three versions called Stories. Each card reflects a particular time during their career.

They mirror a player’s position and statistics during the time.

A fourth version called Icon Moments tends to be released during the FIFA year and it is the player’s best version within the game.

Usually, Icons are some of the rarest and most expensive cards to purchase with in-game coins. But new ways to generate coins faster make them more accessible.

This means more gamers get to use some of their favourite players growing up in their own Ultimate Team.

FIFA 21 marks a milestone when it comes to Icons as the new batch along with the current crop of players takes the total up to 100, hence the name FUT 100.

With the game releasing on October 6, 2020, we look at the new Icons in more detail. 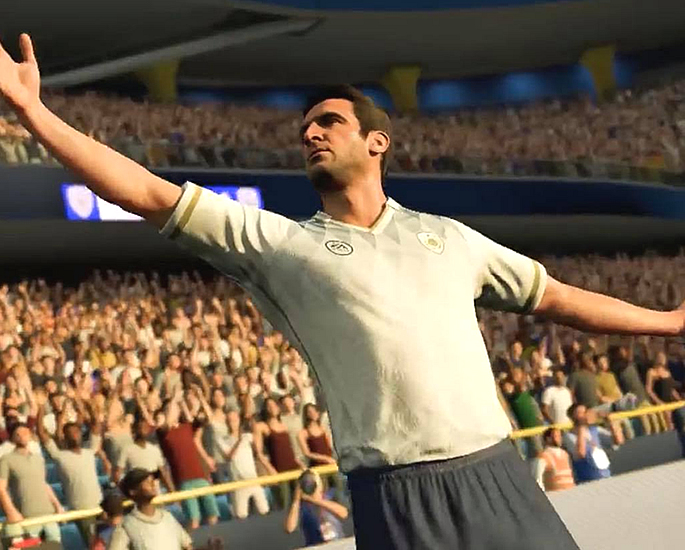 Perhaps the most anticipated Icon coming to FIFA 21 is Eric Cantona. He was revealed as the first new Icon for the upcoming title during the reveal trailer.

The French forward was a player who made history every time he stepped onto the football pitch.

His approach to the game was totally unique in England, however, his stylish talents coupled with a competitive drive made him very popular.

He remains one of the Premier League’s most iconic players and now he will be a part of Ultimate Team.

Ultimate Team players will be excited to try and get their hands on Cantona, especially Manchester United fans.

But expect his card to be one of the most expensive so players would have to be extremely lucky just to get one of his cards. 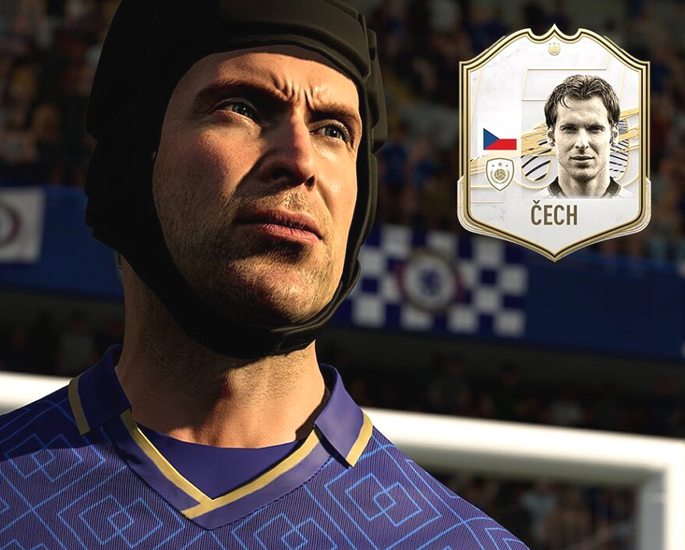 Although goalkeepers tend to be the least appreciated position in FIFA Ultimate Team, it is hard to deny Petr Cech’s iconic status, especially when considering that he holds the record for most Premier League clean sheets.

The Czech Republic national is a fully deserved addition to FIFA 21 as an Icon, especially when considering that he only retired in 2019.

He was incredibly consistent in goal for Chelsea. During his 11 years at the club, he won four Premier League titles, four FA Cups and the UEFA Champions League.

Cech ended up making the move to big rivals Arsenal where he won another FA Cup.

Despite leaving Chelsea for Arsenal, he was still appreciated by the Blues.

He was known for his concentration and leadership so FIFA players may want to consider Cech as a goalkeeping option for their team. 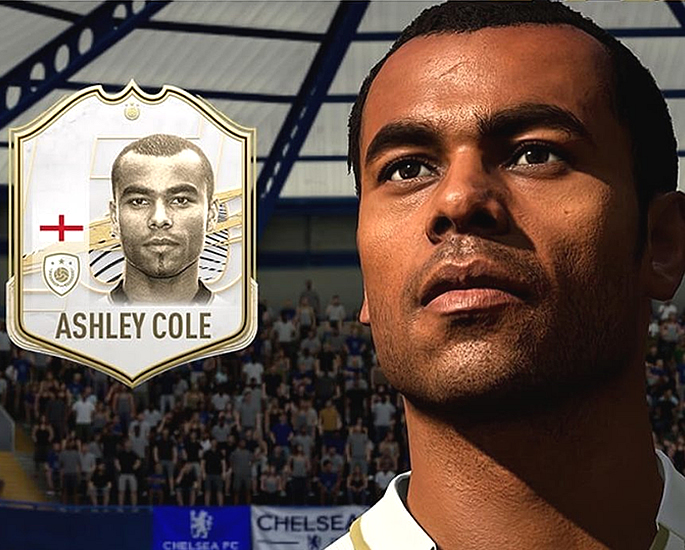 Another former Arsenal and Chelsea player who will return to FIFA 21 as an Icon is Ashley Cole.

The Englishman becomes another left-back option when it comes to Icons.

Cole was part of the history-making Arsenal ‘Invincibles’ during the 2003-04 season. With the Gunners, he won two Premier League titles and three FA Cups.

He made the move to Chelsea where he continued winning major trophies.

FIFA 21 players may see one of Cole’s Icon cards as a viable option for their team. Cole was more attacking during his early days so expect his base card to be more attack-minded.

For those looking for a solid defender on the left-hand side, it is likely that Cole’s other cards will be more well-rounded.

Fans of the England national team can also try and recreate it in their teams as there are so many English Icons in FIFA. 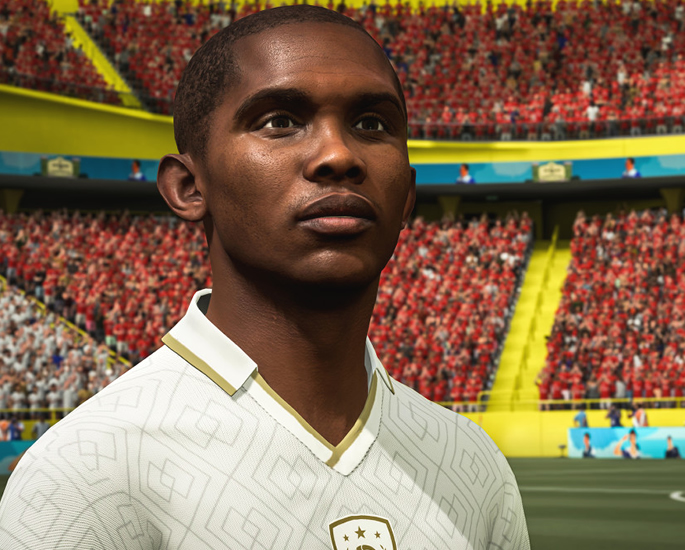 Potentially one of the most popular FIFA 21 Icons is Samuel Eto’o.

A clinical finisher, coupled with pace and skill, it is no surprise that he is widely regarded as one of the greatest African players of all-time.

The striker played for various clubs around the world but wherever he went, there were goals.

He was a marksman on the pitch so it is likely that all Icon versions of Eto’o will have no problem finding the back of the net, it is just a question of how much he will be on the Ultimate Team market.

While the more expensive ones will have better overall stats, expect that all of them will have pace and sublime finishing. 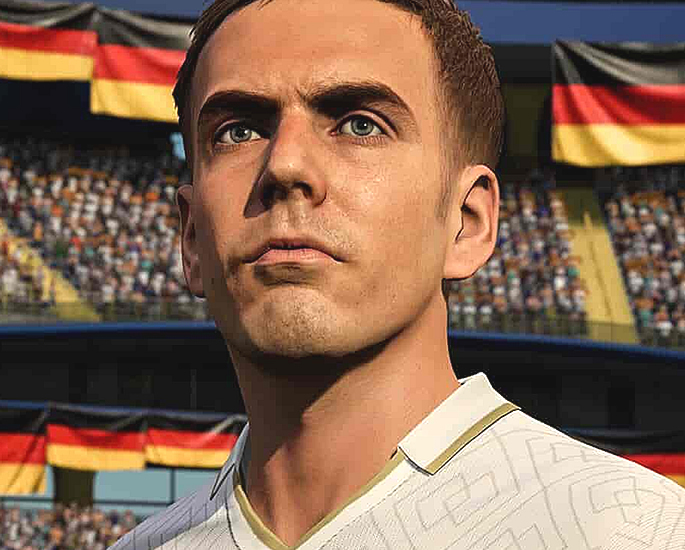 One of the most exciting Icons coming to FIFA 21 is the former Bayern Munich and German national team captain Philipp Lahm.

He was one of the most consistent and technical footballers around.

“He’s one of the most fantastic players I’ve ever trained in my life. Even talking about the most intelligent players, he is one of them.”

Lahm won over 20 titles including the World Cup and UEFA Champions League, so he is a fully deserved Icon in FIFA 21.

One exciting aspect of Lahm’s inclusion is that he was a versatile player so it is likely that his different versions will be in different positions.

While he is best known as a full-back, during his later years he pushed up into central midfield. This prospect means that gamers can choose whether to have a solid defender or well-rounded midfielder. 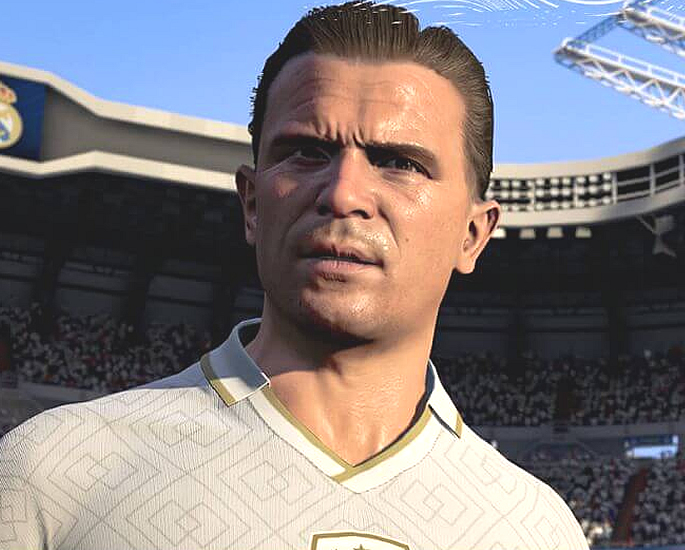 Although many FIFA players may not have seen him play, they have heard of him. When it comes to football history, there are few players who stand as tall as Ferenc Puskas.

The Hungarian is widely regarded as one of the greatest forwards ever. Puskas helped Real Madrid to three European Cups.

He also helped Hungary to a World Cup final, amassing 84 goals in 85 appearances for his nation.

Puskas is held in such high regard that the FIFA ‘Puskas’ Award is named after him. It is awarded to the scorer of the best goal each year.

In FIFA 21, all versions of his Icon cards are certain to have high dribbling and clinical finishing.

However, the prospect of high stats is bound to come at a high price. So if you are willing to part with your hard-earned coins, then Puskas is an Icon option to go for. 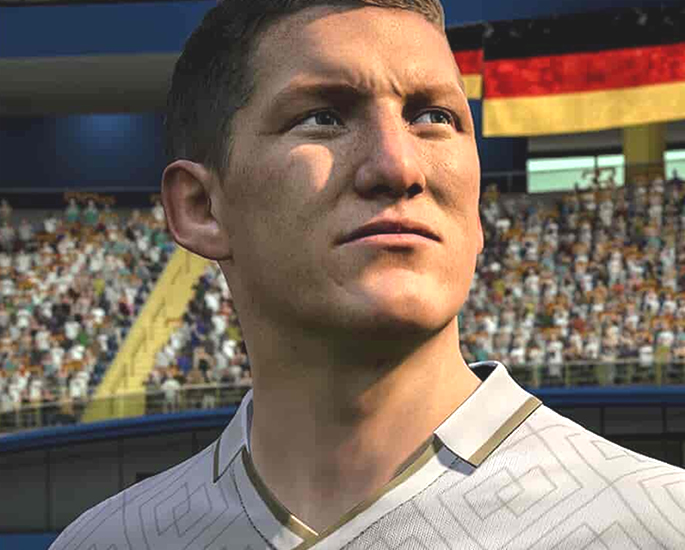 Fans of the German national team are especially eager to play with Bastian Schweinsteiger after it was announced that he would be an Icon in FIFA 21.

He was a major part of Germany’s golden generation and was renowned for his solid play, technique and craft.

Schweinsteiger’s base Icon card is likely to be a winger position because that is where he initially played.

While there will be a few gamers who will go for this card, many will prefer his central midfield cards where he was best known.

His stats are set to be more well-rounded with a preference towards his passing and shooting.

Ultimate Team players can link him up with the likes of fellow Icons Miroslav Klose, Michael Ballack and Philipp Lahm should they want to recreate the famous German national team. 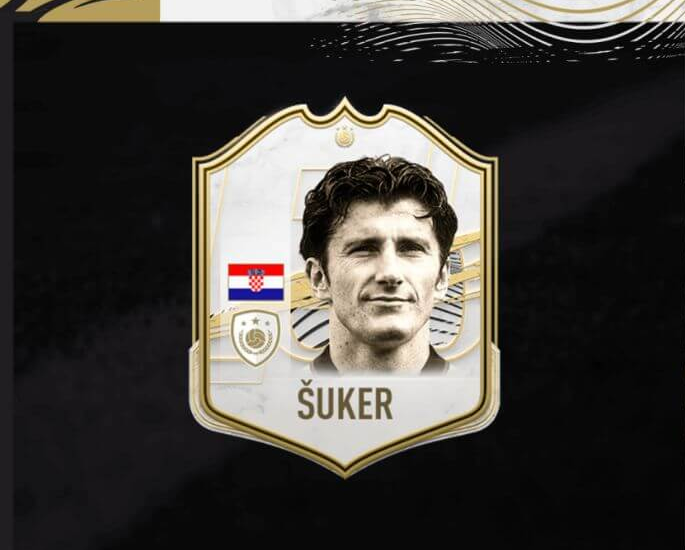 Davor Suker may be a new Icon for FIFA 21 but he has been in previous games. Prior to Icons, there were Legends and Suker was one of them.

He is arguably Croatia’s most iconic player and looks to be a solid addition to many people’s teams.

He will probably have great stats but be far cheaper than other Icon strikers, meaning that he will be easier to get your hands on.

Suker was a consistent scorer for Sevilla before moving to Real Madrid and becoming one of his generation’s best strikers.

During the 1997-1998 season, he helped Madrid to a league and Champions League double.

Suker also fired Croatia to the FIFA World Cup semi-finals in 1998, winning the Golden Boot. He remains Croatia’s all-time top scorer and has cemented himself in football history.

Suker’s virtual presence will be felt once FIFA 21 comes out. 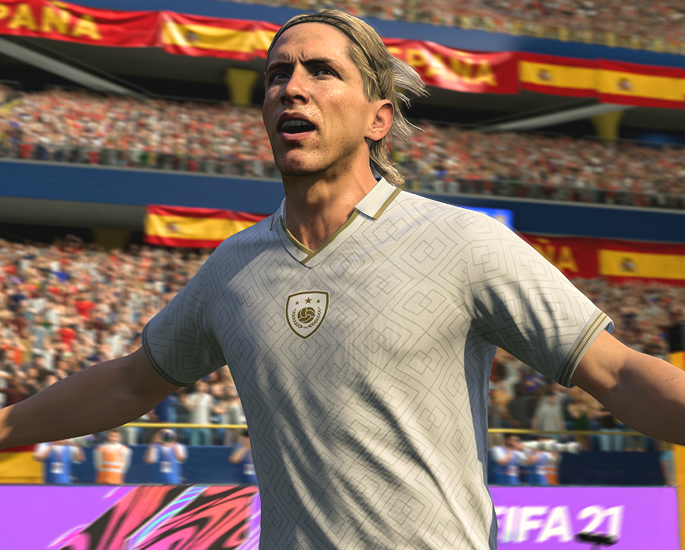 Fernando Torres is perhaps one of Spain’s most iconic strikers and now, he will carry many people to victory in FIFA 21.

Torres had a long career which took off while playing for his boyhood club Atletico Madrid. He scored 82 goals in 214 appearances and was the captain at just 19.

While he started off at Atletico Madrid, it was at Liverpool where Torres became a household name.

He was part of a dominant Spain squad that won consecutive European Championships and a World Cup in between.

On the FIFA pitch, Torres early version will likely be as a teenager at Atletico Madrid while his Prime will be at Liverpool, boasting high pace and finishing. 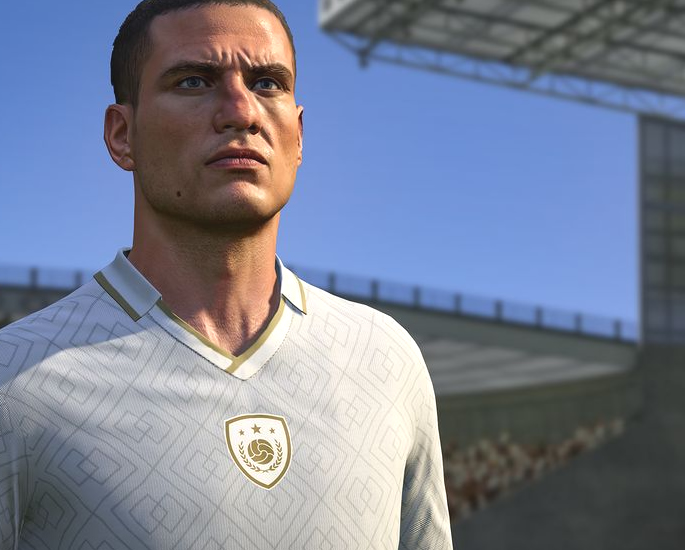 Nemanja Vidic is one former player which has been on the Icon wishlist for many and in FIFA 21, that will finally happen.

The Serbian was one of the toughest defenders in the Premier League and strikers had a difficult time trying to get past him.

Vidic was a typical “front-foot” defender who liked to get ahead of the attacker, using a combination of grit and tactical balance.

Manchester United fans are excited at the prospect of being able to recreate the legendary partnership of Vidic and Rio Ferdinand, who is considered to be one of the best Icon defenders on FIFA.

Vidic’s Icon cards will likely not be as pacey as Ferdinand’s but his defensive and physical stats will potentially surpass his former teammate. 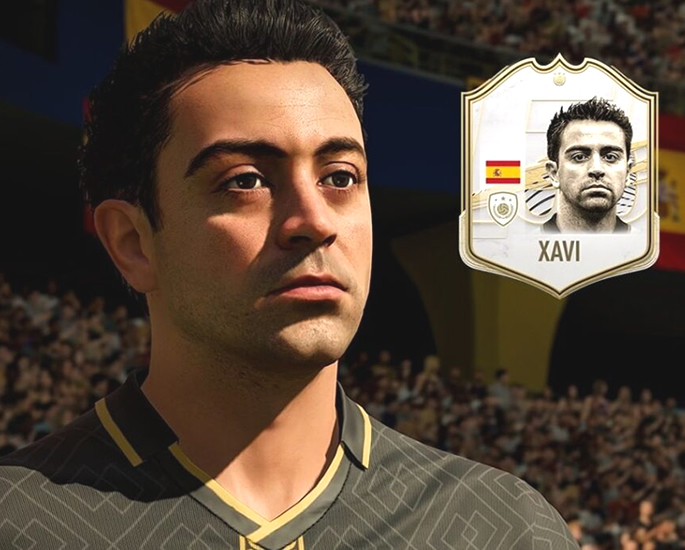 Xavi is one of the most storied midfielders of all time and he will now return to FIFA 21 as an Icon.

He was a player who could dictate the pace of a game, using his intelligence and superior passing ability.

The Barcelona legend formed an iconic partnership with Iniesta and together, they won more than two dozen trophies for the club.

Xavi was also part of the Spain squad which dominated for almost a decade with their intricate style of play.

In FIFA 21, his passing and dribbling ability has the potential to be in the high 90s.

These strengths could be used to their full potential if surrounded by quick players with strength.

With Xavi, picking out the most difficult passes will be far easier in FIFA 21 Ultimate Team, however, he is bound to be one of the most expensive new Icons, given his potentially high stats.

These 11 new Icons increase the already huge selection of Icons to 100.

While there are three, potentially four, versions of each player, it is clear that some will be better than others and therefore more expensive.

However, the wide plethora of former players to choose from will make Ultimate Team squads more diverse when FIFA 21 comes out.

Dhiren is a journalism graduate with a passion for gaming, watching films and sports. He also enjoys cooking from time to time. His motto is to “Live life one day at a time.”
10 Best Mobile Games in India of 2020
Samsung Galaxy M51 India launch date confirmed