Indian origin player Sarpreet Singh made history when he made his senior debut for Bayern Munich on Saturday, December 14, 2019.

"It's awesome story for all the young kids here who are dreaming."

New Zealand national Sarpreet Singh became the first Indian origin player to play in the German Bundesliga when he made his first-team debut for FC Bayern Munich.

He also became the first New Zealander to play in the league since Oceania Footballer of the Century Wynton Rufer (NZL).

The 20-year-old attacking midfielder had been assigned to Bayern’s reserve team, but his pre-season performances against Real Madrid and Arsenal were impressive.

Singh was one of four players to be given the opportunity to train with the first team and on Saturday, he got his big break.

He came on with eight minutes remaining at the iconic Allianz Arena, replacing Brazilian maestro Philippe Coutinho who had scored a hat-trick in the match.

Singh had been an unused substitute eight times before being given his debut.

He had arrived from A-League side Wellington Phoenix during the summer transfer window and his Bayern Munich debut impressed many including Rufer.

He believes that Singh’s stock will skyrocket following his “phenomenal” debut.

He was especially delighted at the fact that Singh’s debut came against his former club Werder Bremen.

“It’s awesome story for all the young kids here who are dreaming. It’s possible.” 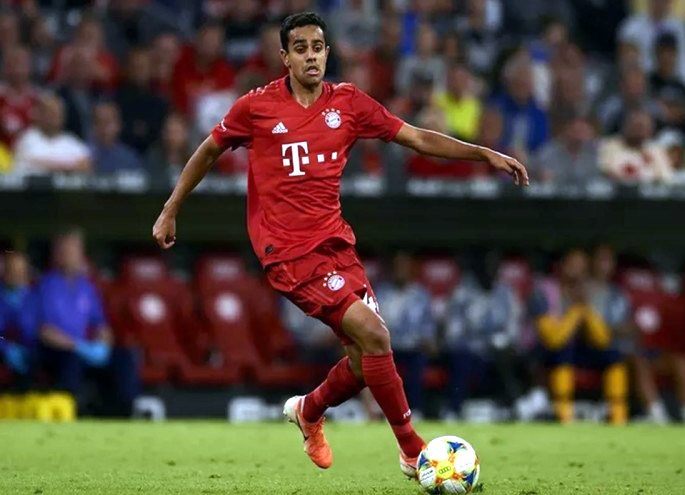 Sarpreet Singh played in India when he was part of the New Zealand squad during the 2018 Intercontinental Cup.

He scored his first goal for the national side against Kenya at the Mumbai Football Arena before playing against the likes of Sunil Chhetri (IND).

Sarpreet got involved in the senior team in February 2017 as a substitute against Melbourne City.

He made 39 league appearances for Phoenix before making the move to Germany. Singh signed for around £500,000 but Rufer expects his value to significantly increase after just one game.

Rufer told Stuff: “Even if it was just one minute because once you get on the field you’ve got a game.

“One game is more than none and just to get on the field for Bayern Munich is a big deal. His value overnight has gone up $5 million.

“In terms of turnover, the four biggest clubs in the world are Manchester United, Barcelona, Real Madrid and Bayern Munich.

“They can pick in any player in the world. They spend millions just on the scouting system alone.

“They can choose anyone and they chose our New Zealander Sarpreet Singh, and now he’s getting on the park.”

The team is also through to the UEFA Champions League Round of 16, being the only team to win all six games.

They are currently led by interim head coach Hans-Dieter Flick, who took over following the sacking of Niko Kovac.

Dhiren is a journalism graduate with a passion for gaming, watching films and sports. He also enjoys cooking from time to time. His motto is to “Live life one day at a time.”
How Did Sania Mirza really meet Shoaib Malik?
Which British Asian Football Players Made their Mark?