British Asian boxer, Sanjeev Singh Sahota, makes his Pro Debut on April 2, 2016. He talks exclusively to DESIblitz about his upcoming fight and more.

"I’m a come-forward, aggressive, body puncher fighter who has a real determination to succeed"

The 24-year-old, who hails from Hornchurch, East London, will travel across the capital to Harrow (north-west London) for his first senior bout.

Sanjeev Singh Sahota has taken some time out from his rigorous training schedule to talk to DESIblitz.

Here is all you need to know about the stylish super lightweight fighter, and of course his opinion on the upcoming Khan-Canelo showdown.

“I was born in the UK, while both of my parents were born in Punjab, India. I spent most of my childhood in Essex, before spending my latter teenage years in Spain. Right now, I’m between the UK and Spain, just concentrating on my boxing career.

“I want to stress to people of all communities – especially Asians – that if you work hard, nothing is impossible.”

How are you feeling about making your professional debut?

“I’m nervous, as expected, but I’m feeling strong and ready to go.

“It’s been a long and tough journey, but if you want to make your dreams come true then you have to work hard.” 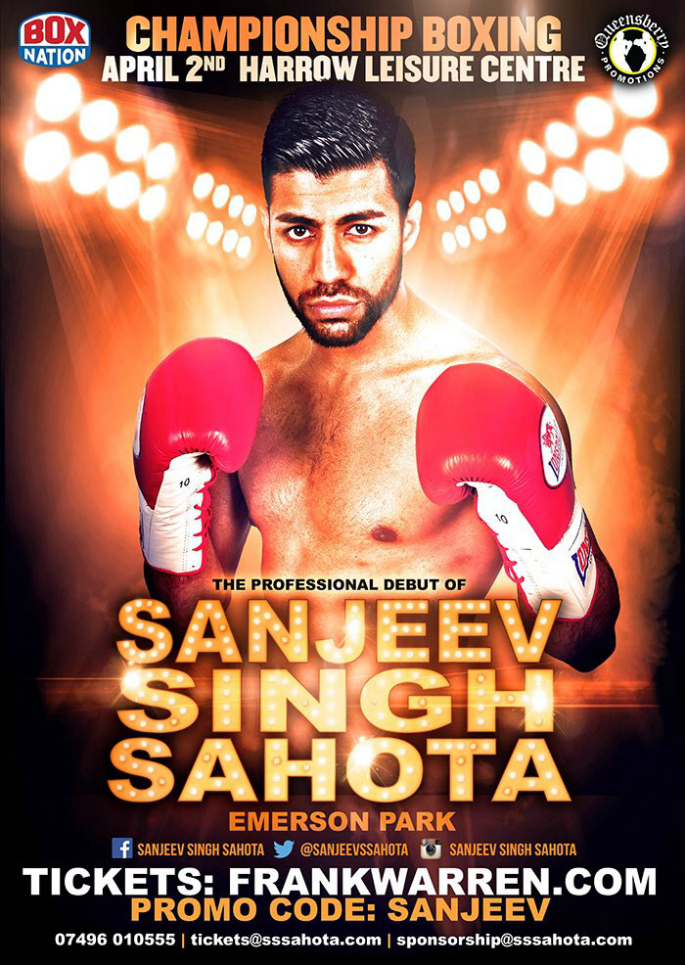 What is your style of boxing, and who do you look up to within the sport?

“Much like Miguel Cotto and Saul Alvarez, I’m a come-forward, aggressive, body puncher fighter who has a real determination to succeed and not give up.

“I admire several big names in the sport, past and present.

“Four time, and two weight, world champion, Ricky Hatton, is my all-time favourite – he was a true home champion. I respect Amir Khan for what he has achieved and done for the Asian community, and Muhammad Ali for being a great world ambassador for the sport.”

“But also Canelo for being a young, fresh, aggressive fighter, Floyd Mayweather Jr for his intelligence, and Manny Pacquiao for his incredible journey to becoming a great.”

Tell us more about your diet and training.

“Being a lover of food, and especially Indian cuisine, it’s hard. My diet is just as important as the physical training, it’s a big factor in the overall performances of any athlete.

“I’m trying my best to balance it all out and resist my temptations.

“Boxing is a lonely sport, but my family and my team have been excellent and supported me. The training has been hard, but I hope that it will pay off.”

What are your plans for the rest of 2016 and beyond? 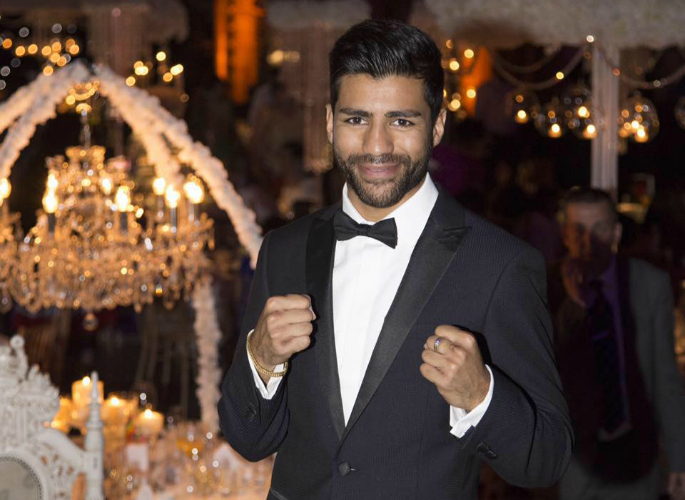 “While remaining focused on my career, and trying to win as many belts as possible, I also want to be able to mentor young Indian children to pursue their own boxing dreams.”

How do you feel about comparisons to other Brit Asian fighters?

“Inevitably it’s going to happen, but boxers like Khan and Prince Naseem have achieved so much, so it’s not a bad comparison!”

Other than boxing, do you have any other sporting interest?

“I enjoy all physical sports, and hitting the gym.

“Kabaddi and wrestling are sports that my father plays a huge management role in, and I love them too.”

What about your musical taste, are you a bhangra man?

“Music inspires me. Because boxing is a very explosive sport, I enjoy chilled and relaxed music.

“So my kind of artists are more like Ed Sheeran, Adele and Bob Marley.” 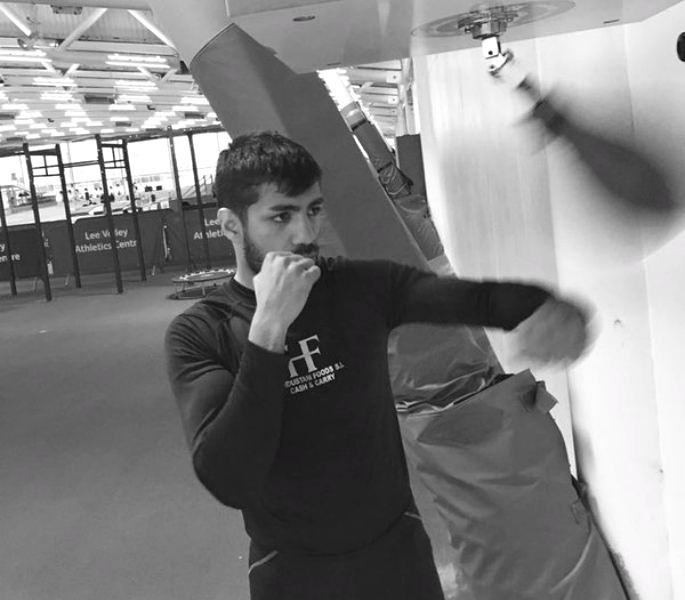 What is your opinion on the May 7 showdown between Amir Khan and Canelo Alvarez?

“This can go either way, it’s anyone’s fight.

“If Amir boxes wisely, and is able to take Canelo’s shots, he will win on points. But, if Canelo manages to catch Khan off guard with a clean punch, he may well win by KO.

A strong contingent of Asians will be taking part in the upcoming Championship Boxing event. Sanjeev Singh Sahota and Tony Bange will both be making their professional debuts.

They are due to be joined by Indian, Olympic Bronze medallist, Vijender Singh, as well as flyweight Prince Patel, and title challenger, Nav Mansouri.

These are good times for Asians in boxing. Sahota, Bange, Mansouri, and Prince Patel are just some of the names that we, as boxing fans, can expect to see more and more of as time goes on.

DESIblitz wishes Sanjeev Singh Sahota all the best for his future as a professional boxer.