Melbourne played host to an action-packed Formula One opener in the 2016 Australian Grand Prix filled with gripping drama for Force India from the off.

"It's not an ideal start of the season, especially after the good work we had done in qualifying"

It was certainly an eventful start to the 67th season of the Formula One World Championship for Force India.

We witnessed inspired tactical gambles, a huge crash, and the most nonchalant exit from a burning vehicle in the history of mankind.

Force India gave encouraging performances in the now abolished ‘Elimination Qualifying’ and under the difficult circumstances presented to them on race day.

A high impact accident at a crucial moment in the team’s strategy meant an arduous race for Force India’s drivers Sergio Perez and Nico Hulkenberg but the pair battled tenaciously nonetheless.

It was an experimental opener for 2016 as the controversial ‘Elimination Qualifying’ format was trialed; this meant the slowest two drivers would be eliminated from the three qualifying session at 90 second intervals. 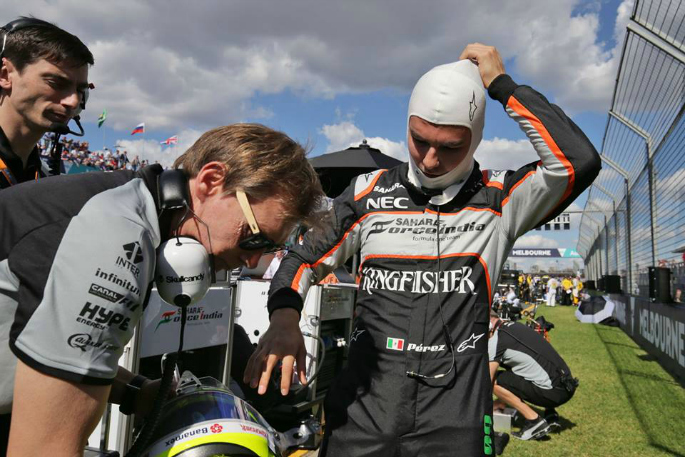 It was only three weeks ago when the FIA announced the introduction of the new system for the upcoming season in order to bring more unpredictability and excitement to proceedings, a decision which proved to be an ill-fated one.

Drivers were being eliminated from the pits, cars were repeatedly not on the track, Ferrari only made one appearance in Q3 and Lewis Hamilton secured pole with five minutes to spare.

As a result Elimination Qualifying has been dropped with immediate effect and qualifying will revert to the familiar three stage knockout system that had been in place since 2006.

Despite the mass confusion Force India ended up in the familiar 9th and 10th position lining up the fifth row of the grid. 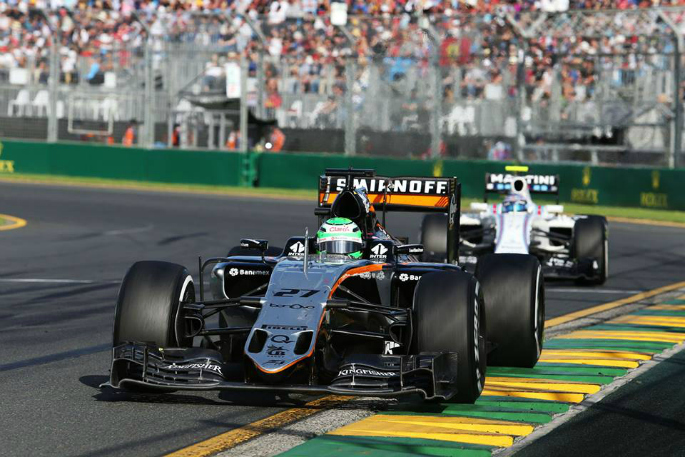 A great start from Hulkenberg saw the German climb two places by the end of the first lap.

Perez dropped to 11th place and the duo were making steady headway climbing the leaderboard throughout the first quarter of the proceedings.

However, the race was turned on its head during lap 17 when a high speed collision between Fernando Alonso and Esteban Gutierrez resulted in a red flag and a safety car restart from the pit lane.

The Force India drivers were on one-stop strategies and both had already made that stop prior to incident which meant predetermined tactics were thrown out the window and track position was lost.

Red flags can be either a blessing or a condemnation for teams and unfortunately it was the latter for Force India.

At the restart the Hulk was in 11th position and found himself stuck behind Haas’ Roman Grosjean for the majority of the race.

He had to multi-task between chasing after the Frenchman and fending off Valtteri Bottas in the Williams behind him.

He ended the race in 7th place and had this to say:

“To get some points in the bag at the first race is a positive way to start the year.

“It was not an easy day and it’s difficult to know what would have happened without the race being stopped and restarted … given all the circumstances, seventh place feels quite satisfying.” 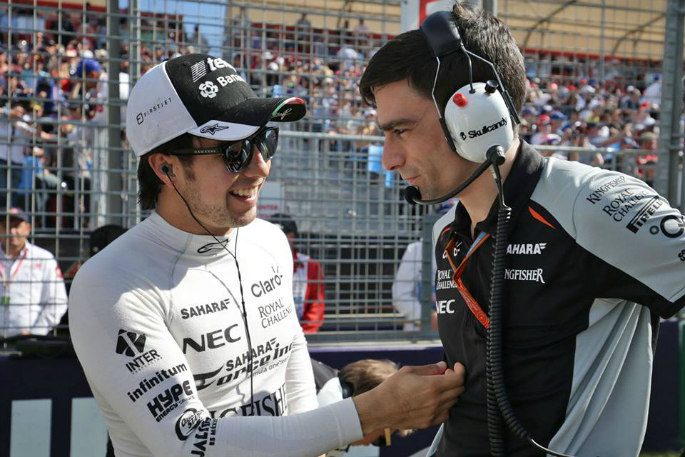 Comparatively, Sergio Perez had an even more frustrating day in Melbourne.

After dropping a couple of places in the opening exchanges, the Mexican found himself stuck behind Fernando Alonso who was on a faster compound tyre.

Then after the restart it was almost déjà vu as he was passed by Button who was equipped with the supersoft tyres and was in a similar rock and a hard place predicament akin to his teammate.

Perez was faced with the double effort of fending off the pressure applied by the Renaults at the rear whilst attempting to close in on the Williams in front.

Perez finished in 13th place and had this to say:

“It’s a real shame to finish outside of the points. Sadly the Safety Car and the red flag ruined our strategy, which was to stop only once.

“It’s not an ideal start of the season for me, especially after the good work we had done in qualifying yesterday, but we have to keep looking ahead and continue working hard.” 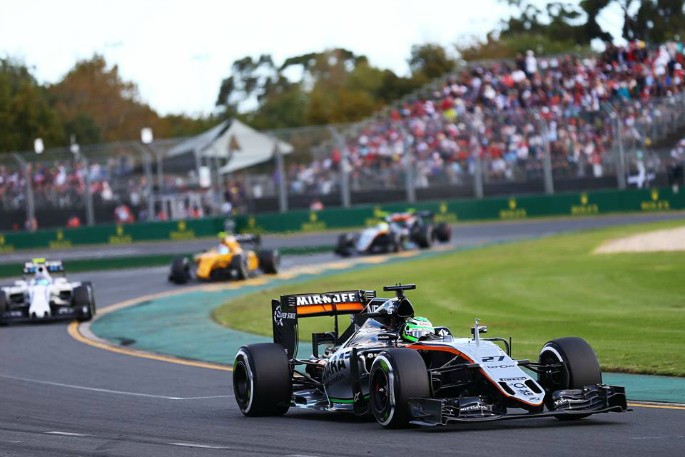 Considering how badly Force India were affected by the Alonso-Gutierrez collision the team should consider this as a satisfying result.

Red flags can be either a blessing or a condemnation for teams and unfortunately it was the latter for Perez and Hulkenberg.

Deputy Team Principal, Robert Fernley stated: “The first race is always a bit of a step into the unknown.

“Our strategy was shaping up very nicely with the plan to stop both cars only once, but the red flag reset the strategies of everyone around us and made our task much more difficult. So a day of mixed fortunes for us but at least we’ve got some points on the board.”

Hopefully external variables will not impact the team’s effort in Bahrain. After seeing a clean performance we will have a much better indicator of what Force India can achieve this season.