A teenage driver has been jailed for killing another driver in a £20,000 Audi. He boasted about driving at 142mph on Snapchat just the night before.

“Leeds to Rochdale in 11 minutes. Catch me.”

Addil Haroon, a 19-year-old driver with a provisional licence, has been jailed for six years after killing another driver in a high-speed crash.

The teenager was driving a hired £20,000 Audi A6 at 80mph in 30mph zone, when his vehicle smashed into another Audi driven by Joseph Brown-Lartey.

Not only did Addil go through a red light, the speed at which he was travelling also caused Joseph’s vehicle to split into two halves.

Suffering from multiple injuries, Joseph died at the scene at the junction of Bury Road and Sandy Lane in Rochdale, Manchester on November 9, 2014.

Instead of calling the police, Addil allegedly tried to escape the scene in a taxi. He also denied many times that he was the driver of the white Audi, hired by stealing a man’s driving licence. 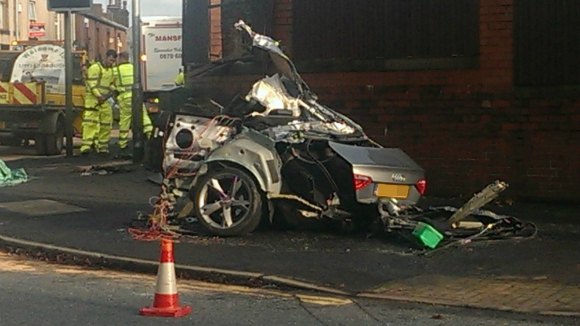 But his friends told the police that Addil, an NVQ student in car repairs, was behind the wheels. His DNA was subsequently found on the car’s airbag.

Further proof came from one of the teenage driver’s text messages to his friends, saying: “I was unlucky with those lights.”

The Manchester Minshull Street Crown Court also found it outrageous that Addil took a Snapchat photo the night before the accident of himself flying down the M62 at 142mph.

Accompanying the photo was a message that read: “Leeds to Rochdale in 11 minutes. Catch me.”

“The Crown say this is evidence of Mr Haroon’s attitude to the rules of the road and to his safety and the safety of others.” 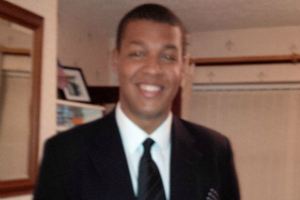 Judge Timothy Mort handed him a six-year sentence, while addressing Addil of the dire consequences he brought upon Joseph’s family and friends.

He said: “Nothing I can say in my sentencing remarks can come close to dealing with the appalling loss felt by Mr Brown-Lartey’s family and close friends. You clearly thought you were invincible.

“Your life is on hold, but [your] position at least does have the certainty that you can pick up the threads again. That is not something the family will be able to do.”

But it is also the judge’s ruling that Addil will only serve half of his jail time at a young offenders’ institute before being released on licence. This has sparked furious response from the public.

Heather Sibbald commented on Facebook: “We need new laws for this crime. It should be in the statute books as ‘Vehicular Manslaughter’ and carry a minimum jail sentence of 25 years. What he got is an insult to the victim and their family.” 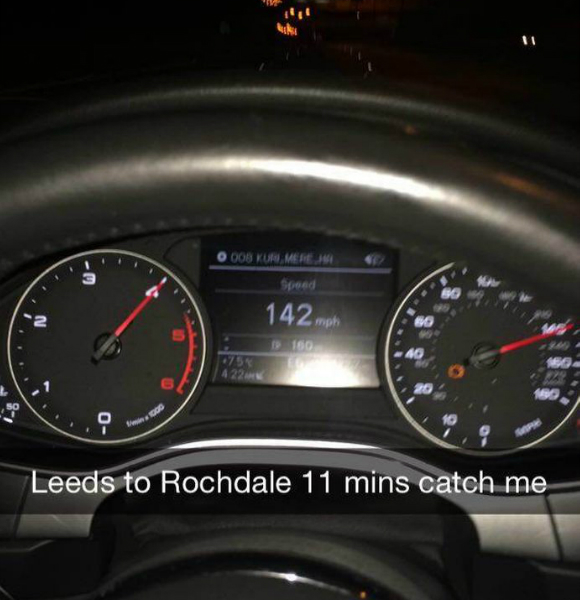 After being approached by the public, the Attorney General will now review Addil’s sentence to address the backlash.

A spokeswoman for the Attorney General’s office said: “We have been asked to consider whether Addil Haroon’s sentence is unreasonably low, under the unduly lenient sentence scheme.

The Attorney General will decide by June 25, 2015 whether Addil’s case will be passed onto the Court of Appeal.