A man in India has been allegedly charged with the murder of Birmingham millionaire and businessman Ranjit Singh Power. Power went missing after travelling to India on May 7, 2015.

"My father has been murdered in India. [We] will continue to do all we can to get answers."

A man has been allegedly charged with the murder of millionaire Ranjit Singh Power in India.

The Birmingham businessman, who owns Ramada Park Hall Hotel in Wolverhampton, went missing after travelling to India on May 7, 2015. He was due to return to the UK on May 14.

It was feared that he had been kidnapped after his family were unable to contact him.

His body is thought to be in a canal near a forest in Anandpur Sahib, Ropar. Police are still locating the 54-year-old.

Balwinder Singh, a Jalandhar police commissioner confirmed that a man had been charged over Power’s murder. 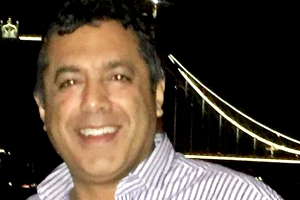 Local cab driver, Sukhdev Singh was arrested after confessing to the location of the body to police. Singh is the cab driver of Baldev Singh Deol, known to be Power’s friend and business partner.

It is thought that Power was killed over a property dispute.

The Foreign Office confirmed the death of British National Power in India. His family, who had put up a significant reward to find him, are distraught by the news.

Power’s son Gian (23) said: “My father has been murdered in India. [My sister] Emma and I will continue to do all we can to get answers.

“The police investigation will continue in both the UK and in India and we will continue until answers are found and justice is served.”

Angela Bir, who was Ranjit’s partner and ran the Ramada Park Hall Hotel with him added: “I would now like time to grieve and I am inconsolable that I have lost my soul mate.”

General Manager of the 4-star hotel, James Jagpal also said: “We have just been notified of the death of Mr Power, one of our directors.

“Mr Power was a large part of the Ramada Park Hall Hotel and Spa and I know the whole team here will be extremely upset.

“I will assure Mr Power’s wishes regarding the hotel will be delivered. At this time my whole team will need time to grieve for such a charismatic person.” 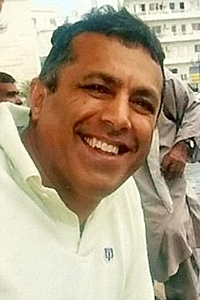 A spokesperson for the Foreign Office added: “We are in touch with the local authorities [in India] and we are awaiting further confirmation. We are providing consular assistance to the family.”

Power’s journey to India was described as a last minute business trip. Police believe that after arriving to Amritsar Airport in Punjab, he travelled to Phagwara, over 60 miles away.

He allegedly rang and spoke to his wife after landing in Amritsar, but this, May 8, was the last time he was seen or heard.

His family said that the lack of contact for a week was highly unusual for Power. Fearing for his safety, they contacted the authorities. At the time, Power’s 26-year-old daughter had said: “We are getting more and more distraught.

“Our fears are he may have been kidnapped or even worse. Father would contact England two or three times a day if not more.

“He is very careful and has always been aware of his security. He’s been in and out of the country as long as I have been a small girl and we know his traits.

“With him being quite a wealthy gentleman, security and safety has always been paramount to him.”

The driver Sukhdev Singh who confessed to Power’s murder was due to appear in court on May 31, 2015. Police are currently searching for Power’s business partner, Baldev Singh Deol, thought to be in the UK.

Nazhat is an ambitious 'Desi' woman with interests in news and lifestyle. As a writer with a determined journalistic flair, she firmly believes in the motto "an investment in knowledge pays the best interest," by Benjamin Franklin.
Snapchat Driver jailed for High-Speed Crash
Asian Man Escapes from Prison to ‘Test Security’