Haroon Ahmed has escaped from jail in Staffordshire by walking out its front door. He told reporters his prison break was an attempt to test its security.

“I just walked off with all the visitors and went through the security procedures.”

Haroon Ahmed, who escaped from HMP Dovegate on May 27, 2015, has told the media he broke out of jail in order ‘to test out the security’.

The Sunday Mirror reportedly located the 26-year-old convict in Costa del Sol in Spain, where sought legal counsel and spoke with the newspaper.

Haroon said: “In my own mind I wanted to test out the security. I thought I’ll give it a go – and walked out of the door. That’s how easy it was. I just kept on walking.”

Described by the police as a violent criminal, he allegedly walked out of the main entrance of the Staffordshire prison during visiting hours, even though he was on Dovegate’s ‘watch list’.

Serco, an outsourcing company that runs the prison, was alarmed by the incident and emphasised it was dealing with the matter ‘extremely seriously’.

Michael Guy, Serco’s director at Dovegate, said: “I have commissioned an urgent investigation into the circumstances of the escape.” 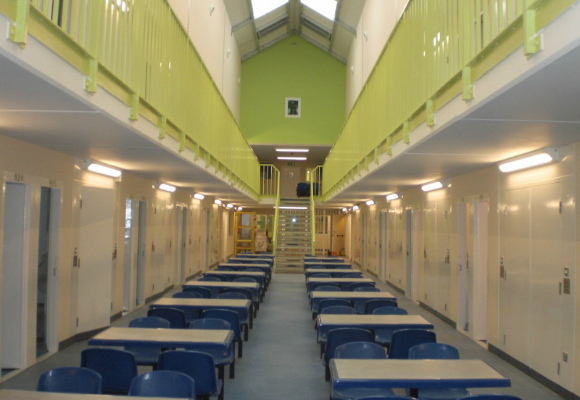 A spokesperson for the Prison Service commented: “Escapes from prison custody are extremely rare, but we take each one incredibly seriously. Public protection is our top priority.”

On May 31, 2015, Haroon was re-arrested by the police around Nottingham and explained how easy it was to escape from the prison.

Speaking to Sky News, he confessed: “Nothing was planned. I just got up when the visit was ending. I said to a prison officer ‘Is it okay for me to go home?’ as a joke.

“I just walked off with all the visitors and went through the security procedures. A prison officer escorted me to the gate.”

He added: “I know what I did was wrong. I just took an opportunity but I don’t want to be looking over my shoulder. I can’t run and hide forever.” 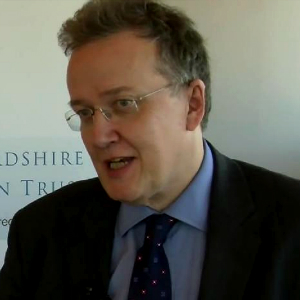 Security concerns at Dovegate has been recently highlighted by the Chief Inspector of Prisons, who published a report just a few hours after Haroon’s escape.

Nick Hardwick described in his report staffing levels were ‘very tight’ and inmates were not always under surveillance.

He wrote: “We observed short periods when no staff were present on the units, even though a number of prisoners were unlocked.”

Haroon has been serving his jail sentence at Dovegate since 2008 for robbing a garage. Alongside his accomplice, he was convicted after threatening a cashier at a service station with a knife and stealing £500 in cash and cigarettes.

Though Haroon has been taken back into custody, the police will continue to investigate his whereabouts and activities while he was on the run, including travelling to Spain by road.

In relation to his prison break, Haroon’s brother, Majeed Ahmed, has been arrested and charged with assisting a prisoner in escaping from prison. A black Volkswagen Golf has also been recovered as part of the investigation.

Majeed has since been released on bail. He is expected to appear at Burton-on-Trent’s Magistrate’s Court on June 25, 2015.