A man has been charged with the fatal stabbing of Bhavini Pravin. The 21-year-old was found dead inside a property in Leicester.

"Our world has been ripped apart by her death"

Following the fatal stabbing of 21-year-old Bhavini Pravin, a man has been charged with her murder.

Bhavini was stabbed to death at a property in Moores Road, Belgrave, Leicester.

On March 2, 2020, at around 12:30 pm, police were called to the property by paramedics who had attended the address to investigate a report of a woman being seriously injured.

Bhavini was pronounced dead at the scene and a murder investigation was launched.

Police confirmed that she was stabbed to death.

Hours later, a 23-year-old man was arrested on suspicion of murder.

Jigukumar Sorthi, of Evington, was subsequently charged with murder and possession of a bladed/sharply pointed weapon.

In a statement, Bhavini’s family paid tribute. They said:

“As a family, we could never have imagined that one day we would be issuing a tribute to Bhavini under such circumstances.

“Our world has been ripped apart by her death and we can’t believe she has gone. A light has gone out in our lives.

“Bhavini was a devoted daughter and sister, loved by all who knew her.

“She was beautiful, kind and sweet. Our lives will never be the same without her.”

“All we can hope for is Bhavini to be at peace and for our request for privacy to be respected.” 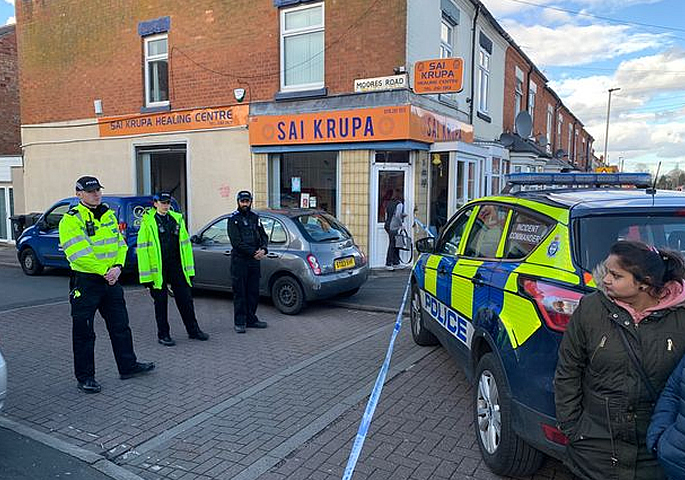 Sorthi appeared at Leicester Magistrates Court on March 4 where he confirmed his name, address and date of birth through a Gujarati interpreter on the end of a telephone.

He did not enter a plea to the charges.

Gurjit Gill, the chairman of the bench, remanded Sorthi in custody. He will appear at Leicester Crown Court on March 5.

Detectives have appealed for new information about the incident. Detective Inspector Kenny Henry said of Bhavini:

“Her family are understandably devastated by her death and we owe it to them, and Bhavini, to determine exactly what happened.

“Bhavini’s relatives have asked to be left alone at this difficult time to grieve and try to make sense of what has happened to their daughter.”

Based on inquiries, it is believed that Bhavini Pravin and her attacker were known to each other.

“We continue to appeal for information and would like to hear from anyone who was in the area of Moores Road at around lunchtime yesterday and heard anything out of the ordinary or saw someone acting strangely.

“Anything you can tell us, regardless of how insignificant you think it might be, could assist with our investigation.

“Equally, if you have any CCTV or dashcam footage from the area, I ask you to check this and to get in touch.”

Dhiren is a journalism graduate with a passion for gaming, watching films and sports. He also enjoys cooking from time to time. His motto is to “Live life one day at a time.”
Indian Woman gang-raped while in a Moving Car
Indian Woman Honey-Traps Man to Pay Brother’s School Fees