The Indian Premier League has been one of the most amazing transformations in making cricket popular internationally. With teams featuring some of the biggest names in cricket, it is the one tournament that brings them all together. After corruption scandals and shake-ups, the 2011 competition now has a new chairman and two new teams too.

After the expulsion of Lalit Modi from the Indian Premier League for corruption and embezzlement, the new season of IPL aims to start afresh. Season 4 has new teams and a new chairman, namely, Chirayu Amin.

The new chairman aims to clean up the mess left by Modi. Amin said: “We will try to make it a system-oriented management of the IPL. The government is looking into various issues and the BCCI and the IPL are supporting them. We will maintain full transparency. There is no hanky-panky. The BCCI is a democratic set-up. We are doing our utmost to make it work.”

The IPL 2011 now has 10 franchises compared to the previous 8. Therefore, Two new teams have been added to the IPL roster.

Pune Warriors owned by Sahara and Kochi owned by Kochi Cricket Private Limited are now part of the IPL tournament. 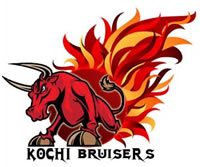 Kochi was also part of controversy, which involved the resignation of minister Shashi Tharoor from the Central Government due to irregularities in the financial dealings of IPL and the team. On December 5th 2010 the team was allowed to join the IPL after investigations.

Kochi is owned by a consortium of companies. After the initial shareholding issues for the team, the team was allowed to participate with the following new shareholdings: Anchor Earth (31.4%), Parinee Developers (30.6%), Film Waves Combine (13.5%), Anand Shyam (9.5%), Vivek Venugopal (5%) and Rendezvous Sports World (10%). 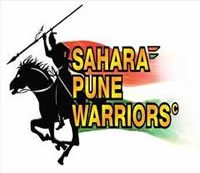 The Pune Warriors collectively known as the Sahara Pune Warriors was bought by the Sahara Group. Sahara Adventure Sports Limited made the winning bid of $370 million for the Pune franchise. The bid is the highest bid by any company in the short history of IPL. On March 22, 2010 Sahara group bought Pune IPL team for Rs 1,702 crore. They will play their home matches in the MCA Pune International Cricket Centre ground located at Gahunje roughly 25 km from Pune.

Interestingly, two teams ousted from the IPL by the Board of Control for Cricket in India (BCCI) have made their way back into the competition after hearings in the Bombay High Court. Rajasthan Royals co-owned by Shilpa Shetty and Kings XI Punjab co-owned by Preity Zinta have been both re-instated to be of the 2011 IPL.The Royals and Kings XI had their franchises terminated due to alleged violation of ownership and shareholding regulations in October 2010. 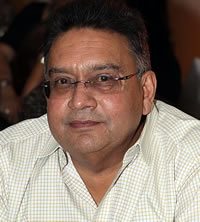 They have secured their participation in the IPL cricket tournament by agreeing to bank guarantees to the court. The court set a deadline for 3rd January 2011 for the two teams. Kings XI Punjabi to furnish guarantee of $10.63 million and Rajasthan Royals a guarantee of $21.5 million.

The BCCI however is still fighting court battles with the owners despite them being part of the fourth season. At the first players auction for the new season, chairman Amin said: “We are not discussing any court cases today. The game will go on and cricket will be delivered to the fans.”

The Season 4 auction has a total of 350 available for auction. As per rules, each player in the auction pool must mention reserved price. With this rule, franchise owners would not be able to bid lower than what is reserved by player itself. A player is allowed to set reserve price between $200,000 to $400,000. 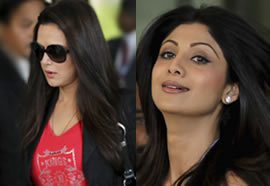 Rajasthan has only been allowed to spend USD 3.9 million at the auction, due to the pending court case with the BCCI. The owners are not happy with the way things have shaped up for them,. Shilpa said at the auction: “It’s like going to an auction with your hands tied behind your back. It is really frustrating.”

Preity Zinta has been actively communicating her team’s activities on Twitter and tweeted: “Thank you guys for all your suggestions for the IPL auction ! Do let me know your thoughts on our new. KXIP squad ‘:-)” 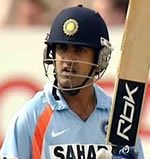 The other Bollywood star in the race to strengthen his team was Shahrukh Khan at the auction. His Kolkata Knight Riders side, bought Gautam Gambhir for an IPL record cost of a $2.4 million. Making Gambir the most expensive player in the IPL to date. SRK also splashed out on big-hitter Yusuf Pathan for $2.1 million and South African star Jacques Kallis for $1.1 million.

After all the scandals and issues surrounding the IPL, hopefully, the players will show what this tremendous tournament really stands for and provide entertaining cricket at the most highest level. Full of the excitement, thrills and action for which the IPL has been recognised for in the annual sporting calendar.

Do you have confidence in the IPL anymore?

Baldev enjoys sports, reading and meeting people of interest. In between his social life he loves to write. He quotes Groucho Marx - "The two most engaging powers of an author are to make new things familiar, and familiar things new."
Blackburn Rovers owners – Indian
IPL 2011 Teams and Players