With the growth of foreign owners investing in British football clubs, Blackburn Rovers is the latest club to have overseas investment. This time it’s the Venkty’s London Limited, an Indian company belonging to the Venkateshwara Hatcheries Group, who have made their millions in the poultry business. But not everyone seems to be happy about the takeover.

"It's about being a better football club"

The hilarious Goodness Gracious Me show had sketches where the Indian father (Sanjeev Bhaskar) would tell his son (Kulvinder Ghir) that everything around him was of Indian origin or ownership, despite his son’s outcries of it not being the truth! But something that is the truth is that English Premiership Blackburn Rovers football club now has owners that are Indian. The new owners are Venky’s London Limited who bought the 99.9% of the club’s shares for £23 million on 19th November 2010.

Venky’s London Limited is a new subsidiary venture under the Indian company Venkateshwara Hatcheries Group. The VH Group specialises in chicken meat processing, and pharmaceutical products for both poultry and human usage, and this is how it made its millions. The Venky’s company is headed by Pune-based businessman Venkateshwara Rao (also known as Venkatesh Rao) jointly with his brother BIlalji Rao, and it’s chairperson is Anuradha J Desai. 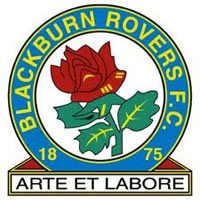 The aim of the new owners is to turn the team and club into an entertaining entity playing football that will give them a top-five finish in the Premier League.

Venkatesh said of the acquisition: “We are all truly honoured to be working with such an historic club and are committed to creating a long-term financial platform which the Club can use to realise its obvious potential on and off of the field.”

Anuradha pleased with the takeover, said: “We are delighted, proud and humbled to be associated with Blackburn Rovers, a team with whom we share many values and ambitions. Going forward we plan to focus on leveraging the global influence in establishing Blackburn Rovers as a truly global brand.” 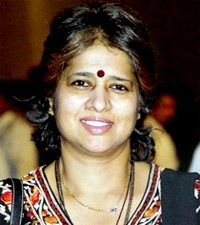 Bilalji Rao, the co-director of the club said: “Blackburn Rovers fans will be delighted to add to the family a huge Indian and Asian fan base.”

Many are not too sure about the knowledge and experience the new owners have about football because it’s been revealed that Venkatesh, who has watched Rovers along with his brother Balaji, took a crash course on football recently and also rely heavily on Kentaro AG, a Swiss football agency that advises them.

Blackburn Rovers has a debt of around £21 million. But it is not clear whether the new owners will pay off the club’s debt. Venkatesh, previously valued the takeover at £46m, which is close to the combined value of the shares and debt. Upon completion of the deal, Venkatesh said:

“We spent £23 million to buy the shares and the rest was spent in loan and other stuff. We spent £53 million for the whole package.” 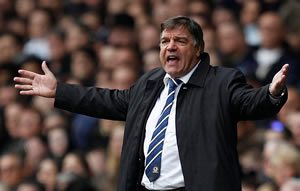 The biggest story related to the takeover of the club is the dramatic sacking of Sam Allardyce, the Blackburn Rovers manager who had shaped the club into mid-table position. Many people in the football community are bemused and not at all happy how the manager was dismissed.

Sam himself is very shocked and disappointed with his dismissal, he said: “I’m not quite sure, that [the reason for his sacking] hasn’t really been explained to me. I’m a little confused in my own mind at the moment, the reality will kick in over the next few days. For now it’s just about me thanking everybody at Blackburn, I had a fantastic two years there with everybody. I think we did well with the circumstances that I took over and how we built the club going forward.”

Some wonder if Blackburn’s recent performance was a reason for Sam Allardyce’s departure on December 13th, 2010.

Anuradha Desai spoke about the decision to sack Allardyce and said: “It has been a long time in our minds. It is nothing against Sam but we have a different vision looking forward and we want the club to grow.” Venkatesh said: “It’s about being a better football club, it is nothing against anybody. It’s nothing against Mister Sam. All the best to him.” Clarifying reasons for Sam’s dismissal from Ewood Park.

It seems Venky’s have a master plan for the club but obviously the first phase has had a rocky start. Desai wants to make sure that the fans see change for the better at the club. She said: “The fans should trust us because this is in the best interests of the club. Our thinking now is that it will be a British manager. But we are open if there is an outstanding candidate, someone who would be really, really good for the club.” 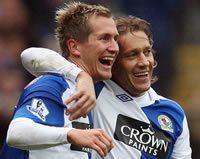 It’s reported that many of the players were not happy the way Sam Allardyce was dismissed. Former managers, Kenny Dalglish and Graeme Souness, the last two managers to win trophies at Blackburn Rovers, have insisted that Venky’s must invest heavily if they are to progress following the sacking of Sam Allardyce.

Until a new manager is found, Steve Kean will be the caretaker manager of the team. There rumours of Diego Maradona, the Argentine player and manager being considered for the post have been quashed by the owners. The owners have said they will take their time appointing the ‘right’ man for the job. 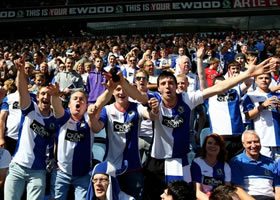 This raises the question of does the colour and ethnic background of owners have anything to do with their business decisions? Or is it that the new owners have been too hasty to make major decisions such as sacking a manager with a decent track record?

With British football attracting more and more foreign ownership, its evident that overseas business people see clubs as major investments. Perhaps what they don’t see or understand is that racial connotation has riddled the beautiful game in this country through its evolution, be it monkey chants for the first black footballers or a lack of acceptance for anyone not being British being involved at a high level, especially such visually publicised ownership.

Let’s hope the new Indian owners have their new-look team in place shortly and deliver their dream for Blackburn Rovers, otherwise the repercussions will be not be very palatable if they fail.

Baldev enjoys sports, reading and meeting people of interest. In between his social life he loves to write. He quotes Groucho Marx - "The two most engaging powers of an author are to make new things familiar, and familiar things new."
Amir Khan defeats Marcos Maidana
IPL 2011 – New Teams and Chairman