Amir Khan showed that he’s got it what it takes to prove himself as a serious warrior in the boxing ring. The fight with Argentinian, Marcos Maidana, in Las Vegas, was tough, fast and vibrant. Khan won Maidana on points after the 12th round and he knows it wasn’t easy to stay on his feet against such a hardcore opponent.

Amir Khan survived a brutal 10th around against Marcos Maidana at the Mandalay Bay in Las Vegas on 11th December 2010 and won the fight holding onto his WBA light-welterweight title. Judges of the tough fight awarded him the points as the winner, at the end of the full twelve rounds.

The fight left the British fighter in such a state that he was taken to hospital straight after the fight for a CAT scan. On his way, he mumbled through his cuts, bruises and dressing, and said: “I proved tonight I’ve got a chin.”

Khan added: “What a great fight it was, man”. “I’m sure HBO are happy. I’m sure Sky are happy. This is boxing, and you have to fight the best. You can’t take any shortcuts.” 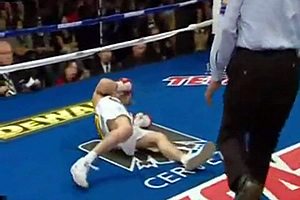 The venue filled with over 4,500 fans when wild when it saw Khan bring down Maidana onto the canvas with 20 seconds before the bell in the first round. Maidana crumbled and rolled on the floor of the ring for a few moments after Khan’s punches but was up again to carry on. Khan continued the fight strong with good combination punches with many on target. His fight was beefy and strong. Maidana kept his hold and to defended himself very well.

Maidana, has a reputation as a fighter who is not always following the rules and had a point deducted by referee Joe Cortez in the fifth round. This was after he tried to elbow Khan during a break in punches. The elbow missed and hit the referee in the chest. 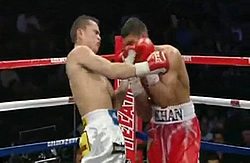 In the 10th round the fight took an incredible turn when the Argentinian Maidana built up unrelenting strength and hammered Khan from one end of the ring to the other with 23 power punches. Referee Cortez stepped in to break up the scuffles as Khan received multiple punches on his face and head in succession. But Khan showed that he had progressed from a boy to a man by taking all Maidana threw at him for the three minutes of the gruelling round. Any other fighter of similar ilk to Khan would not doubt have been destroyed by Maidana’s blows but the Amir showed amazing resilience to hold onto his title.

Commenting on the 10th round and fight, Khan said:

“He was strong. I hit him with some big shots. And there were times in the fight when I got caught, but took it.”

Khan responded in the 11th and 12th rounds with a string of quick and sharp punches hitting back at Maidana.

Reviewing his tactics for the fight, Khan said: “I made a few mistakes that I won’t make again. Sometimes I fight with my heart too much. But I’m young. I’m still learning.” He added, “Those people who say Amir Khan can’t take a shot, I’ve proved to them that I can. I’m sure I’ve shut a lot of people up.” 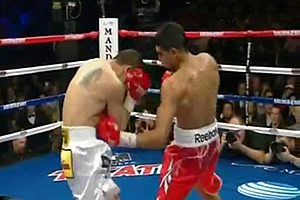 The judges’ scores were not welcomed by Maidana. He felt he did enough to recover from the initial knockout and scored enough points in the later rounds to earn the title. After the match, Maidana said: “I thought I won it” and added, “I did enough in the final rounds but they gave him the decision.” 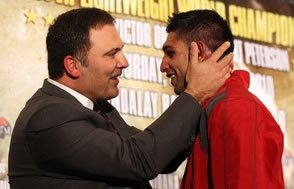 Khan’s promoter CEO of Golden Boy Promotions, Richard Schaefer said: “People wondered when the going got tough, did he have the will to win? He showed he’s a true champion and picked up a few million fans.” With lots of people raising questions about Amir’s ability after his first-round knockout loss in 2008, Schaefer said: “He’s erased all questions. To take these flush shots, he wobbled, but he wouldn’t go down.”

Schaefer will be now scheduling a Khan fight in the United Kingdom against someone like veteran Zab Judah or Oxnard’s Victor Ortiz, around April 2011. Then, Schaefer said he’ll aim for Khan to come to Los Angeles in July 2011 and fight the winner of the Bradley-Alexander fight.

There is also talk of Khan facing Floyd Mayweather Jr, possibly in Las Vegas in July 2011, to be organised by his American agents, Golden Boy Promotions. This is if the Mayweather avoids a prison sentence for domestic violence.

Amir Khan has showed that he is maturing as a world class boxer and is building up a reputation to excel much further in times ahead. With the resilience and stamina shown in this fight he can go on to do very well if he keeps his mind and body focused on the unique demands of each fight and calibre of opponent.

Baldev enjoys sports, reading and meeting people of interest. In between his social life he loves to write. He quotes Groucho Marx - "The two most engaging powers of an author are to make new things familiar, and familiar things new."
IPL corruption tarnishes Cricket
Blackburn Rovers owners – Indian