After being robbed of his £70,000 watch, Amir Khan launched a stinging attack on London Mayor Sadiq Khan for “failing to tackle crime”.

This comes after the boxer had a gun pointed at his face by two masked assailants as they stole his Franck Muller Vanguard Chronograph watch on April 18, 2022, in Leyton, East London, as his terrified wife looked on.

As a result, Amir has now abandoned his plans to move to London.

He said: “My plan was to move to London later this year with Faryal and the kids but after what happened there’s no chance that we’ll be doing that.

“London is not a place I want to live in anymore. Our plan to move there is not happening.

“We’re going to stick with living in our home in Bolton and spending time in Dubai.

“I’m not sure if I even want to return to London for the foreseeable future because of increasing crime, terrible traffic and it’s not safe. This is no place for me and my family.”

“Mayor Khan needs to pull his finger out and tackle the increasing levels of gun and knife crime.

“He’s making the city unliveable. You can’t drive anywhere, traffic is horrendous and there’s no quality of life.

“It’s disgusting what is happening in London and what happened to me.

“Sadiq Khan is doing a terrible job and this huge increase in gun and knife crime is happening under his watch. It’s absolutely disgraceful.”

Recalling the attack, Amir Khan stated that he thought he was going to die.

He told Daily Mail: “You don’t expect to be robbed at gunpoint, not in London.

“It breaks my heart to see what is happening in the city.

“People have been contacting me from all over the world to tell me that they don’t feel safe visiting London anymore.

“Mayor Khan and the authorities really need to do something about this.”

Amir Khan was planning to move to London, but he has now abandoned the plan.

“I was really close to buying a flat so that I would have a central London base and a family home close to the capital. I’m definitely not going ahead with either option.

“I’m so glad that I didn’t buy a central London flat because this is a city that I don’t want to spend a lot of time in anymore.”

Following the robbery, Amir and his family have travelled to Dubai.

Police released an image of the £70,000 watch as they urged witnesses to come forward. 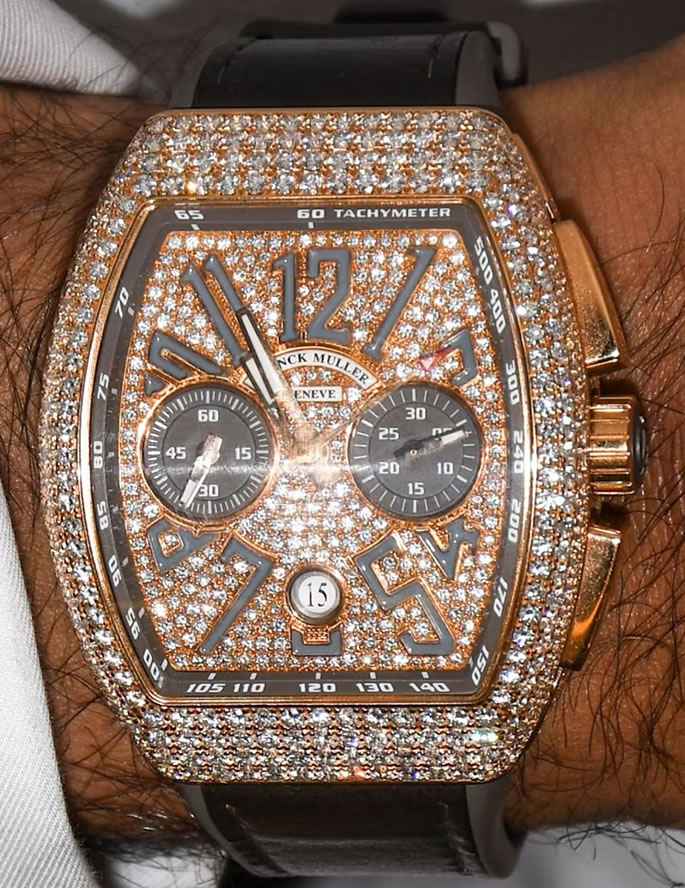 Officers were called to High Road just after 9 pm but said no shots were fired and nobody was injured in the robbery.

“I am today releasing an image of the stolen watch which is a high-value Franck Muller timepiece valued at around £70,000.

“It is a one-off custom made design and will be easily recognised by anyone it is offered to for sale.”

“If you or anyone you know is offered the watch at a discounted price please contact us immediately.”

Currently, there have been no arrests.

DC Grix added: “We are still keen to hear from anyone who witnessed the robbery, has information or has footage of the incident.

“The effects of being a victim of an armed offence go far beyond a loss of property.

“If you have information please do the right thing and get in touch.”

Dhiren is a journalism graduate with a passion for gaming, watching films and sports. He also enjoys cooking from time to time. His motto is to “Live life one day at a time.”
Boris Johnson sparks Backlash over Visit to Indian JCB Factory
Woman ‘ordered’ Toyboy Lover to Murder Wealthy Husband