‘Marriages of Convenience’ are very popular in the South Asian LGBT community, DESIblitz delves into the phenomena behind these sham marriages.

The idea of marriage involves choosing a person to love and to commit to wholeheartedly.

For many individuals, this is not a simple option, especially if they are gay and from the LGBT South Asian community living in the UK.

Usually, the term ‘Marriage of Convenience’ (MOC) is identified with marrying for visa purposes and often called sham marriages, but the MOC in the context we are exploring is an arrangement between gay men and gay women.

Same-sex marriages were legalised in 2014 in the UK, but such marriages are not readily accepted by British Asians.

‘Gay’ is the most frequently used derogatory word in UK schools, right from nursery. This affects young people’s attitudes towards homosexuality – accepting it within society and at times within themselves.

It is unimaginable for many people from the British Asian community to come out as it is still a very taboo matter.

Families living in the UK still subscribe to many of the cultural values from their South Asian home countries.

This complicates the coming-out of young homosexuals as they might see their peers getting accepted for their orientation, but witness hostility among their own communities for the same thing.

As marriage is considered to be the biggest life event for South Asians, they end up going into heterosexual marriages, where they live a ‘double-life’ and the exploration of their gay side is done in secret with external partners. 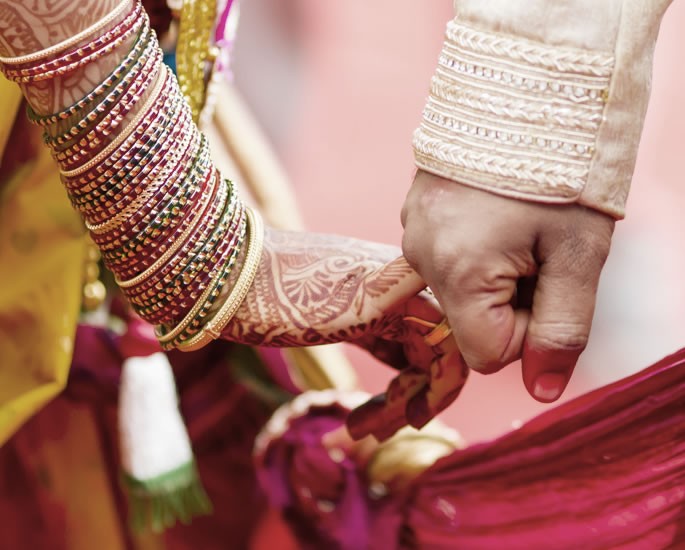 This creates a risk of STDs (sexually transmitted diseases) being passed onto partners unknowingly, affecting their ability to possibly have children.

Besides the secrecy, the suppression is traumatic and has violent repercussions.

In 2013, Jasvir Ginday violently killed his wife when she threatened to reveal his orientation. This is not an isolated incident. Shrien Dewani is on trial for arranging to have his wife killed to hide his sexual identity.

Some women fear their lives and avoid coming out for this reason. Recognising the emotional stress straight sham marriages might bring about, both sexes are opting for MOCs.

The MOC allows them to lead lives which may not be happy, but are certainly better. At times, it is a means for the separately gay couple to raise a family.

The founder of the popular website, GayLesbianMOC, who wishes to be known as Andrew, explains that family planning is a survey option on the site:

“This issue should be discussed in advance before they proceed with the MOC marriage.”

“Not everyone wants kids, and vice versa.” 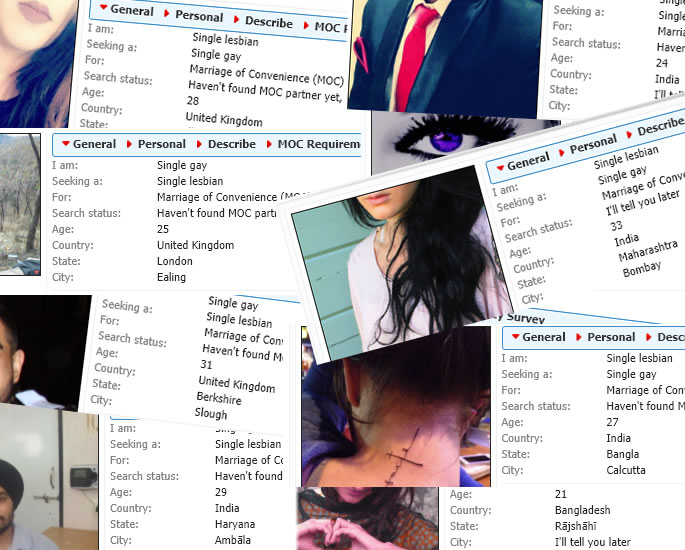 Equal rights activist, Harish Iyer, has a different opinion. He does not agree with the concept of MOCs. Where raising children is concerned, he believes:

“People are parents, not genders … there is nothing worse for the child than his parents being on some sort of a business contract.”

He recommends surrogacy and adoption instead.

Not many people would choose the path to come out and live with their partner. Where this is a threat, MOCs are a definite way for a gay husband and lesbian wife to lead stable, albeit separate, sexual lives.

Matchmaking websites cater to this need, some created by members of the gay community.

GayLesbianMoc is aimed at global audiences, and SaathiNight has a growing audience of British Indians. They bring together gay members of both genders to create a ‘happy and working’ marriage in the eyes of their families.

The ‘Expectation’ section of a popular MOC website actually has a checkbox for ‘social cover-up’ along with options for ‘business partner’ and ‘best friend forever’.

With the social aspect figured out, the married couple is free to pursue their alternate romantic lives without each other.

The internet seems to be the new best friend of the lesbian and gay community, because of the anonymity cloak it provides.

LGBT forums and websites are spaces where many people honestly voice their agonies and seek advice. 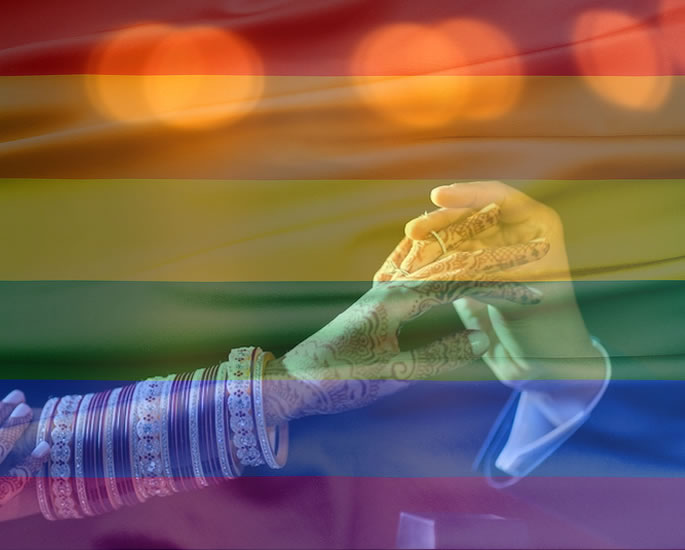 “On online communities, the person may put themselves in risk of receiving bad advice or even shaming which might disturb them.”

In one case, an Indian homosexual man’s concern about such a forum was about maintaining a straight marriage.

One creative person advised him to go for a MOC and live with a lesbian couple like a family, to avoid social trauma.

One participant recommended a visa wife and overseas marriage to him. This would allow the gay husband to have his own pursuits in the marriage and ‘help’ a person from a different country in need.

The non-acceptance of sexual orientation is blurring into immigration fraud. Some matchmaking websites allow searches for overseas brides and grooms to cover up a client’s homosexuality.

Though these MOCs are more progressive than sham marriages, to straight, clueless partners, they are still not a step towards gay marriage in the South Asian community.

Alex Sangha, South Asian LGBTQ activist believes that: “Social change is never going to happen to make life better for sexual and gender minorities if queer South Asians are all in the closet.”

The next few years will reflect the consequences of the MOCs between gay members of the opposite sex:

“Dying alone is a terrible feeling … There are other ways to beat it than MOCs. Two people of the opposite sex can live together without marriage as well, as friends.”

Can Marriages of Convenience really be the only solution for gay and lesbian Asians?

It remains to be seen if homosexuality will become more accepted by the Asian community, and whether future generations of British Asians are open-minded enough to stop this practice of sham marriages altogether.

Nazhat is an ambitious 'Desi' woman with interests in news and lifestyle. As a writer with a determined journalistic flair, she firmly believes in the motto "an investment in knowledge pays the best interest," by Benjamin Franklin.
Are Relationships before Marriage still a Taboo?
The Stigma of Sex and Disability among British Asians