"If we want women's stories to be told with truth, we need more women writers"

The first look poster of acclaimed director Rahat Kazmi’s upcoming film, Lihaaf was unveiled at Cannes Film Festival on 12 May 2018.

Oscar-winning producer of No Man’s Land and BAFTA nominated The Lunchbox, Marc Baschet has joined hands with Indian producers for this Hindi feature film.

The film is based on Urdu poet and writer Ismat Chughtai’s most controversial story by the same name.

Revolving around the themes of homosexuality and women’s desires, Chughtai wrote the short story in 1942. It was published in the Urdu literary journal Adab-i-Latif.

The first look poster features a shot of a pair of feet of two women entangled under one quilt. A maroon quilt covers their legs while the pretty feet donning anklets remain in focus.

The story drew controversy over its content which further led to a trial in Lahore court against Ismat Chughtai under the claims of obscenity.

Lihaaf revolves around Begum Jan who is married into a rich Muslim household and forgotten as part of the decoration by her husband the Nawab, who has no interest in her. The story explores a woman’s repressed sexuality where she begins to find pleasure in her housemaid Rabbu’s service – in her massages, in her recipes, in her touch.

A young Ismat is a narrator and it is all from her point of view – what the young girl hears at night from the Begum’s bed, what she makes of Rabbu’s presence there, what she sees under the Begum’s quilt.

Kazmi takes on the mammoth task of bringing the controversial work on celluloid along with a portrayal of the court case proceedings faced by the author.

The film stars Sonal Sehgal, who is also a co-writer of the film, in a lead role as Begum and Namita Lal as Rabbu. Essaying the role of Ismat is popular actress Tannishtha Chatterjee. 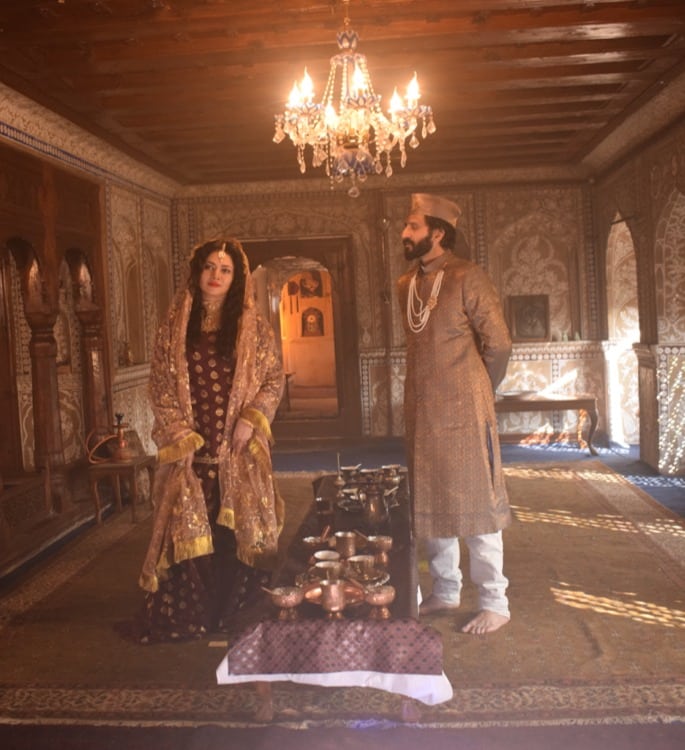 For a story penned in the 1940s to connect with the audiences today is a challenging task.

“This story is more relevant today than ever. Ismat’s writing has always been ahead of its time. Even till the 90s, lesbian relations were looked at as taboo as opposed to now. Also, the film is not just about homosexuality, it is also about freedom of speech. It’s about making a brave film.”

Sensitivity is a key element when it comes to stories of women’s desires and sexuality. With strong female characters of Begum and Ismat as protagonists, Rahat admits that getting a women’s perspective to the story was important.

This is where he says his lead actresses Sonal Sehgal and Tannishtha Chatterjee came to rescue.

He says: “It was very important for me to think from a woman’s point of view. Sonal and Tannishtha both helped me get a woman’s perspective for the story.

“Sonal has co-written the story and Tannishtha and I indulged in long talks and discussions about feminism, issues women are facing today everywhere which was helpful.”

Over the years, even as filmmakers have been brave enough to present stories dealing with alternate sexuality, the casting for such stories remains to be a tedious process. We have heard several stories in the past where actors have rejected to play characters portraying homosexuality.

Rahat admits that casting is a challenging task but after directing successful films like Identity Card and Mantostaan, he knows the weight a script holds as opposed to star power.

Sharing his experience on casting for Lihaaf, he says: “It is very difficult but if you’re clear about the nuances of the story then it is manageable. I was not after big stars from Bollywood for these characters.” 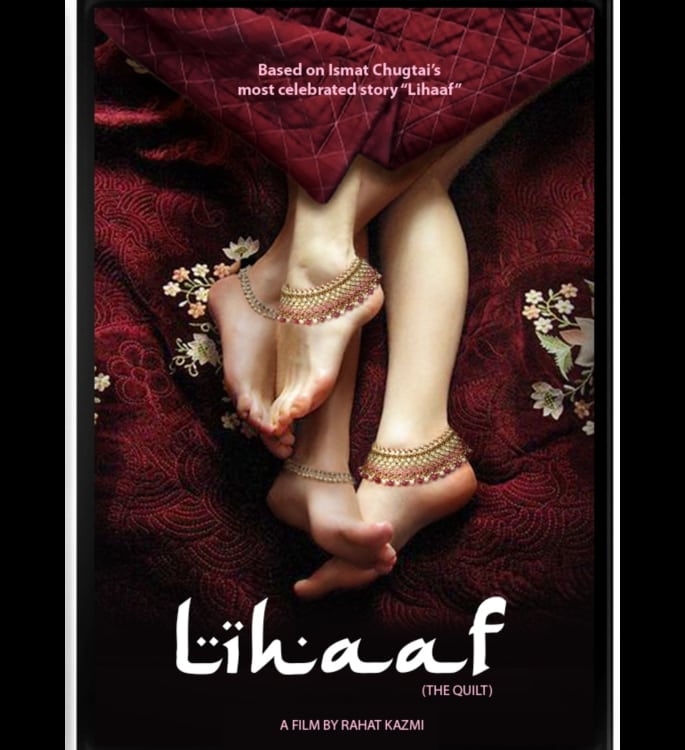 Rahat even recalls how Ismat Chughtai’s grandchildren had a role to play in the casting process.

“When we met Ismat’s family to obtain the rights of the film, I was accompanied by Sonal and Tannishtha.

“As we spoke about Ismat’s life and looked through her pictures, her grandchildren said Sonal would be perfect to play the role of Begum. And that’s when we disclosed that she was in fact finalised for the role.

“Their approval made it even better.” 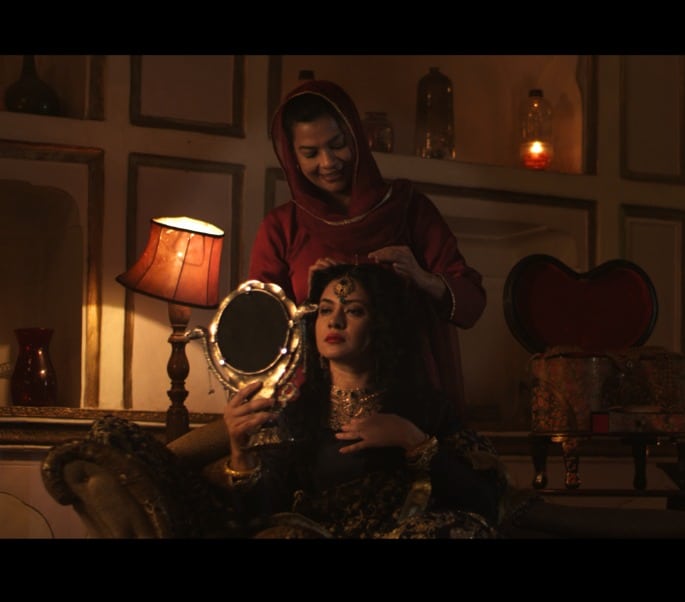 Begum Jaan is considered to be one of the boldest and strongest characters in Urdu literature.

Taking on the mantle of bringing it to life on screen is Sonal Sehgal. The actress has been a known name in Mumbai’s theatre circuit.

This is the second time Sonal Sehgal is working with Rahat. She essayed an important character in his 2017 film Mantostaan. From Mantostaan to Lihaaf, Sonal is jumping from one complex character to another and she admits it is not an easy job but yet highly inspiring.

She tells us: “Both women [Begum and Kulwant] have fought for what they believe in.

“I think there’s a lot to take away. There’s so much to learn from both. Begum stood up for what she believed in the 1920s. It’s a fight women are fighting till today.”

“Begum has so many shades. It goes through such a crucial journey from being in a loveless marriage with a rich Nawaab to completely losing hope and then finding hope again with her masseuse It is a beautiful journey,” she added.

Patriarchy can be seen as a common thread that women have been fighting against since the time of Begum. Today, there’s also a challenge underrepresentation when it comes in cinema.

As someone who has also co-written the story, Sonal believes that Indian cinema needs to encourage more female writers for better stories and representation:

“If we want women’s stories to be told with truth, we need more women writers.  In most films, women are seen as dolls, arm candy to the male heroes or else they are leading ‘morchas’. Women don’t fall in just these two categories,” she adds. 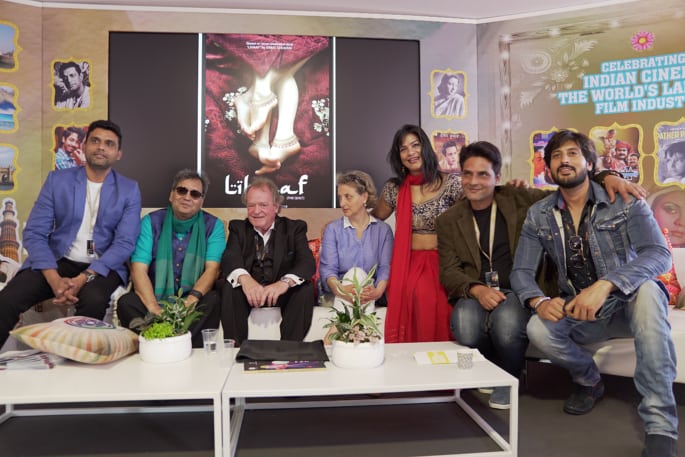 Ismat Chughtai has been known as an advocate of feminism during a time when there was no mention of the word ‘feminism’. Her fight for freedom of speech and expression in those days is laudable and many will agree, it is a huge inspiration for women today.

Essaying this feisty character on-screen is a dream opportunity and Tannishtha Chatterjee excitedly admits she is happy to bag this role. Not long ago, we saw Tannishtha play a character who is in a same-sex relationship in Angry Indian Goddesses. But in Lihaaf, she plays the author who is in support of homosexuality.

We asked her what made her choose this role and she quips:

“Ismat as a character fascinated me. I was also excited that this is not a biography, it is just a chapter from her life where she’s fighting this court case. The film explores the reason why this court case is taking place and that interested me.”

Feminism may be a word that is commonly thrown into arguments today but have the struggles been the same as compared to those of Ismat and other strong women who decades ago stood for the sheer concept of it?

Tannishtha feels a change happening as we speak and says:

“I think the struggles are less than before. More women are coming into positions of power and the creative narratives are changing. I think that is where the change needs to happen.”

“Writers, directors, actors everybody need to come together and tell their stories and not necessarily stories of women but their worldview perspectives.”

Any art form needs the right audience to consume it and with the advent of digital mediums like Netflix and Amazon, storytelling has received a new lease of life.

The Parched actress agreed that with mainstream filmmakers touching homosexuality in a sensitive manner with films such as Kapoor & Sons and others, the audience appears to be more welcoming towards these stories.

She adds: “I think its really important and now these subjects are coming into mainstream films. Often times the censor board has a problem, audiences also have a problem with it but acceptance towards alternate sexuality is more today.”

Lihaaf has been shot in Jammu with an immense creative detailing to recreate the era of the 1940s. The film is currently in post-production and will soon have a teaser launch. An announcement on the film’s release date is still awaited.

Surabhi is a journalism graduate, currently pursuing an MA. She is passionate about films, poetry and music. She is fond of travelling places and meeting new people. Her motto is: "Love, laugh, live."
Top 5 Desi Families in British Soaps on Television
20 Bollywood Secrets and Scandals that are Shocking