Mantostaan is a Gripping Tale of Survival

"Who am I to remove the clothes of this society, which itself is naked?"

“If you cannot bear these stories then the society is unbearable. Who am I to remove the clothes of this society, which itself is naked? I don’t even try to cover it because it is not my job, that’s the job of the dressmakers.”

The aftermath of 1947’s brutally bloody partition forms the backdrop of Azmi’s Mantostaan.

The film depicts Manto’s four controversial short-stories: Khol Do, Thanda Ghosht, Assignment and Aakhri Salute. These murky stories are set in the milieu of Punjab and Jammu during the India-Pakistan partition in 1947, as seen through the controversial author, Manto’s eyes.

All four tales are weaved into a single narrative and see characters of all backgrounds try to survive the turmoil of their battle-scarred environment. But these lead to unexpected and anti-climactic consequences.

The film delivers on its impactful performances, and you can easily forget the low-budget production in lieu of the honest rawness of the different protagonists.

Khol Do narrates the story of Sirajuddin (played by Raghuvir Yadav), whose daughter, Sakina (played by Sakshi Bhatt) has lost her way whilst running away from the riots in Amritsar. 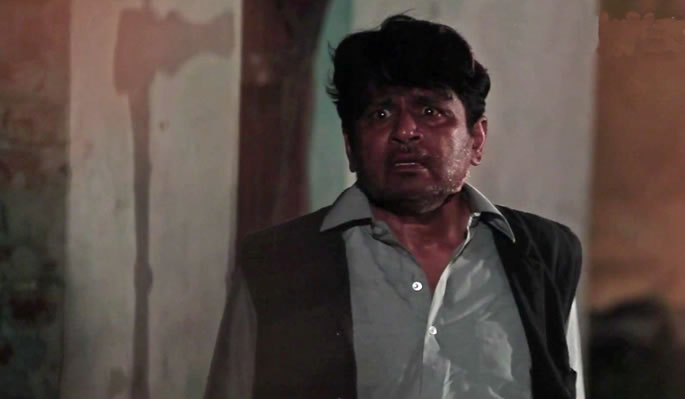 After delivering excellent performances in movies like Lagaan and Water, Raghuvir shines once again as the pining father eager to see his beautiful daughter again and keep her safe. Although we see more of Raghuvir, Sakshi also leaves a strong impact as the victimised daughter.

The second narrative, Thanda Ghosht is perhaps one of the most thought-provoking segments of Mantostaan. Ishar Sia (played by Shoib Nikash Shah) is a Sardar who kills and loots jewellery for his hedonistic mistress, Kulwant Kaur (played by Sonal Sehgal).

The daughter of a Singh, Kulwant can tolerate everything, but cannot bear her lover having another woman in his life. Both actors perform their roles to precision, with Shah as the boisterous Punjabi and Seghal who stands her own ground and steals the limelight.

During the exchange of dialogues, Sonal reminds audiences of the seductive-charm of Huma Qureshi from Badlapur and the feistiness of Vidya Balan in Ishqiya. She plays a pivotal role in the climax of the story, and her ‘not-so-pristine’ character divides audiences. She is certainly one to look out for! 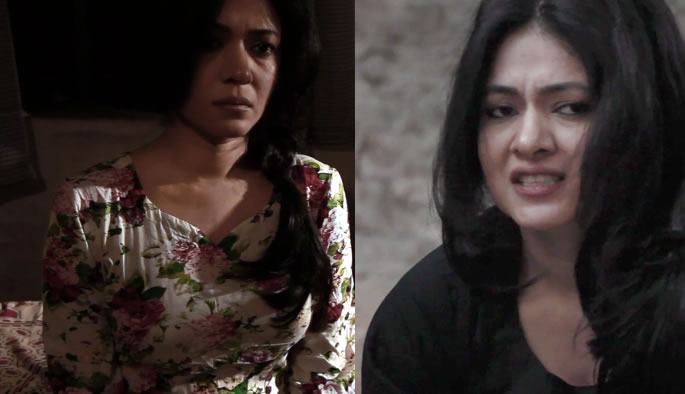 Assignment narrates the story of retired Judge Miyan Sahab (played by Virendra Saxena), who refuses to leave Amritsar during the riots. He stays confined in his house with his daughter Sughra (played by Raina Bassnet) and son, while villagers pillage and murder outside on the street.

Miyan Sahab suffers a stroke and is left paralysed. It then becomes Sughra’s responsibility to look after him and her brother. Virendra Saxena is a very talented actor and familiar to films. He, once again, delivers a satisfying performance as the stubborn yet ailing father.

However, this time, it is Raina who shines. Whether it is the emotional dialogue delivery or bravely looking after her sensitive brother. It is interesting to see a woman stepping into the head of family role, particularly during this era, where women would not leave the house. As such, one is reminded of Humaima Malik in Bol’.

The fourth narrative ‘Aakhri Salute’ is about Pakistani army officer, Rab Nawaz (Rahat Kazmi) and Indian army officer Ram Singh (Tariq Khan) are two childhood friends. But now stand as enemies, fighting for Kashmir. They communicate from their respective sides, as they are barricaded by trees. 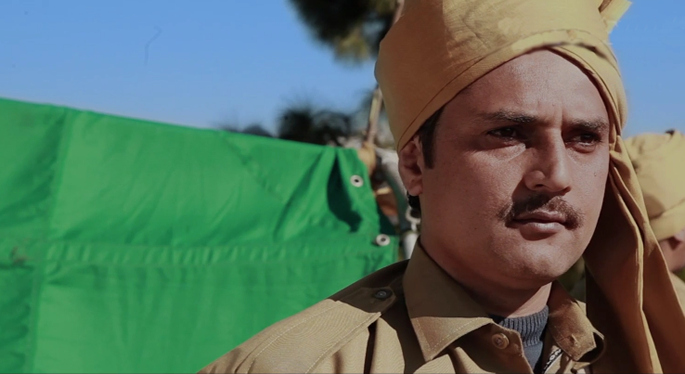 The director himself, Rahat Kazmi also delivers a very convincing performance as the Muslim soldier, Nawaz, and likewise for Tariq.

We see author Manto speak through the performance of Kazmi, as he questions the brutal nature of humanity that resorts neighbours and friends to kill each other in the name of religion.

The bonding of Rab Nawaz and Ram Singh is strong, and the climax will surely evoke emotions from audiences.

As well as the performances, the innovative camerawork enhances the narrative. The hand-held shots educe a sense of fear and panic within the characters as they try to escape from the barbarity around them. In fact, from the first scene, the audience is grabbed by their throats.

Similarly, one cannot help but applaud Rahat Kazmi for the cross-cutting structure. The fact that Mantostaan begins in the middle of the chaos, bemuses audiences yet maintains our attention. 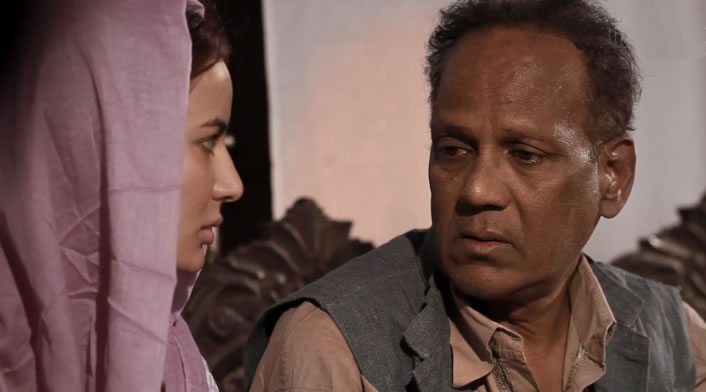 Plus, the mise-en-scène and setting of the film is just as effective because it is primarily shot exteriorly, making the storyline more relatable.

On the other hand, Mantostaan may be quite dark for commercial audiences. It’s a hard-hitting, gripping film. Furthermore, there aren’t any songs that distract the audience from the seriousness of the movie. Despite this, the film has a perfect length of 91 minutes, which allows the narrative to progress smoothly and swiftly.

Overall, Mantostaan is one of the finest independent South Asian films of hyperlink cinema. From the power-packed performances to the excellent direction, the film is one which should not be missed under any circumstances. Strongly recommended!

Anuj is a journalism graduate. His passion is in Film, Television, dancing, acting and presenting. His ambition is to become a movie critic and host his own talk show. His motto is: "Believe you can and you're halfway there."
Indian Summers Finale welcomes New Beginnings
Priyanka Chopra starts New Chapter in Quantico Finale