Mantostaan to Premiere at Cannes 2016

"I hope the stories of partition will touch a universal chord at Cannes Film Festival."

Mantostaan will make its official debut in the Le Marche du Film category at Cannes Film Festival on May 14, 2016 with a second screening on May 16.

Rahat Kazmi, director of the critically acclaimed Identity Card, makes his return with this dark satire film, bringing to audiences a dynamic and gripping motion picture based on the India-Pakistan partition.

‘Thanda Ghost’, ‘Khol Do’, ‘Assignment’, and ‘Aakhri Salute’ are known infamously as Manto’s most controversial works.

Mantostaan aims to bring to life the dark side of human nature as explored within Manto’s writings, which were written during the time of the Partition. The film interlaces the four short stories together into one full length feature. 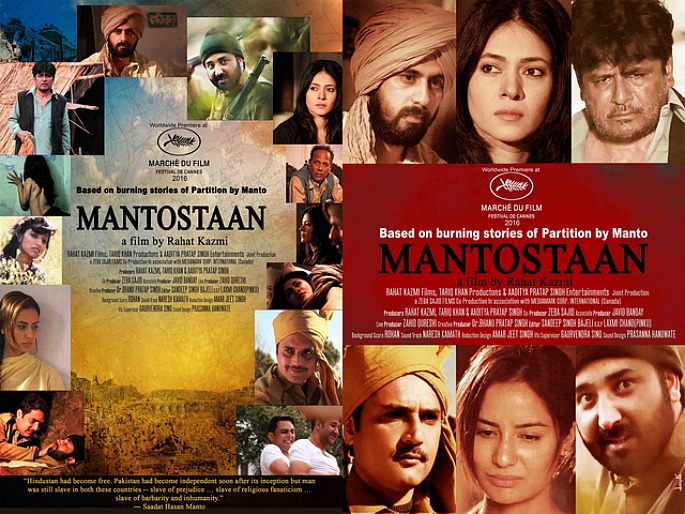 Speaking about his inspiration for Mantostaan, Kazmi says that he was deeply moved by the works of Manto, and this influenced his decision to resurrect the stories through film:

“I am very excited with the opportunity presented by Cannes. It is a huge encouragement and support for us independent filmmakers as it opens doors for a diverse market. I hope the stories of partition will touch a universal chord at Cannes Film Festival.”

Set against the backdrop of 1940s Punjab and Jammu in Northern India, the film ventures into the murky depths of war-torn Indo-Pakistan, exemplifying the darkness and barbarity of the nation as it descends into a bloodbath in its hunger for independence.

During the riots, which preceded the partition in the Punjab Province, between 200,000 and 2 million people were killed in the retaliatory massacre between the religions.

Approximately 14 million Hindus, Muslims and Sikhs were displaced during the partition, which was the largest mass migration in human history.

Manto, disheartened and disgusted with the inhumane savagery, poured his heartbreak and cynicism into his stories.

Mantostaan is essentially an exploration into the hell-bent devotion with which humans murdered each other and the guilt carried by those few whose tears fell into bloody hands.

She says: “The character I play is strong, and has shades of grey.” 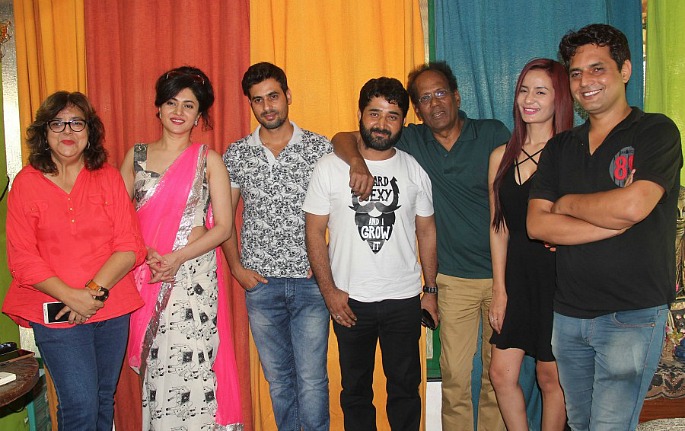 Kazmi himself also appears in cameo roles as a number of characters in the film.

Mantostaan has garnered outstanding support worldwide, with invitations to screenings at both Toronto and San Francisco Film Festivals. It has also received numerous proposals for distribution rights from Hollywood to acquire the film for different regions.

Saadat Hassan Manto’s daughter also gave her approval of the film in a letter of appreciation in which she expressed her desire to have Mantostaan showcased in her home country of Pakistan.

The 69th Cannes International Film Festival begins on May 11, 2016, coinciding with the birthday of Saadat Hassan Manto.