Gold certainly is one of the better colour choices for Aishwarya

The Queen of Bollywood Aishwarya Rai Bachchan glitters in gold to mark her 15th year at Festival de Cannes.

The 42-year-old actress who arrived at the 69th Cannes International Film Festival 2016 on May 13, 2016, opted for a gold embellished and beaded cape gown designed by Ali Younes Couture.

With shimmering embellishments and sheer gold material, Ash looked spectacular on the red carpet for the premiere of Slack Bay (Ma Loute).

The regal look certainly suits the style diva. With tousled waves and metallic blue eyeshadow, Ash oozed confidence as she posed for the cameras, blowing out trademark kisses. 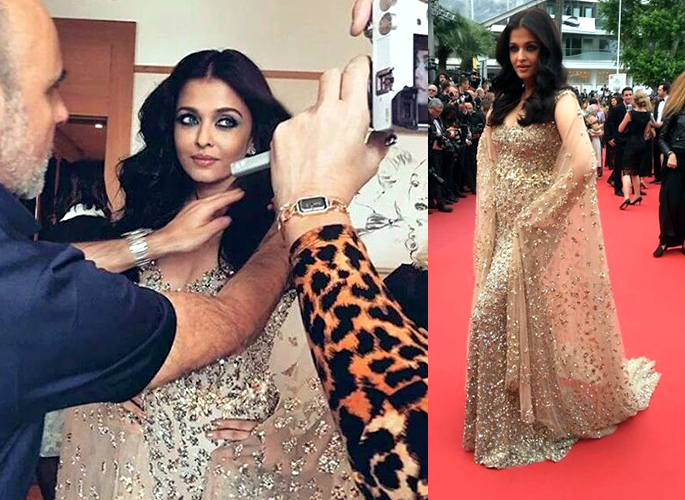 Gold certainly is one of the better colour choices for Aishwarya. The last time she opted for the precious metal was in 2014 with a metallic mermaid inspired Roberto Cavalli gown.

Ash has faced countless controversy over the last few years for her weight gain after her daughter Aaradhya was born in 2011. Additionally, Cannes has always been a fashion hit or miss for the actress.

But we are glad that the green-eyed beauty has upped her game in the glamour department, and now reigns supreme on the Cannes red carpet. 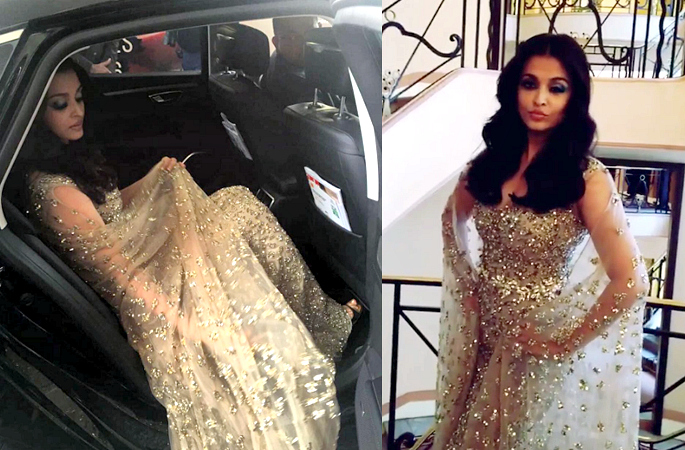 The actress who returned to Bollywood screens with her successful thriller, Jazbaa in 2015 is looking forward to her next release, Sarbjit, where she plays Dalbir Kaur. The film will release from May 20, 2016.

The brand ambassador for L’Oreal Paris is a firm favourite at Cannes, and is responsible for showcasing Indian cinema to the wider world.

But Ash is not the only starlet to grace the prestigious film festival. Joining her for 2016 is Mallika Sherawat, who appeared a few days earlier, and the quirky fashionista, Sonam Kapoor who will be arriving on May 15, 2016. 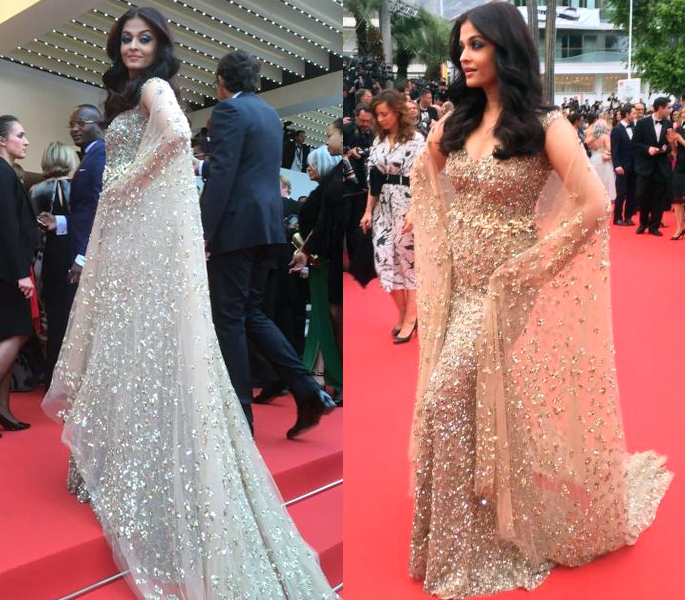 Ash will also appear on the red carpet again on Saturday 14th May, for her final appearence at Cannes for 2016.

Will the golden bombshell wow us again? We are pretty certain that she will!