AVTA 2017 returned with a glitzy night of Indian TV stars and other high-profile guests. DESIblitz has all the highlights from the evening!

Founded by Rajan Singh, the awards are a celebration of the best of Asian television in the UK.

From general entertainment, news and reality shows, the AVTA’s welcomed a whole line-up of TV stars and celebrity guests to London’s Hilton Hotel.

Hosting the evening for another year was the handsome Indian actor, Karan Tacker. Tacker who is a popular star of TV himself kept the audience engaged with his humorous and energetic presenting.

DESIblitz has all the highlights and winners of the prestigious event. 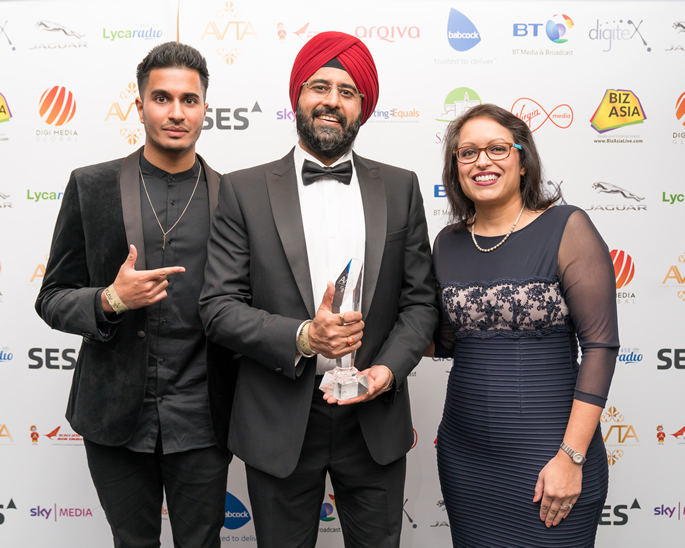 Unlike the protocol of former years, only viewers from the UK could place their votes this year. This was to enforce fairness and equality following a major change in the UK’s Asian TV market.

This change saw four big Indian TV networks (including Star TV, ZEE and Sony Pictures Networks) compete in the same Sky package. As such, Rajan Singh reflected on how this new voting system would make a significant difference:

“This year’s event takes a new twist with more channels being on a level playing field, as well as how the shortlisting will take place.”

In attendance of this year’s Asian Viewers Television Awards were some highly popular faces of Indian television, including the heartthrob Nakuul Mehta and former Jhalak Dikhla Jaa winner, Drashti Dhami.

Dhami looked stunning in a pink semi-sequined dress and she greeted everyone with smiles and warmth. The star certainly enhanced the glamour quotient of the evening.

Recognised for her performances in hit serials like Geet, Madhubala, and Pardes Mein Hai Mera Dil to name a few, Drashti shared her experience with DESIblitz: 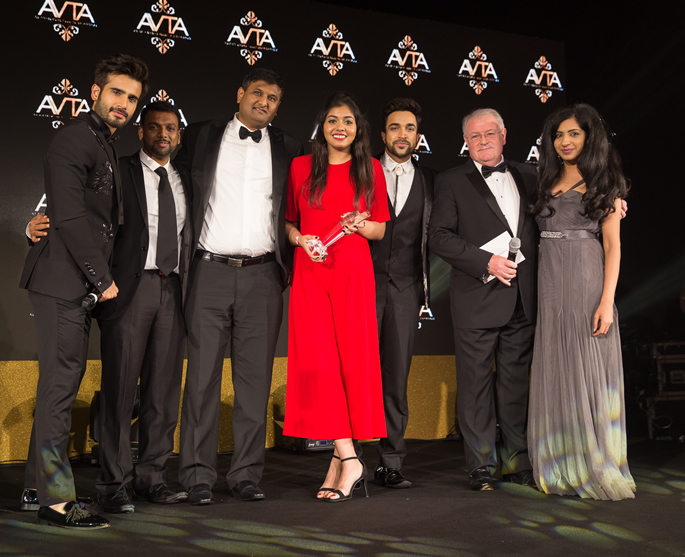 “It is my first time here. Rajan has been wanting me to come for a while now, but because I was working, I couldn’t get time off.

“AVTA is a very different kind of awards ceremony. It’s really nice to interact with fans and people from different fields.”

As well as the stars of Asian TV, several well-known British-Asian celebrities, including singers Arjun and Navin Kundra also graced their presence at AVTA 2017.

“It’s always nice to be a part of the property from the point go. I know Rajan Singh for a very long time. This association has been wonderful.”

The awards evening got off to a fabulous start. After a lush champagne and canapé reception, it was announced that Jyoti Deshpande – Group CEO and Managing Director of Eros International, was the winner of ‘The Special Recognition Award’. 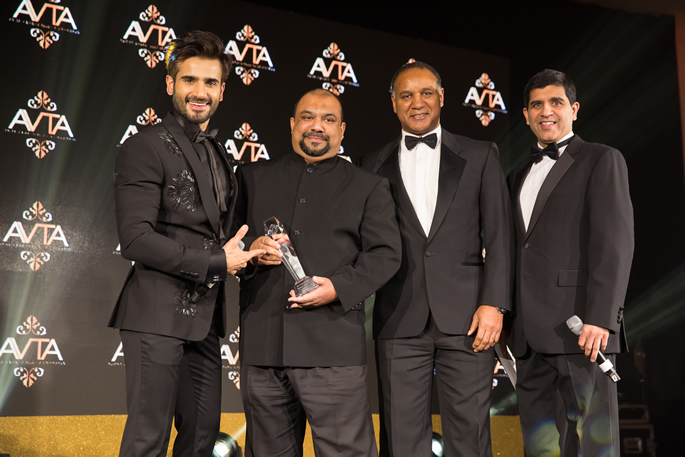 Following the welcoming introduction, guests were entertained by a nostalgic performance by soul singer Roy G Hemming, who sang some memorable Motown and 70s disco numbers.

As soon as the performance ended, presenter Tommy Sandhu came on stage and began to make the audience laugh with his witty and (slightly) risqué sense of humour.

But what really tickled the funny bones, was Tommy and Karan’s banter. In one segment, the duo joked about the stereotypes found in Indian serials.

Sandhu was also able to encourage some impromptu singing from Arjun and Navin Kundra, much to the audience’s delight.

AVTA is also one of the few awards shows that promote the diversity of Asian television in the UK. It does not solely commemorate Indian television but also acknowledges Punjabi, Bangladeshi and Pakistani talent. 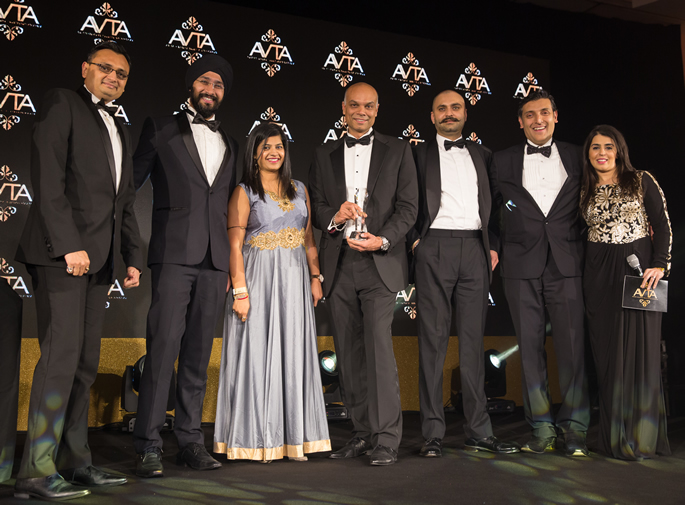 Moreover, by rewarding Sherlock with the ‘Best of British’ award also shows how the team of AVTA also pay tribute to some of the best and most popular English shows.

Ishqbaaaz and Star Plus’ Big Win

The night was triumphant for the team of Star Plus and their serial, Ishqbaaaz.

Not only did the TV drama bag the ‘Best Soap of the Year’ award, but Anika alias Surbhi Chandna was announced as the ‘Best Female Actor of the Year’. 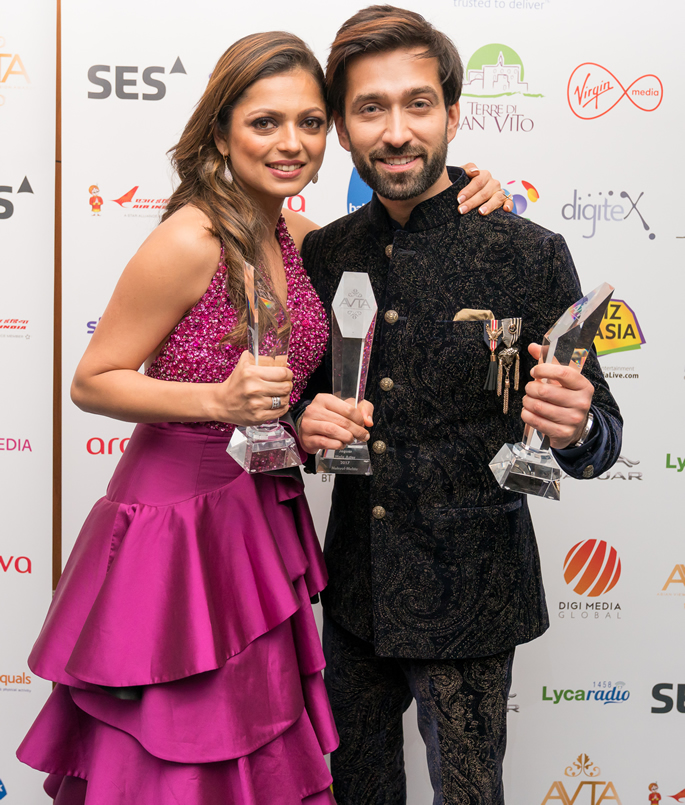 “I’m so elated on winning the ‘Best Actress’ award tonight. I secretly hoped in making my work come alive and true. Thank you so much to this amazing team and AVTA.”

She also took a moment to thank her loyal fans:

“More than my family back here, it is the love of fans, the fandom who has gone crazy watching Ishqbaaaz day and night. I just want to dedicate the award to my fans and the entire cast and crew.”

With the leading lady winning her trophy, it was no surprise that the male lead, Nakuul Mehta, was declared ‘Male Actor of the Year.’ Receiving his accolade, Nakuul said:

“Winning this twice in successive years makes me believe that I’m not doing too badly, so thank you [laughs].

“It’s been a phenomenal year personally and professionally. Huge gratitude to my home channel Star Plus, they’ve given me two beautiful shows: Pyaar Ka Dard Hai and now Ishqbaaaz.”

“With the work all of us do, we have the ability to really transform people’s lives and touch their emotions. That’s what we do and we must never forget that.”

Star Plus also won the final award of the night, ‘General Entertainment Channel of the Year’. The icing on the cake for the popular TV channel! 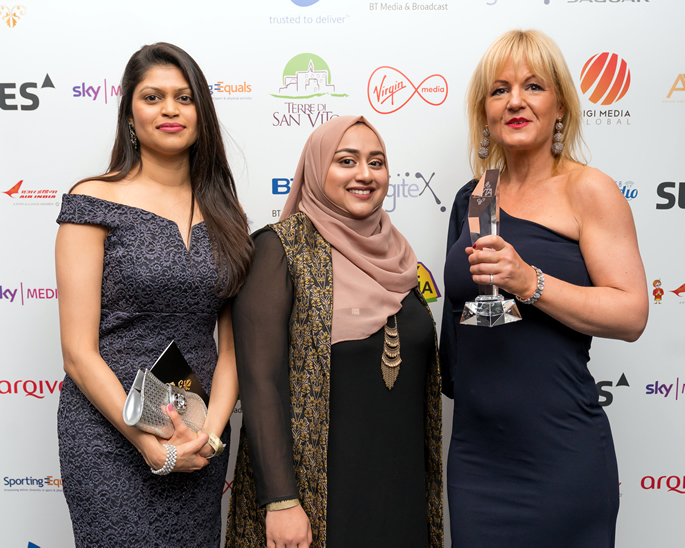 Here’s a full list of winners of the Asian Viewers Television Awards 2017:

Soap of the Year
Ishqbaaaz

General Entertainment Channel of the Year
Star Plus 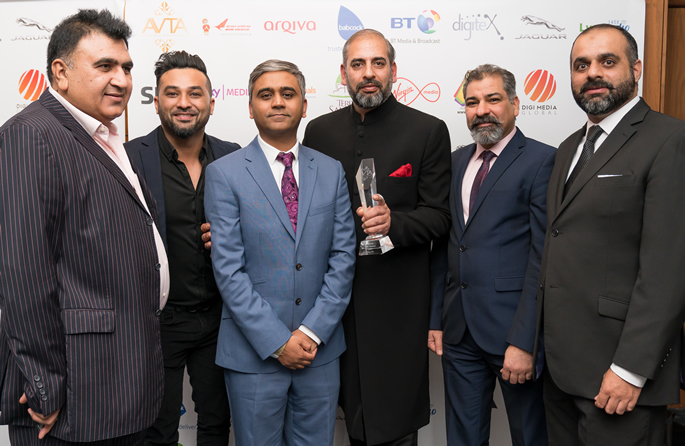 On the whole, the fourth annual Asian Viewers Television Awards was yet another night packed with glitz, glamour and entertainment.

Being the sole British awards ceremony which really celebrates Asian television, DESIblitz is certain that the event will only get better each year.

Heartiest congratulations to all the winners!