A Tribute to Shashi Kapoor ~ A Bollywood Icon

Acting legend Shashi Kapoor has passed away at the age of 79 on 4th December 2017. DESIblitz pays tribute to the magnificent icon and his life.

Many will also remember his excellent pairing with Amitabh Bachchan.

Bollywood is in mourning after the sad news of Shashi Kapoor’s death, at the age of 79.

Hailed as one of the most celebrated actors in the industry, he passed away after suffering from a prolonged illness. On 4th December 2017, Dr Ram Narain of Kokilaben Dhirubhai Ambani Hospital told reporters:

With this unfortunate news, Bollywood has lost a phenomenal actor who starred in over 150 films. Featuring in major flicks such as Deewaar (1975) and Junoon (1978), his career is impressive and enduring.

As the Hindi film industry remembers this outstanding star, DESIblitz pays tribute to Shashi and his everlasting legacy.

Born on 18th March 1938, Shashi was the youngest son of actor Prithviraj Kapoor, the pioneering member of the Kapoor dynasty. With his father already a famous actor, no wonder Shashi would follow suit.

He began as a child actor and first appeared in various commercials. His natural skills shone through and by the age of 16, he had already starred in many films. The star would often act as the younger version of his elder brother, Raj.

In adulthood, he landed his first role as a leading actor in Dharmaputra (1961), one of the first Hindi films to cover the Partition of India and Pakistan. With the movie covering such a topical subject, it reflects the actor’s innovative approach. 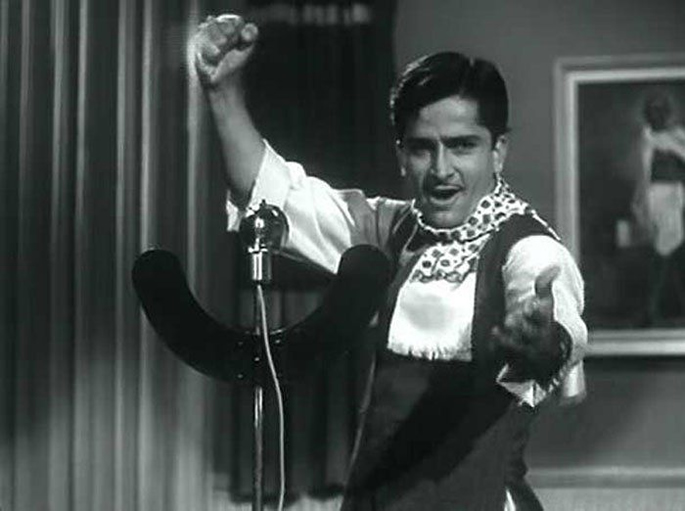 Despite carrying the Kapoor name and his impressive talent, some of the then-popular heroines rejected working with him, unsure of his position as a newcomer.

However, the famous actress Nanda recognised his potential and signed to do 8 Hindi films with him.

This resulted in the loved films Chaar Diwari (1961) and Jab Jab Phool Khile (1965), amongst others. The on-screen couple both enjoyed working together. In an interview, Shashi reminisced:

“[Nanda] excelled in a variety of characters; she performed with dignity. Her movements in the song sequence ‘Yeh Shama’ in Jab Jab Phool Khile were imitated even by Sridevi later.”

By then, the actor gradually cemented his status in Bollywood. This only grew during the 70s and 80s. Over time, he starred with many heroines, including Hema Malini, Shabana Azmi and Asha Parekh.

Many will also remember his excellent pairing with Amitabh Bachchan, featuring together in 12 films. The most popular, Deewaar (1975), contained the iconic phrase uttered by Shashi, playing as Amitabh’s brother: “Mere paas Maa hai!”

While he carved a brilliant Hindi career, he achieved success internationally. He hails as the first Indian star to do global films; starring in English-speaking movie The Householder (1963).

Soon, he became the first to work in Hollywood and British films. Paving the way for the future generation to expand to other audiences.

As the news of Shashi’s death sends ripples through the film industry, many have paid tribute to the actor. Figures such as Karan Johar, Shabana Azmi and more shared their condolences and sadness:

#RIPShashiKapoor …the most charming and enigmatic actor ever…a gentleman movie star! His legacy in film and theatre is exceptional…thoughts and prayers with the family….his work will always live on… pic.twitter.com/U9jsAGxGET

We will miss you … pic.twitter.com/ZMGoFk0DCM

Shashi Kapoor's versatility could be seen in his movies as well as in theatre, which he promoted with great passion. His brilliant acting will be remembered for generations to come. Saddened by his demise. Condolences to his family and admirers.

As one looks at the outstanding legacy Shashi has created, it’s clear he will remain as an inspiring figure for the younger generation.

He broke the mould by pursuing an international career. Of which stars such as Aishwarya Rai and Priyanka Chopra have followed his footsteps. Even the young members of the Kapoor dynasty, Kareena, Karisma and Ranbir, are keeping the legacy of their family alive.

Shashi Kapoor will be remembered for his passion for acting and determination to build a lasting career. A truly pivotal figure in Bollywood’s history.

Images courtesy of Times of India and LightsCameraBollywood.