During his visit to India, Sadiq Khan, the mayor of London, met up with various Bollywood stars, including Amitabh Bachchan and Shahrukh Khan!

"What a night! Thank you to the Ambani family [Karan Johar] & [Milind Deora] for hosting an incredible evening."

The mayor of London Sadiq Khan has embarked on an official visit to India, speaking with both business and political leaders. But no trip would be complete without meeting the famous faces of Bollywood!

On 3rd December 2017, the figure attended a special dinner in Mumbai, arranged by businessman Mukesh Ambani.

The night hailed as a great success, with a star-studded guest list. The likes of Amitabh Bachchan, Shahrukh Khan and cricketing legend Sachin Tendulkar attended the dinner and met with the mayor of London.

It begins his six-day trip to South Asia, promoting new links between India and London.

Throughout the event, Sadiq posed for images with B-Town stars. Needless to say, he was thrilled to be with the celebrities and shared on Twitter:

“What a night! Thank you to the Ambani family [Karan Johar] & [Milind Deora] for hosting an incredible evening with business & creative industry leaders to mark my trip to Mumbai. #LondonIsOpen” 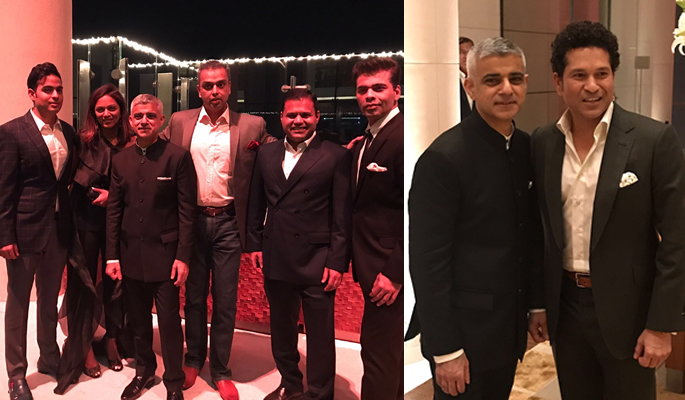 All the guests kept to a formal dress code for the evening. Even Sadiq himself went for a traditional attire, wearing a black kurta with smart trousers and shoes.

The two acting legends Amitabh and SRK also wowed us with their outfits. While ‘King Khan’ went for a classic suit, with a black blazer and white shirt, Amitabh wore a dapper kurta with gold buttons and a peach handkerchief. 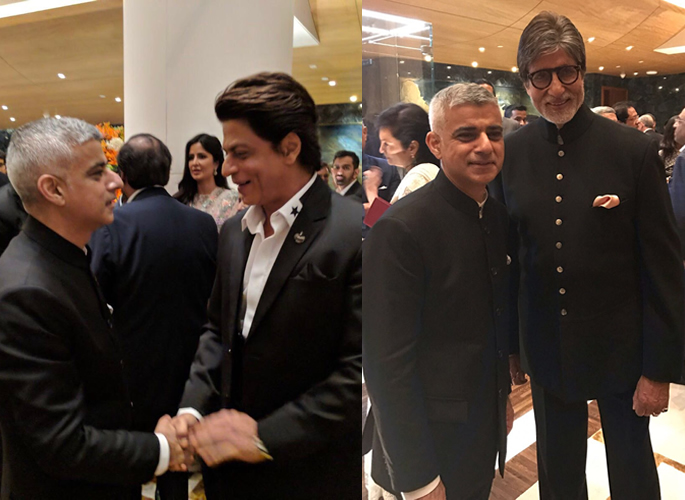 The mayor of London also met with some of the younger generation of Bollywood. In a group picture, he appeared alongside Alia Bhatt, Katrina Kaif, Jacqueline Fernandez and director Karan Johar.

The actresses amazed us with their stylish gowns. Alia and Katrina may not have entered our best dressed list at the Glamour and Style Awards 2017. But they have redeemed themselves with these beautiful dresses. 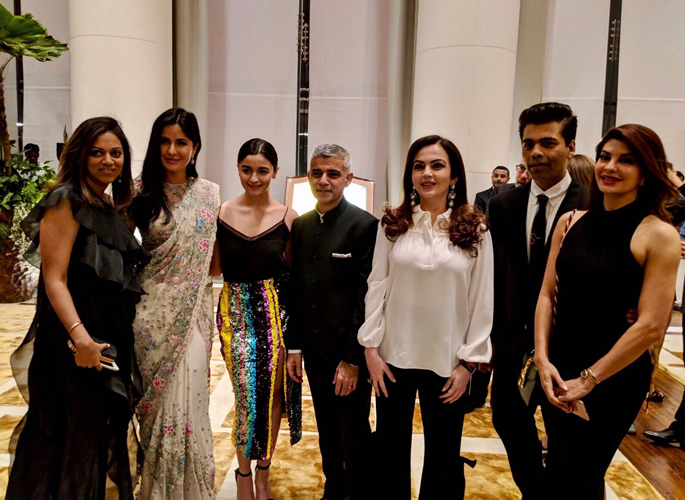 Earlier in the day, the mayor had met with Ranbir Kapoor for a special trip to the finals day of the Mumbai Soccer Challenge. Together, they watched a challenge match between young footballers for the inaugural Mayor of London Cup.

Sadiq also announced who of the youngsters would travel to London to train with Queens Park Rangers (QRP). For the first time ever, he revealed 2 girls would have this exciting opportunity, as well as 2 boys. After the event, he told reporters:

“I wish them every success and it is heartening to see how grassroots sport can inspire, thrill and change the lives of young people all over the world.

“The power of sport in bringing people together and encouraging healthy competition is a wonderful thing.” 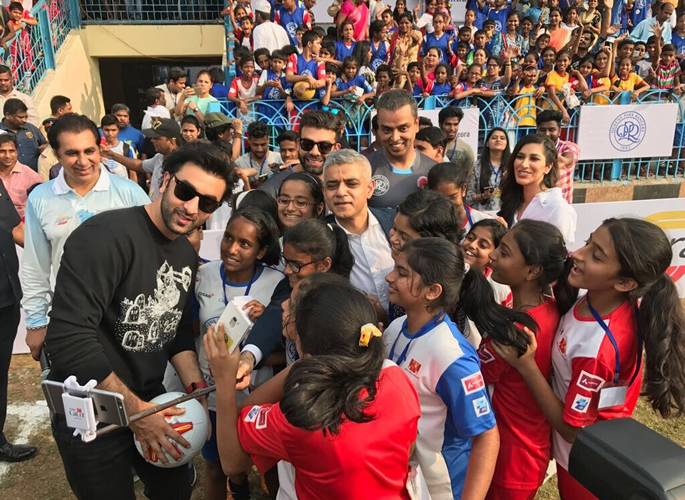 After a successful, first day in Mumbai, the political figure will shortly visit the cities of New Delhi and Amritsar. He will then travel to Pakistan, attending events at Lahore, Islamabad and Karachi.

With his trip’s slogan as “London is Open”, he continues to share the message that, despite the fears of Brexit, the UK capital is keen to increase its relationship with South Asia.