What does Brexit mean for British Asians?

Four decades after joining, Britain has voted to leave the European Union. But what does Brexit mean for British Asians? DESIblitz finds out more.

"A lot of people are fed up of the way that they've been treated."

Brexit is happening. The EU referendum, a historical democratic event, has arrived and the people have spoken.

With a 72 per cent turnout, the highest since the 1992 General Election, the British public have voted to leave the European Union at 52 to 48 per cent.

The reaction to the news this morning has been divisive, and the news that the value of sterling has dropped exponentially has many Brits anticipating a dystopian future for the country.

What does the result mean for British Asians? DESIblitz takes a look at the economic and social impact of Britain leaving the EU. 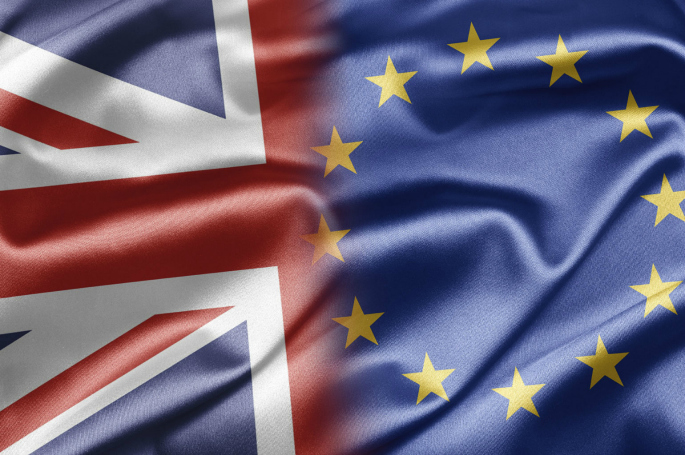 A big surprise came when Birmingham, a city with a huge multicultural base, voted Leave, with the largest percentage in Tamworth at 67.5 per cent.

As statistical data detailing the split between young and old tells the tale of a generational rift, the divide in the British Asian community has also been notable.

But why did Birmingham vote to Leave?

Birmingham MP Khalid Mahmood gave his thoughts on the referendum outcome on Nihal’s show on the BBC Asian Network:

“A lot of people are fed up of the way that they’ve been treated and have been left out of a lot of discussion.

“They also felt, over the last six years of austerity that they’ve not really had anything to say.”

But Mahmood also pointed to growing frustration among Birmingham’s ethnic population over the increasing racism and xenophobia that plagued the Leave campaign, which could explain the Leave/Remain divide in the British Asian populace.

Mahmood, formerly a Leave supporter, as well as Baroness Warsi, voted Remain because of these issues.

The referendum alone is not legally binding. It is simply a democratic declaration of intent. Until the UK initiates Article 50 of the Lisbon treaty, the country ostensibly is still a member.

Once the Article 50 process begins, the process of exiting the European Union will take at least two, and anything up to ten years to fully complete.

The reason for this is that an immense web of business and political relationships as well as legal responsibilities need to be reevaluated, and this takes time.

For businesses, however, the impact will be felt much sooner.

Businesses in favour of Brexit pointed to Europe’s failure to engage with industries in South Asia. They suggest that an independent UK would give businesses more freedom to return to historical alliances. 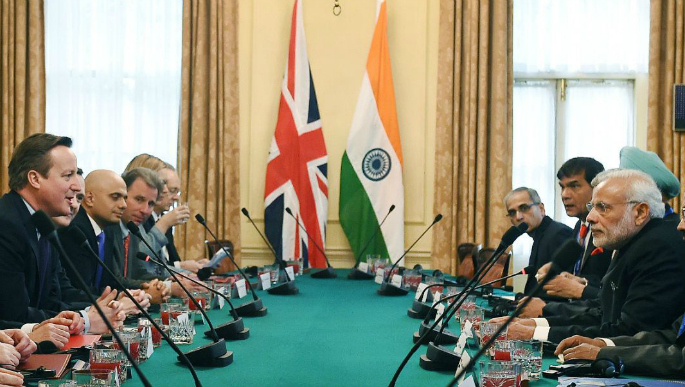 A spokesman for the Leave campaign, speaking to the Indian Express, exalted the benefits of Brexit for British Asian businesses:

“British Asians have roots originating in the Commonwealth. These countries have deep historical and cultural ties with Britain, and yet being in the EU has prevented us from strengthening these links.

“We have a biased immigration policy, which turns away the brightest and the best from countries like India.

“The EU has failed to do a free trade deal with India, despite beginning talks in 2007.

“If we vote Leave, British Asians will be part of a nation that is sovereign, and chooses who to have free trade deals with.”

Not everyone is so confident about the future of business in Britain. With rumours that Morgan Stanley are preparing to move 2,000 staff from London to Dublin and Frankfurt, the business world appears to be anticipating a mass exodus.

“There will in the short- to mid-term at least be consequences for our economy, as investors look to our political leadership for clarity on their vision for a post-Brexit UK and how it will relate to the EU, single market and trading partners across the world.

“I would ask businesses to be positive and avoid knee-jerk reactions. We have several years of negotiations ahead before this vote becomes a reality and there is still plenty of business to be done.

“Across the country we need to put division aside and come together to heal and grow a new future.” 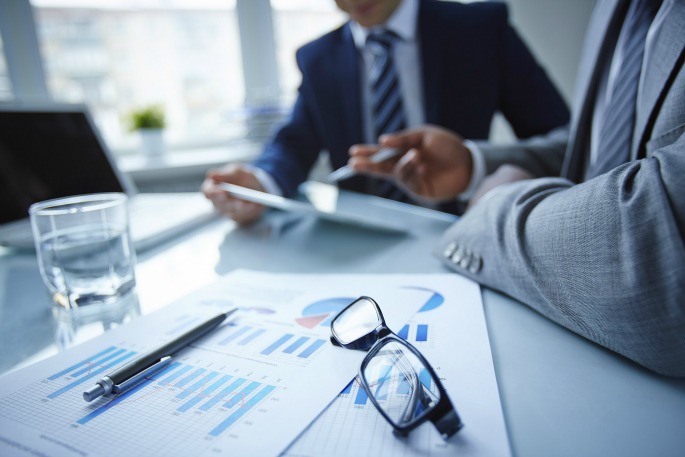 Many international businesses see Britain as an access point for European markets, thanks to similarities in economic legislation.

No one knows this more than digital entertainment and tech lawyer Jas Purewal, who has written about the legal ramifications of Brexit:

“I practised in Silicon Valley, helping high growth tech companies expand to Europe, where the UK’s role as translator and interpreter of the European legal and business landscape was on many occasions a key factor to bringing those companies to the UK.

“I could name you at least ten well known internet or video games businesses which use the UK as their bridgehead into the 500m strong EU market and use UK law for their European business, because it gives them the best of all worlds, especially the broad compatibility of UK and EU law on a range of matters important to their business.

“We [could] do this in part because our laws are both our own and also European at the same time.”

Economic legislation will inevitably have to change in the wake of Brexit. Many British laws are inexorably linked with or based on EU laws, and this process will take several years to fully implement.

The move will cause some upset with British businesses, especially in an ambassadorial role for international trading, although it is likely for cohesiveness that the new legislation will ape how businesses currently operate.

The immigration debate has been raging for decades. With Britain’s exit from the European Union, many of Britain’s diverse ethnic groups are concerned about their own future in the country.

South Asian-origin Brits may not be as concerned about the migration issue, as their home countries already lie outside of the EU territories.

As Britain seeks independence from European legislation, questions arise over immigration in the international sphere.

Yet, it is important to consider a couple of facts when talking about immigration laws.

Primarily, the level of control that the EU has over the UK’s immigration laws has been grossly overstated.

It is true that free movement of labour is a condition of membership, but many of the regulations concerning economic migration are determined by the UK alone.

Migration from outside the EU is far more prevalent, with some 277,000 non-EU citizens moving to Britain in 2015 alone.

With an established base in many areas of the UK and a booming secondary economy directly tied to them, South Asian migration is unlikely to stop.

Before Brexit, the Leave campaign also assured that no current residents of the UK will be asked to leave the country, a motion advocated strongly by London Mayor Sadiq Khan. 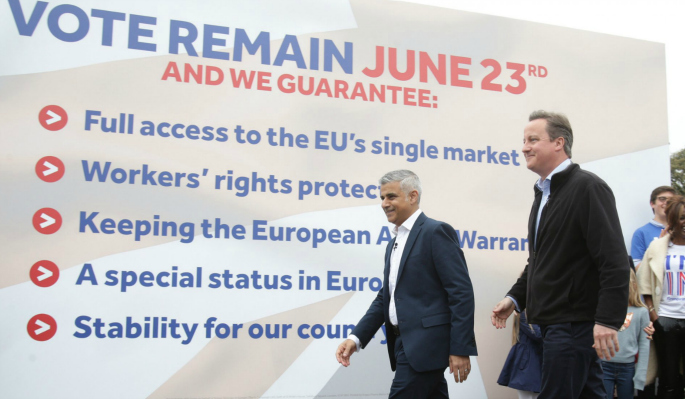 In an address that backed up his belief that Britain would survive outside of the EU, he praised London’s European populace:

“I want to send a particular message to the almost 1 million Europeans living in London, who make a huge contribution to our city – working hard, paying taxes and contributing to our civic and cultural life.

“You are welcome here. We value the enormous contribution you make to our city and that will not change as a result of this referendum.”

The 2008 economic recession had a huge impact on everyone, from factory workers to business owners, physicians, lawyers and politicians alike.

But rather than a smack in the face, recession hits us slowly and silently until its too late, like heart disease orKeeping up with the Kardashians.

As with any significant economic shift, the impact of leaving the EU would initially be ‘broadly muted’, as the Indian Express wrote.

The primary groups affected would likely be manufacturing companies and the services sector. With sterling at significant low, the financial services that make up Britain’s primary export will be affected as well.

Businesses like Nissan and Tata Steel could potentially pack up their UK operations, leaving tens of thousands jobless.

Once the market shock of the referendum subsides, we will be able to see the lasting impact of the vote on Britain’s economy. But it will be prudent to expect lower margins and an increase in unemployment.

Amidst the poor attempts at jingoism, fear mongering of the press and score among score of broken promises sliding out of the mouths of politicians, it is clear that Brexit will impact everyone in Britain.

Britain’s relationship with South Asian markets will likely be the first thing that is revisited in the wake of the UK leaving the European Single Market.

A boost in investment from India could potentially reduce the Brexit fallout, marking British Asians as a salvation for the UK economy.

To avoid potentially harmful reactionary behaviour, the best course of action will be to wait and see what happens when the dust settles.

The pound will quickly recover from the damning value drop that has caused panic this weekend, and businesses will continue as normal for many months to come.

The full impact of Brexit, unfortunately, won’t be known for years to come. Until then, all people can do is work together and keep an open mind about new opportunities.