Baroness Warsi changes from Leave to Remain in EU

Eurosceptic Baroness Sayeeda Warsi has announced a Brexit switch from Leave to Remain, in response to hate and xenophobia. DESIblitz reports.

"What we are seeing as a vision for Britain are lies and xenophobic campaigning."

Baroness Sayeeda Warsi, former Conservative party chairman and member of the House of Lords, surprises public opinion by announcing that she would be switching EU referendum campaigns from Leave to Remain.

Citing the ‘hate and xenophobia’ of the Leave campaign as her reason for switching sides, Warsi has been met with a number of reactions, including many abusive messages.

Warsi has been making the case for leaving the EU for a while, campaigning for an optimistic vision of Britain that ‘trades freely, open to the brightest and best and rooted in its humanitarian instinct’.

Speaking to BBC Radio 4, Warsi talks about the moment that she realises that the Leave campaign has been taken over by dangerously misleading anti-immigration rhetoric.

She says: “Unfortunately what we are seeing as a vision for Britain are lies and xenophobic campaigning. Why is it people like me, who are instinctively Euro-sceptic, are feeling they need to leave Leave? 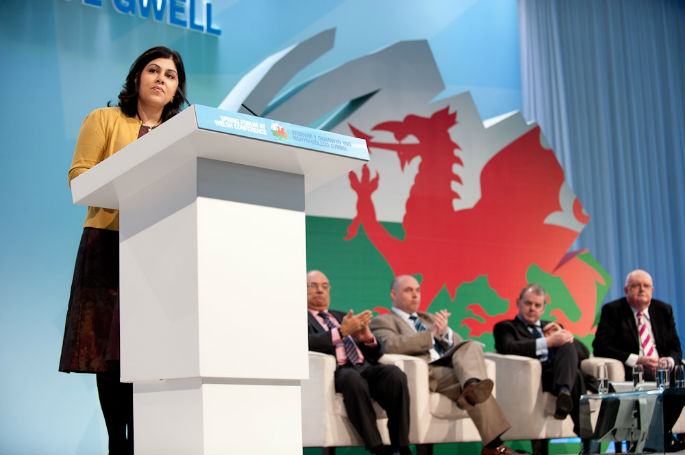 Warsi has been a long time Eurosceptic. As a member of the Conservative party, her economic ideology has been staunchly in favour of liberal markets and minimal state intervention in industry.

Many critics of the campaign poster advocated by UKIP’s Nigel Farage, including Chancellor of the Exchequer George Osborne, point to comparisons with early 1930s Nazi anti-immigration propaganda. 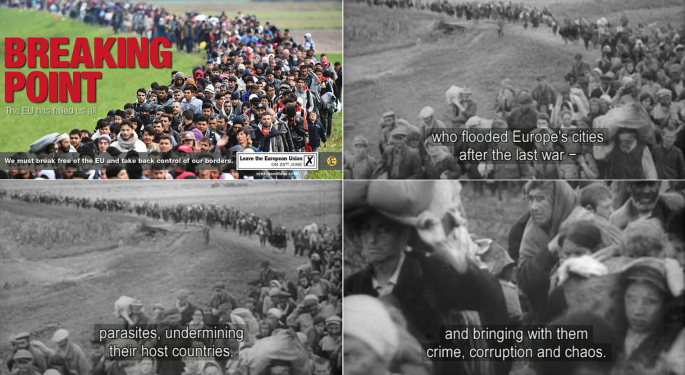 Responses to Warsi’s perceived heel-turn have been mixed, with some calling it ‘defection’, while others, such as Conservative MP Priti Patel, calling her ‘just one voice’ and that many Remain supporters have also moved over to Leave.

Other reactions are far from savoury:

The vile reaction of people unhappy with my decision to leave #leave .Politics of hate must stop #uniteagainsthate pic.twitter.com/A86f4Dpyol

Brexit has proven to be a deeply divisive political argument, with inter-party schisms for both Labour and Conservatives.

Baroness Warsi has famously clashed with the government in the past. In 2014, she resigned from her position over the government’s stance on the conflict in Gaza.

Regardless of her political stance and Euroscepticism, it is clear that Warsi’s opposition to Leave campaigners like Farage is echoed by a number of other political figures, such as former Director of Liberty, Shami Chakrabarti.

Chakrabarti has co-signed an open letter with the Baroness, criticising Farage’s claims that migrants pose a threat to women, and calling out the Leave campaigns reliance on fraudulent statistical data and mistruths about the outcome that Britain leaving the EU would have.

With the referendum taking place on June 23, 2016, the Leave and Remain campaigns are fighting their final battles to determine the outcome of this historical democratic vote.