Sadiq Khan makes history as the first elected British Asian mayor of London and returns the capital to the Labour Party for the first time in eight years.

"I am deeply humbled by the hope and trust you have placed in me today."

Sadiq Khan makes history today as he becomes the first British Asian politician to win the London mayoral race and restore Labour’s power in the capital.

The Tooting MP has beaten Conservatives candidate Zac Goldsmith with a 57 per cent of total votes and will run the city for the next four years.

Sadiq says in his acceptance speech: “Thank you London. London is the greatest city in the world. I am so proud of our city. I am deeply humbled by the hope and trust you have placed in me today.”

The last time London welcomed a Labour mayor was in 2000, when Ken Livingstone took office.

He lost to Boris Johnson in the 2008 election, whom Sadiq will now succeed. 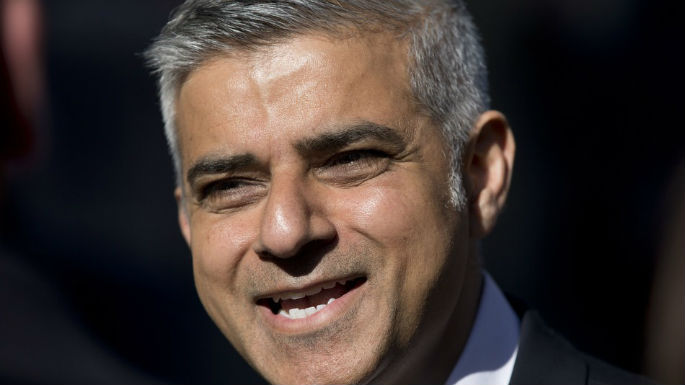 The British Pakistani is also set to become London’s first Muslim mayor. Some media suggest he may be the ‘first directly elected Muslim mayor of an important western city’.

His new post is widely believed to provide positive representation of a multicultural and tolerant Britain, at a time when the war against terrorism and Labour’s anti-Semitism controversy has taken hold.

Sadiq, who describes himself as a ‘Muslim mayor who will be tough on extremism’ and promises to be a ‘Mayor for all Londoners’, expects but embraces a tough challenge ahead.

He pledges to freeze public transport fares in his first term of office as well as working with Transport for London to improve its efficiency and quality of service.

He also takes a strong stance on the UK’s green initiative, ensuring the nation plays its role in the international efforts to fight climate change by proposing to make London more environmentally friendly.

On the housing shortage crisis that is crippling the nation’s businesses and potential home buyers, he aims to make half of new homes affordable and create part-buy part-rent homes.

.@SadiqKhan from one son of a Pakistani bus driver to another, congratulations

Congratulations @SadiqKhan on your outstanding victory in London. Looking forward to welcoming you in France.

Sadiq Khan, a former human rights lawyer, is the son of Pakistani bus driver. Married with two daughters, he became Tooting’s MP in 2005.

Throughout his mayoral campaign, the 45-year-old had enjoyed a comfortable lead, but his chances dipped slightly when Naz Shah was suspended for making anti-Semitism remarks on social media.

Nevertheless, Sadiq saw off competition from Zac whose campaign largely consisted of attempts to target the British Asian MP’s faith by portraying him as a supporter of Muslim extremists.