In a candid interview with DESIblitz, Indian star Karan Tacker talks about his acting career so far and his love of hosting reality TV.

From acting in films and TV serials to hosting popular talent shows, Karan is enjoying a diverse career so far.

But Karan’s talents are not just restricted to acting. He even appeared as a contestant on Jhalak Dikhhla Jaa in 2014 before becoming a presenter for live shows like Nach Baliye and The Voice.

Reflecting on his vibrant career with DESIblitz, Tacker discusses his journey in acting as well as becoming a well-loved TV anchor. 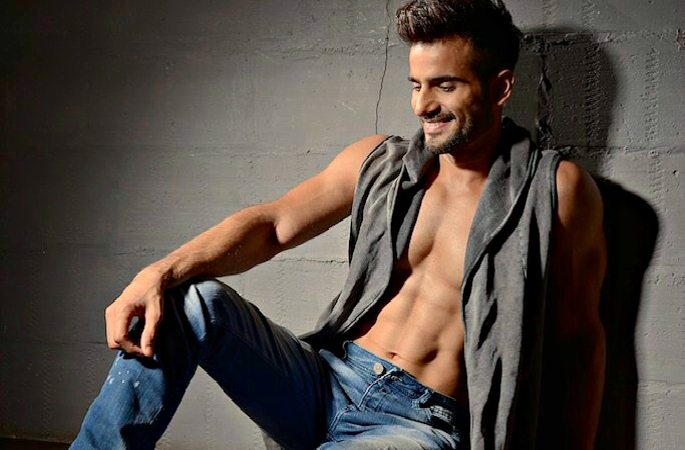 How difficult was it to breakthrough as the main lead in a TV serial?

That’s another irony right?! The first thing I did was Rab Ne Bana Di Jodi and then I did a show called Love Ne Mila Di Jodi [laughs]. I think it was just meant to happen.

The tough part is testing for something, as you’re brand new and nobody knows about you.

You have to literally go door-to-door in every production house and test for everything that’s out there.

That is what I did when I started off.

“I even got through another show called Yeh Rishta Kya Kehlata Hai [which is currently the longest-running show on Star Plus] but I did not want to do it at that moment.”

I even did a mock shoot for it. At the age of 21, I didn’t want to age myself on-screen and play a married man and kick-off the show from there, because it is just going to go older from the point go.

I actually let myself go from that show and started testing for things again. I’ve always followed my heart and mind at the same time.

I have never been scared to take risks when it comes to anything in life. 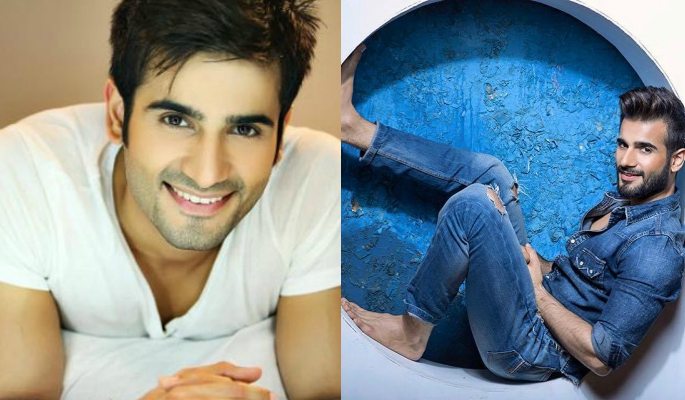 What impact did the success Ek Hazaaron Mein Meri Behna Hai have on your life?

Ek Hazaaron was a very calculated move that I made. I did two shows on Star One [now Star Bharat] which was like a youth-based channel.

Unfortunately, Star One shut down so I had no option but to work on a mainstream GEC [General Entertainment Channel].

I really went out there and tested for a lot of things, I got a lot of parts, but I chose Ek Hazaaron Mein because there was a sense of modernity to the show.

I was convinced that the approach to the show was not going to be dated. The character, Viren Vadera, was something I never played before.

Viren was a grounded and sorted guy who is a lawyer, knew what he wanted from life and loved his family. It was a character which I felt people could see me in a different light.

Fortunately, the show did extremely well and it’s just been great ever since. 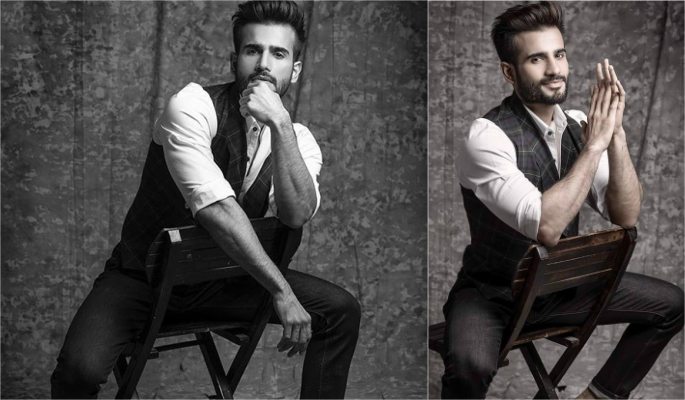 Do you prefer fictional or nonfictional television and why?

I feel reality shows are much harder than fiction shows.

For Jhalak Dikhhla Jaa 7, I used to dance 6 days-a-week for 12 hours every day and on the seventh day I would go and perform.

That is really taxing because you’re physically killing yourself for 12 hours every day. That is why I find reality shows really difficult, especially for a contestant. It’s a real challenge, but a lot of fun.

Non-fiction television is a shorter schedule, you’re done in about 16 days which lasts over a period of 2/2.5 months.

It’s not something you end up shooting for 12 hours every day over 300 days per year.

If I was talking about television, definitely, reality shows are more fun. They’re all about dancing, hosting and singing. It’s more entertainment based.

Having said that, my love will always be for acting. 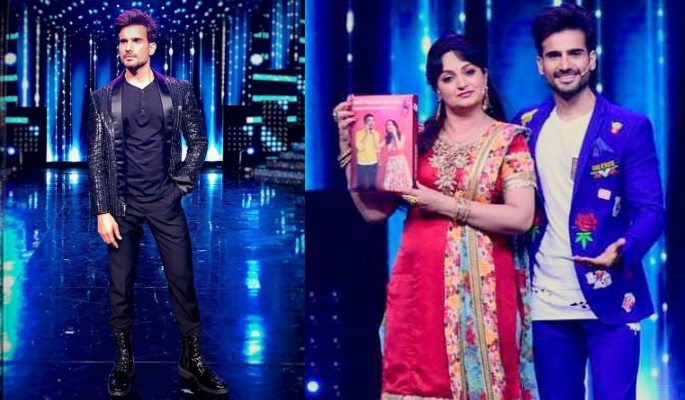 How challenging was it to host a popular dance show like Nach Baliye 8 on a weekly basis?

People think that hosting is like narrating lines off a prompter. But it’s the opposite and it is not easy.

It’s so exhausting to constantly give out the energy to people because you have a studio full of 400 people who have come to watch the show.

You have these three esteemed judges [Terence Lewis, Sonakshi Sinha and Mohit Suri] looking at you to drive the energy to them and the contestants who expect the aftermath of their performance is exaggerated by the host.

“It is a real tough job and at the same time, you have to be attentive towards the fact that you’re riding the correct content.”

Nach Baliye came to me earlier too. But somehow I was not the most convinced that I wanted to do it.

This time the entire production, who I’ve worked with before, was different and I was very closely related to the creative process from the point go.

I’ve hosted The Voice India but Nach Baliye 8 was a completely massy [appeals to the masses] and well-padded reality show.

It was a real responsibility because I was hosting the show solely, although I had Upasnaji [Upasna Singh] come in and do the comedy bits with me.

It was a challenge, but a lot of fun! 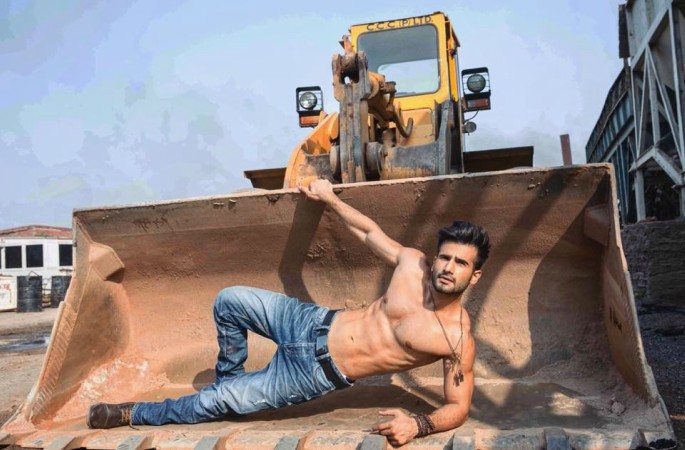 You have a strong fan-following. How do you deal with so much attention?

Something just about being with the audience is so thriving for me. I totally enjoy it. Especially, when you’re performing in front of a live audience, it’s a high for me. I love it.

Second, is the ad relation. Unlike consumer goods products or any other products, actors are mass consumed and it’s an immediate response.

You don’t have to go out to fill a survey, it’s just immediate. You either love the actor or you don’t. I like going to places where I’m surrounded and hoarded by people.

I’m most pleased if my clothes are torn apart and I come out all shattered from a live event. That’s when you know people are liking what you’re doing.

“The day I walk on stage and don’t hear people screaming and shouting, I would look back at my career and see what I did wrong.” 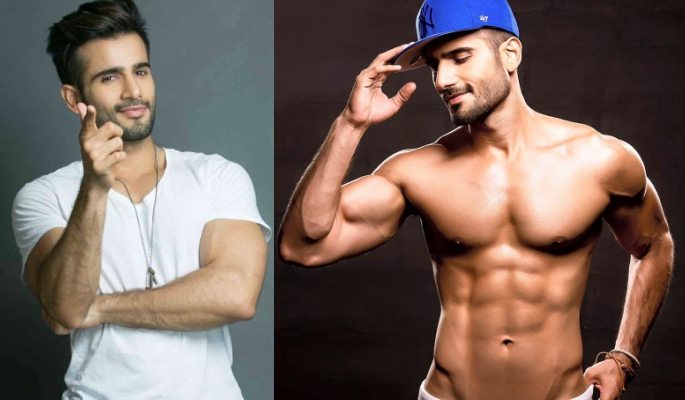 Finally, What advice would you give to all budding actors?

First and foremost, I want to tell everybody that this industry is very tough to break into as it is that ‘one big lead role’ everyone wants to do.

Once a door of opportunity opens, it gets even tougher. This is because it is a lot of persistence and discipline. So you have got to be prepared for it.

The best advice I can give is come with your best mettle and if you really love acting, then get into it.

Don’t come into the industry thinking it is glamorous, that’s when people, I think, lose themselves half-way down the road.

“If you love acting then persevere, then I’m sure success is around the corner.”

On the whole, one cannot deny that Karan Tacker is a sincere and hard-working individual.

Perhaps, it is this perseverance and dedication which may have bagged him a role in Karan Johar’s Student of The Year 2. While he can’t tell us much about his involvement in the film as of yet, we look forward to seeing him back on the big-screen once more.

DESIblitz wishes Karan all the best for his present and forthcoming ventures!