In an exclusive interview with DESIblitz, Sonakshi Sinha talks about her upcoming Bollywood film Noor and shares her experience as a judge on Nach Baliye 8!

"Noor is such a real and relatable character. It was so refreshing to be that part!"

Sonakshi Sinha’s filmy dialogue, “Thappad Se Darr Nahin Lagta Saab, Pyaar Se Lagta Hai,” was so popular, that she became a household name and is now recognised across the globe.

Sonakshi debuted in Bollywood with Dabangg in 2010, alongside Salman Khan. Frequently, the 29-year-old actress has been paired opposite Bollywood Biggies like Akshay Kumar and Ajay Devgn.

Her forthcoming film – Noor – is an adaptation of Saba Imtiaz’s novel, Karachi, You’re Killing Me!

This Sunhil Sippy directorial narrates the story of a journalist’s misadventures and love-life as she navigates her way through Mumbai. This is another film which may prove that Sonakshi Sinha can carry an entire movie.

In an exclusive interview with DESIblitz, Sonakshi tells us about her journey in Noor, the film which releases in cinemas worldwide on 21st April 2017!

From playing Rajjo to Akira, Sonakshi Sinha has (and rightly so) proven to be the Dabanng (sturdy) actress in Bollywood. She admits having broken away from stereotypical ‘Masala film’ characters in movies like Rowdy Rathore and Son of Sardaar:

“I’ve been trying to do different stuff and thankfully with the roles that I’ve been doing, I’ve got the chance to do that,” she tells DESIblitz. 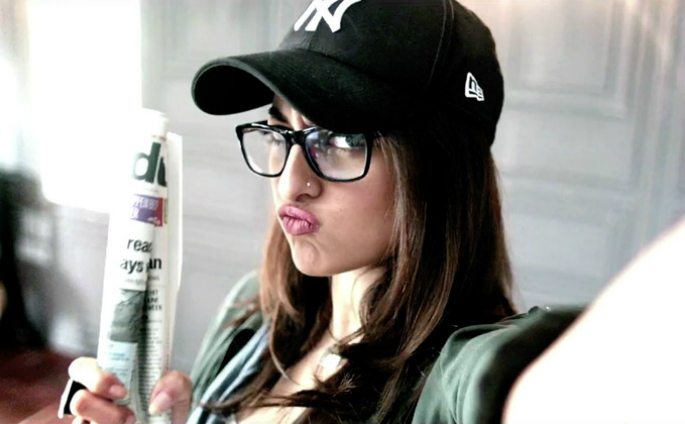 Playing a journalist named Noor Roy Chaudhary was a “challenging” experience for the Bollywood actress:

“I don’t think there has been such a real character in my career before. All my characters have been very larger-than-life and filmy. But Noor is such a real and relatable character. It was so refreshing to be that part!”

This is not the first time Sonakshi Sinha has essayed a character from a story. Remember Lootera? This was an adaptation of O. Henry’s 1907 short story The Last Leaf. The movie Noor is based on the highly-praised Pakistani novel by Saba Imtiaz. Besides the popularity of the book, Sonakshi adds that it was the female protagonist that won her over:

“It’s actually a really fun read. I have read the book before and when I got the narration from the film, I knew from the second page that I was this character and I wanted to be her. I just connected with it immediately.”

What is also appealing about Noor, is its music which has been composed by Amaal Malik. The title track – ‘Uff Yeh Noor’ – has been crooned by Armaan Malik and sums-up Noor’s character in totality. This song alongside others in the album are quite fresh.

Adding to this youthful energy is Sonakshi’s co-star and YouTube personality, Kanan Gill, who makes his Bollywood debut. The hilarious Gill got on famously with the bubbly Sonakshi, and she tells us:

“He’s playing my best friend on screen and the moment we met, we got on very well because he’s (Kanan) a very funny guy,” she laughs.

“We’re always poking fun of each other, cracking jokes and he’s constantly making everyone around him laugh. It is like a house on fire.”

Overall, Sonakshi feels that Kanan has done ‘complete justice’ to his role because “somewhere the character in the film is like him in real life, so it’s nice to see him play that character”.

Listen to our full Gupshup with Sonakshi Sinha here:

Aside from Sonakshi’s hard-work and dedication in Bollywood, the Noor actress is also shining on television.

It was only two-years-ago that Sona made her debut as a reality-show judge on Indian Idol Junior – where she was a panellist alongside Vishal Dadlani and Salim Merchant.

Her endearing presence is now graced on Nach Baliye 8, the crème-de-la-crème of all Indian dance shows. On this Star Plus show, Sona is on the judging panel with choreographer Terence Lewis and filmmaker Mohit Suri.

Speaking about her experience on the show so far, Sonakshi says:

“It’s going really great, we’ve been shooting for the episodes and it’s so much fun. I love watching talent-based reality shows. For me, to be there live in the action and watch all the awesome couples dance together – week after week-  is quite exciting and I’m enjoying myself.”

Coming back to films, Sonakshi Sinha has another exciting film project lined-up. This is the recreation of Yash Chopra’s 1969 thriller Ittefaq – which starred Rajesh Khanna and Nanda in leading roles.

The original film was a murder-mystery and was highly successful among fans and critics alike. The modern reboot is produced by Shahrukh Khan’s Red Chillies Productions and Karan Johar’s Dharma Productions. 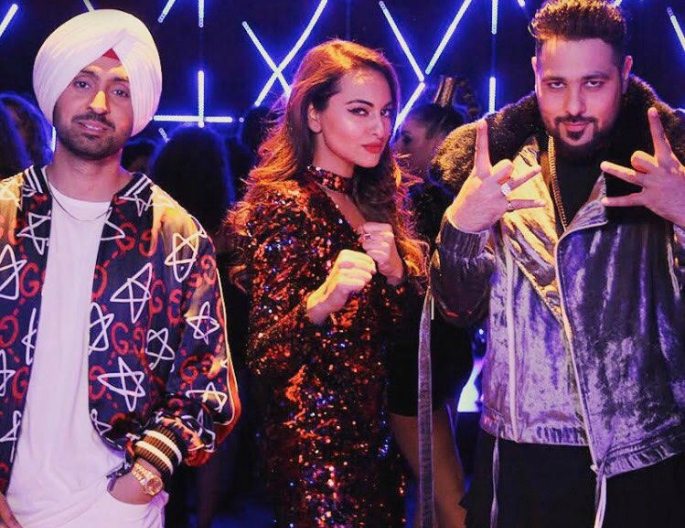 “It’s very interesting and the first murder mystery I’ve been a part of. It’s been quite interesting to be able to play a character from two different perspectives,” Sonakshi says.

Well, we certainly look forward to this classic reboot. In the meantime, we can watch Sonakshi Sinha shine brightly in Noor!

Anuj is a journalism graduate. His passion is in Film, Television, dancing, acting and presenting. His ambition is to become a movie critic and host his own talk show. His motto is: "Believe you can and you're halfway there."
Lux Style Awards 2017 ~ Who Took the Trophy Home & Who Stole the Show?
Salman Khan’s Heroine in Tubelight is Chinese actress Zhu Zhu