Sonakshi Sinha is Fierce and Feisty as Akira

Sonakshi Sinha is back on the big-screen. This time, she is the robust Akira and no one will be forgiven! DESIblitz reviews this action thriller.

If anyone bothers her or causes trouble, she'll break bones.

Post the successes of Ghajini and Holiday, filmmaker AR Murugadoss has been on a roll.

While male actors were main leads in these films, Sonakshi Sinha is the central hero of Akira. In a recent interview, Sonakshi mentions that this is a great time to be a woman in Indian cinema.

According to the actress, not only are women getting the opportunity to essay good characters – but audiences too – are more accepting of these roles.

Well, the promos and trailer are certainly action-packed, although the film has received a lukewarm reception by critics.

The narrative begins in Jodhpur, where Akira (played by Sonakshi Sinha) has just been released from a juvenile remand centre. Akira, along with her mother (played by Smita Jaykar), moves to Mumbai, to pursue further education. Initially, Akira is troubled by the ‘bad-girl’ Nikki and her friends.

But of course, Akira isn’t your typical girl-next-door who tolerates injustice. If anyone bothers her or causes trouble, she’ll break bones.

Meanwhile, the corrupt and devious ACP Rane (played by Anurag Kashyap) kills a fatally injured driver who has a bag full of a heavy sum of money. He tells his team to hide the murder. Soon this incident is secretly filmed on a handy-cam and this crime is known by a third party. 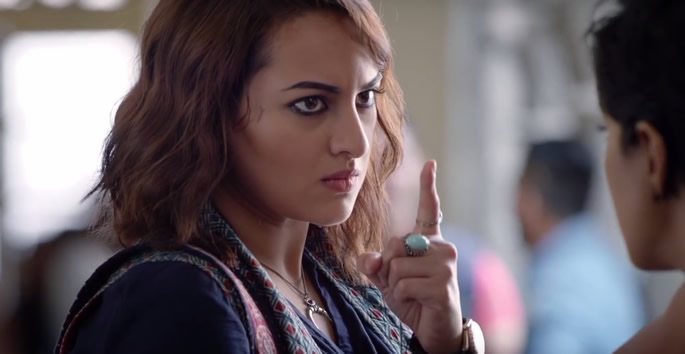 Although Akira is based on Santha Kumar’s Mouna Guru, Murugadoss has cleverly adapted the storyline into a female-centric one.

The triumphs of movies like Kahaani and Neerja were serious films, with female actresses leading the way, has proven that there is an audience for the unconventional drama-thrillers.

While a movie like Kaanchi had that potential of becoming another Rang De Basanti style film, it failed due to bad music and performances. What Murugadoss gets right in Akira is the fact that there is intensity, humour and emotional quotients, and of course, lots of action.

Most importantly, the movie highlights pivotal social issues like acid attacks, corruption and teen crimes – Some of which are prominent in society today.

Plus, the twists and turns in the narrative keep the audience glued to their seats.

It’s all good depicting these issues. However, a film can easily fail on the basis of poor performances. With Akira, this fortunately, isn’t the case! 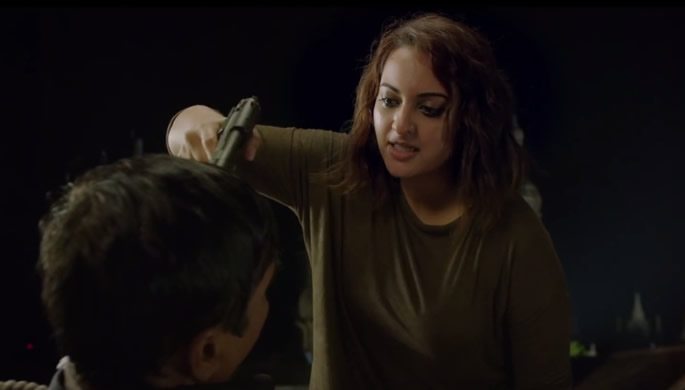 Sonakshi Sinha – is the star of the moment. With a film resting (mostly) on her shoulders, Sona pulls off the titular character well. Initially, one felt that Akira would be a killing machine, but the film proves us wrong.

Akira is a gentle, caring girl who helps the needy. But when it comes to protecting herself or her family against the iniquitous, no one is forgiven.

The surprise element here is Anurag Kashyap. His villainous character of ACP Rane is quirky. He compels you to despise him yet make you giggle with his dialogues. If Chulbul Pandey was a dark character, it would be similar to someone like ACP Rane. Mr Kashyap impresses in the negative role! 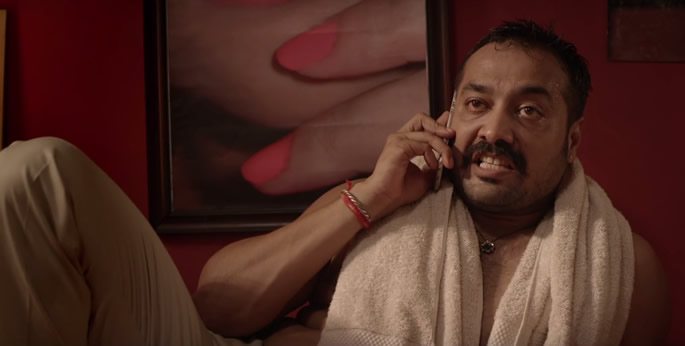 It has been a while since we’ve seen Konkona Sen Sharma on celluloid. In her last outing Ek Thi Daayan, she played an eerie negative character. In Akira, Konkona essays SP Rabiya, an honest cop – who is also pregnant.

The pregnancy twist adds vulnerability to her character. One fears that ACP Rane could pose a threat to her and the baby. Consequently, the audience remains on edge throughout. Overall, Konkona Sen Sharma does a decent job.

Moving on to the music. Vishal-Shekhar’s music for Sultan was phenomenal and it’s obvious that the listener expects nothing less from the film. While tracks such as ‘Rajj Rajj Ke’ and ‘Baadal’ are likeable, there aren’t any peppy dance tracks. This may disappoint Masala-film seekers. Then again, this movie isn’t the quintessential commercial venture. The audience enjoys the mystery unravelling on-screen.

On the whole, Akira isn’t your usual action flick. Sonakshi Sinha as the lead, the nail-biting plot and power-packed action sequences are sufficient for the audience to easily pass the next 137 minutes. Akira is a satisfactory watch.

Anuj is a journalism graduate. His passion is in Film, Television, dancing, acting and presenting. His ambition is to become a movie critic and host his own talk show. His motto is: "Believe you can and you're halfway there."
Naga Munchetty pairs with Pasha Kovalev in Strictly 2016
Aamir Khan and Amitabh Bachchan unite in YRF’s Thug