DESIblitz showcases a list of the 10 most sexy, stylish, and gorgeous contemporary heroines that are ruling Bollywood right now!

"I don't consider projects, I think films come to actors."

Over the years, we have seen some gorgeous actresses prove their mettle with acting.

From Nargis to Kajol, Bollywood heroines have shown that as well as looks, their work does the talking.

Be sure to tell us who your favourite Bollywood heroine is below! 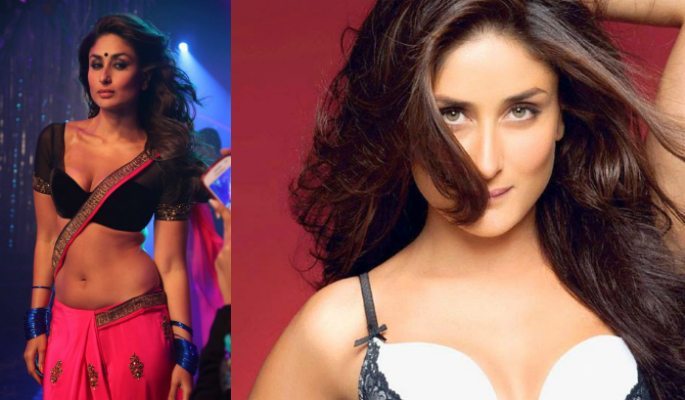 From her size-zero figure to the yummy mummy look, Kareena slays in every appearance. Repeatedly, she has proven that it’s all about good looks, good looks and good looks.

When it comes to acting, we have seen several shades of Kareena. Whether it’s the role of a sex-worker in Chameli, the fashionista in Kabhi Khushi Kabhie Gham, or the happy-go-lucky Geet in Jab We Met, Khan has been nothing less than impressive.

Some other fantastic performances include her adaptation of Desdemona in Omkara, a riot victim in Dev and a warrior princess in Asoka. Kareena has definitely left a mark on Bollywood with her diverse characters and performances.

More than her looks, one can’t help but admire her confidence. Especially when she says: “I do my own thing and I believe what I do is the right thing.” 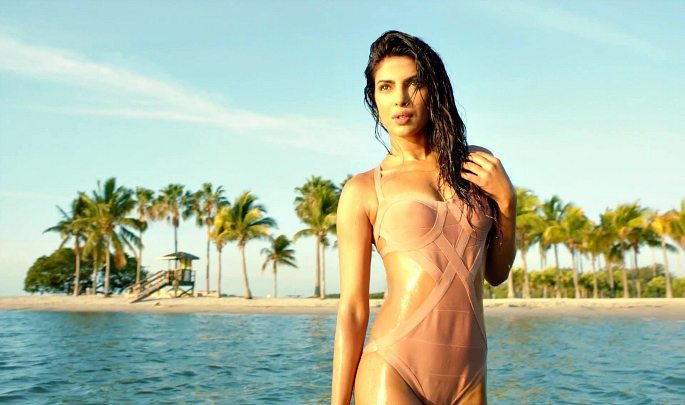 Priyanka Chopra aka PeeCee is the ‘Darling’ of Bollywood. She was impactful after playing the seductress Sonia Roy in Aitraaz.

Chopra set history by becoming the first actress to play 12 characters in What’s Your Raashee? She shocked us with her (literally) killer act in 7 Khoon Maaf.

Other notable performances include the autistic and amiable Jhilmil in Barfi and the sturdy boxer in the biopic, Mary Kom. When it comes to acting, no one can fault our Desi Girl! In conversation with DESIblitz, Priyanka reveals her love of new and exciting roles:

“I like to create someone else and get into it. It’s my job to undertake different parts. I’ve never played myself in films and I get bored playing the same old characters.”

Slowly, not is she taking Hollywood by storm (playing Victoria Leeds in Baywatch), but she’s also become the first South Asian woman to headline an American series with Quantico. 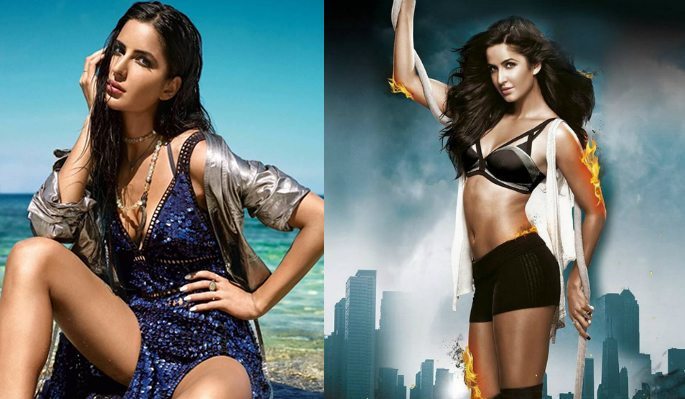 The ‘Sheila’ whose ‘jawaani’ is too sexy. Katrina Kaif was perhaps one of the international/foreign actresses to set foot in the Hindi film industry and excel. With time, Katrina has tried to undertake various roles.

Her breakthrough performance was Namastey London, in which she played Jazz aka Jasmeet – a British born Punjabi girl.

This was one of the first successful films which marked her collaboration with Akshay Kumar – with whom she later featured in titles like Welcome, Singh Is Kinng and De Dana Dan.

How can we not talk about her association with superstar Salman Khan? The most impactful role was in Ek Tha Tiger – as an ISI agent. She performed this character of Zoya with gusto and grace.

We must also acknowledge some great endeavours like her role as a politician in Raajneeti, a terrorist’s wife in New York, an idiosyncratic reporter in Jagga Jasoos, and Yash Chopra’s last lead heroine in Jab Tak Hai Jaan. 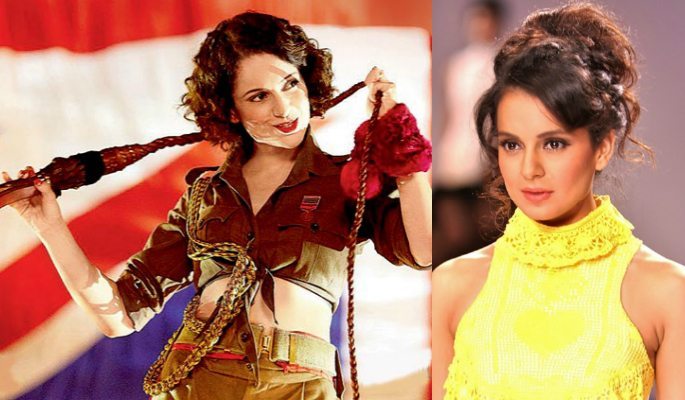 Kangana Ranaut oozes of style and sex appeal, although a polemic personality in Bollywood. Can you believe it? Triple National Award winner Kangana was only 17-years-old when she made her Bollywood debut with Gangster.

Despite her tender age, she carried off such an abstract and alcoholic role with ease and excellence. Critic Raja Sen praises:

“Kangana is a remarkable find, the actress is coming across with great conviction.”

After appearing in a series of award-winning intense roles in movies like Woh Lamhe, Life… In a Metro and Fashion, Ranaut broke the mould of being typecasted and portrayed lovable light-hearted characters in Tanu Weds Manu (and Returns) and Queen.

Even in a dark role like Kaaya (Krrish 3), Kangana never failed to shine. One must also give her credit for speaking her mind and her fearless persona. You go, girl! 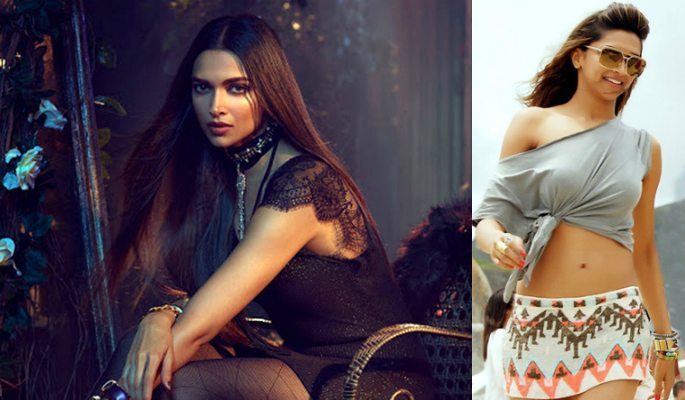 She began as ‘Dreamy Girl’ and has now become ‘Padmavati’ of Bollywood. Deepika Padukone has reached great acting heights in Bollywood and now, Hollywood.

Deeps faced a rough patch during the initial stage of her career. However, the actress proved that she’s nothing short of excellent. Especially portraying characters like the wild Veronica (Cocktail), hilarious Meenalochani (Chennai Express) and the realistic Piku.

Trained and mentored by Sanjay Leela Bhansali, we must not forget her award-winning performances as Mastani (Bajirao Mastani) and as Leela (Ram-Leela).

We cannot help but admire Deepika’s dedication to her work. In conversation with DESIblitz, she tells us:

“I don’t consider projects, I think films come to actors.” 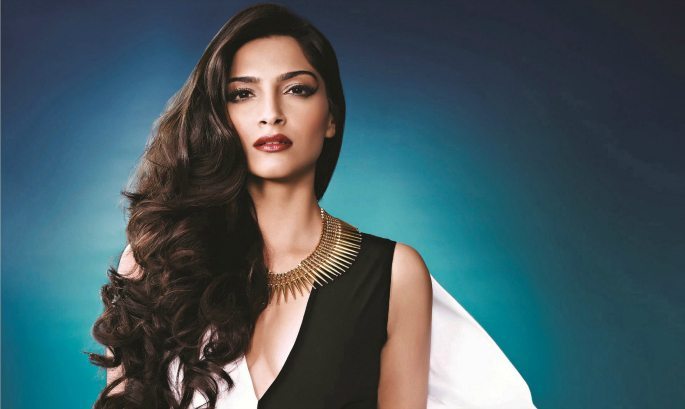 Known fact – Sonam Kapoor is a stunning fashionista. From her debut in Saawariya to playing the gorgeous princess in Prem Ratan Dhan Payo, Sonam continues to improve as an actress.

In addition to Neerja, Sonam Kapoor is also recognised for her role as the happy-go-lucky Milli in Khoobsurat and the abstract Zoya in Raanjhanaa. Another unique quality about Sonam is her fearless attitude of voicing opinions.

In Koffee with Karan, Sonam was vocal on how Section 377 of the Indian Penal Code (which criminalises homosexual activities) is “detrimental” to “people who want to be themselves”. Beauty with brains indeed! 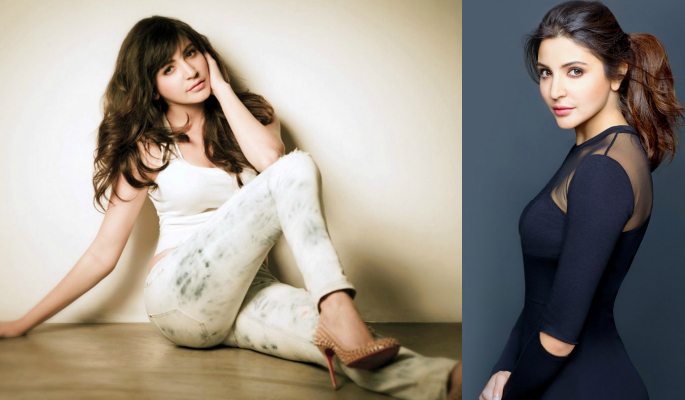 Throughout her career, Sharma has portrayed diverse roles. Whether it is playing the suave con-artist in Badmaash Company or the amiable journalist in films like Jab Tak Hai Jaan and PK. Anushka has impressed the audience.

Although we adore her in cheerful avatars like Shruti Kakkad in Band Baaja Baaraat and Sejal in Jab Harry Met Sejal, Sharma gave us goosebumps in intense and serious avatars in movies like NH10.

With recent times, Anushka Sharma has also triumphed our hearts as the immaculate Alizeh in Ae Dil Hai Mushkil, the feisty wrestler in Sultan and friendly ghost in Phillauri. Sharma has immense ‘jazba’ for acting! 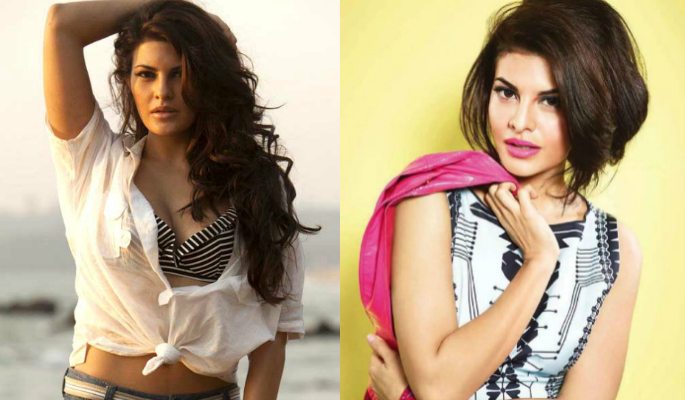 Jacqueline Fernandez is simply gorgeous and one cannot help but adore her. More than looks, the Miss Universe Sri Lanka winner has such a vibrant and cheerful personality which is indeed amiable.

Jacqui made her Bollywood debut with Aladin – featuring Amitabh Bachchan and Riteish Deshmukh. Initially, Fernandez faced a rocky start in her acting career. But with time, she has developed and improved as an actress with her talent.

Of recent, Jacqueline has featured in several commercial successes with projects such as Housefull 2, Race 2, Kick, Housefull 3 and Dishoom.

The performance that really won critics’ hearts was in Brothers as Jenny, a fearless mother struggling for her child. Subhash K Jha praised this and established: “In a limited role gives her finest emotive shot.” 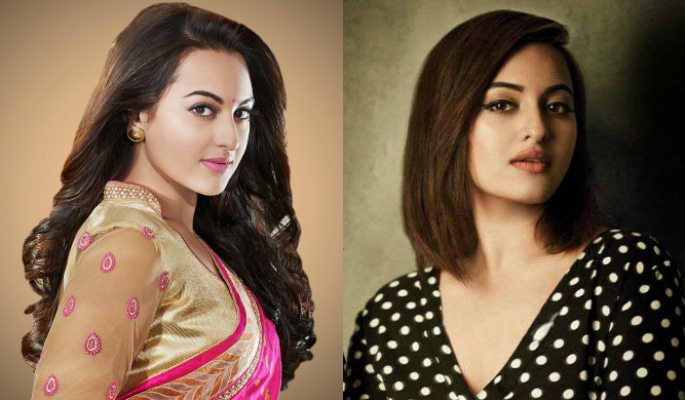 Sona is indeed Sona. Her weight-loss story is remarkable and inspiring. She apparently first weighed 90 kg and is now 60 kg. This shows that determination and positivity are the keys to beauty!

Post her Dabanng debut, Sonakshi has featured in a number of commercially successful films like Rowdy Rathore, Son of Sardaar, Holiday and R Rajkumar.

She has played masaledaar on-screen love interests of major actors including Salman Khan, Akshay Kumar and Ajay Devgn. However, for Akira (as the main lead) she became an action-packed and feisty woman.

Similarly, essaying an ordinary, independent and strong character like Noor has proven to be a game-changer. Sonakshi tells us:

“I’ve been trying to do different stuff and thankfully, with the roles that I’ve been doing, I’ve got the chance to do that.” 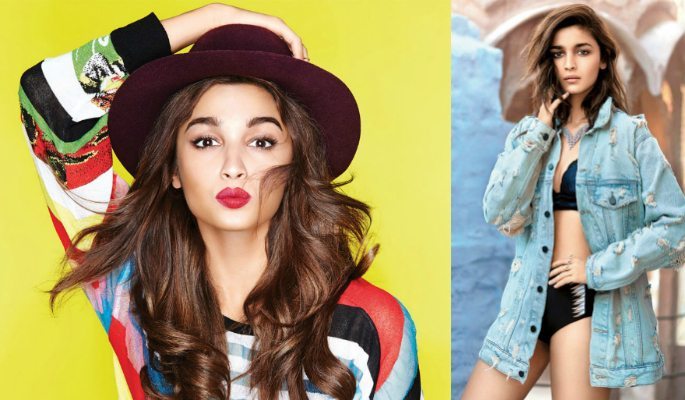 After a sparkly debut with Karan Johar’s Student Of The Year (SOTY), Alia Bhatt is climbing the ladder of success. Not only is she gorgeous, but she’s a powerhouse in talent.

With each film, regardless of their outcome at the box-office, Alia leaves no stone unturned in delivering a sincere and convincing performance.

We couldn’t help but admire her work in 2 States, Badrinath (and Humpty Sharma) Ki Dulhania and Dear Zindagi. Her sincere work as a Bihari rape victim in Udta Punjab gave us goosebumps!

If you don’t believe us on how marvellous Alia’s acting is, then watch the last 10 minutes of Highway and we can guarantee that you will be shocked.

Alia tells DESIblitz about her dynamic choice of films:

“My first attraction to choosing a script, is always the story, the screenplay. That’s what drives me. What I really love about my characters is what I love about my films. They have to be different and challenge me.”

Overall, these are just a list of our top 10 sexy and young Bollywood heroines who are ruling Bollywood.

With other talented actresses like Vidya Balan, Huma Qureshi, Shraddha Kapoor and Kriti Sanon, we are certain that Hindi cinema will remain enriched with gifted and glamorous names.