The 8th season of the Indian Premier League (IPL) takes place from 08 April to 24 May 2015. The League begins with a star studded and spectacular opening ceremony, setting the tone for what will hopefully be a thrilling tournament.

Once again Yuvraj has been the most expensive player in the IPL auction.

The wait is nearly over; cricket fans delight as the thrilling Indian Premier League (IPL) tournament restarts on April 8, 2015.

As memories of 2015 World Cup begin to fade, the country is ready and waiting to welcome back the Indian Premier League.

The opening ceremony of Indian Premier League Season 8 will be held at the Salt Lake Stadium on April 7, 2015.

A Board of Control for Cricket in India (BCCI) statement said: “The ceremony will start at 7.30 pm in the evening and will feature some of the ‘big names in Bollywood.” 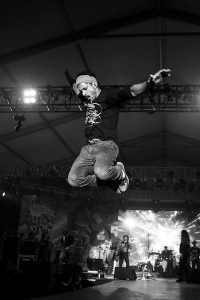 Cinema and cricket have always had an interdependent relationship. The IPL tournament has only furthered this association with the likes of Shahrukh Khan, Juhi Chawla, Shilpa Shetty and Preity Zinta owning shares of teams. It truly is a Bollywood affair.

Shahrukh Khan will be hoping that his team and defending champions, Kolkata Knight Riders, are able to repeat history and win for a third time.

In order to do this, Kolkata Knight Riders have enlisted Johan Botha and Azhar Mahmood to replace Jimmy Neesham and Chris Lynn, who are both recovering from injuries.

Botha, 32, had signed a deal with Sydney Sixers after being initially ignored during the IPL auctions, but later accepted an offer from the coach to join the side in its fight to retain the title:

“Trevor Bayliss called me actually, and he wanted to know what my plans were for the next two months,” Botha said. 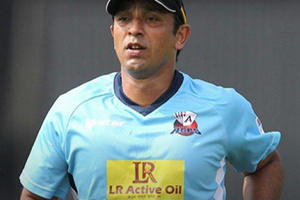 “He asked me if I would like to join KKR, and I said of course. I went into the IPL auction, didn’t get picked and thought that was it. I had started making plans to go to South Africa around early May, but now my plans have changed.”

Botha has previously played three seasons with Rajasthan Royals and one with Delhi Daredevils in 2013.

Mahmood, who has played 213 T20s, is more than handy with both bat and ball. The former Pakistan all-rounder has played two seasons with Kings XI Punjab – 2012 and 2013. 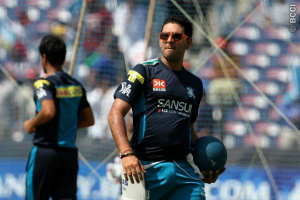 One cricketer who has continually created headlines, whether it is for his outstanding performance or relations with Bollywood, is Yuvraj Singh.

Once again Yuvraj has been the most expensive player in the IPL auction, being bought for Rs 16 crore by Delhi Daredevils (DD).

“Those two players will offer lot in terms of experience, in my opinion, they are good enough to field anywhere. Most players, including myself, will feed off their knowledge.”

The first game will see last year’s winners Kolkata Knight Riders take on the Mumbai Indians on Wednesday 8th April at Eden Gardens, Kolkata. The final is set to take place on Sunday 24th May also at at the same ground.

As the nation eagerly waits for the tournament to commence, here are a few young Indian players to watch out for in IPL 8: 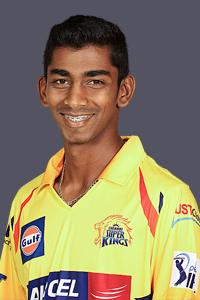 Tamil Nadu’s Aparajith is one of the youngest players in IPL 8. He had a great 2014-15 domestic season with Tamil Nadu as he scored heavily in both the Ranji and Deodhar Trophy.

The one thing that sets Yadav apart is the fact that he is a ‘China-man’ bowler, a breed which is as rare as an oasis in a cricketing desert. Yadav has the ability to trick batsmen in the IPL, thanks to his multitude of variations.

Gopal is another player from Karnataka’s Ranji Trophy winning team, he certainly has all the credentials to be the next big IPL star. The middle-order batsman can be counted upon to provide the finishing touches, after he is done with destroying batsmen with his blazing leg-breaks.

Rahul was the highest run scorer of the just concluded Ranji Trophy. His triple century against Uttar Pradesh and his brilliant 188 in the final against Karnataka has made him a definite player to look out for amongst this new breed in IPL 8.

The 8 teams playing in the IPL 8 tournament are listed below:

The nation’s excitement will continue to flourish over IPL season. The stage has been set. Fans will be eagerly awaiting their favourite teams fight to win the world’s most watched Twenty20 league.

Neerun is an English Literature student, who is passionate about all things Bollywood, fashion and cricket. Her motto is: “Life is not always perfect. Like a road, it has many bends, ups and down, but that’s its beauty.” (Amit Ray).