Believe it or not, a leading lady’s skin colour be it dark or fair skin matters to Bollywood filmmakers. DESIblitz has insights into this surprising trend.

The concept of a woman’s beauty has existed in various civilisations from time immemorial. But does the colour of dark skin or fair skin make a difference to her beauty?

In modern times, most would agree that a woman is viewed to be beautiful if she has a certain personality to her.

Beauty is therefore considered to be a sum total of all the wonderful characteristics a woman possesses.

The complexion of a woman is a small part of her overall existence and no matter which colour skin she has, she is attractive and gorgeous if she is confident about the way she looks and is happy to be just herself and doesn’t feel the need to emulate somebody else.

Quite surprisingly, though, renowned Bollywood diva, Priyanka Chopra, in a recent interview with a newspaper, has confessed straightforwardly that according to her in the Hindi film industry, a heroine is considered desirable only if she has a fair complexion.

Says the famous singer-actor laughing, “With heroines, we just say, “Haan thodi sundar aur gori honi chahiye; thoda aur make-up laga do.” They used to do that with me in the beginning.”

Priyanka Chopra is dusky but her complexion hasn’t deterred her from being a Miss World to a highly successful Bollywood actor to acting in western projects like Quantico and Baywatch along with having a fabulous international singing career.

On a similar path to Priyanka Chopra, another highly popular and successful dark-skinned leading lady of Bollywood, Deepika Padukone, is making a mark for herself outside India. 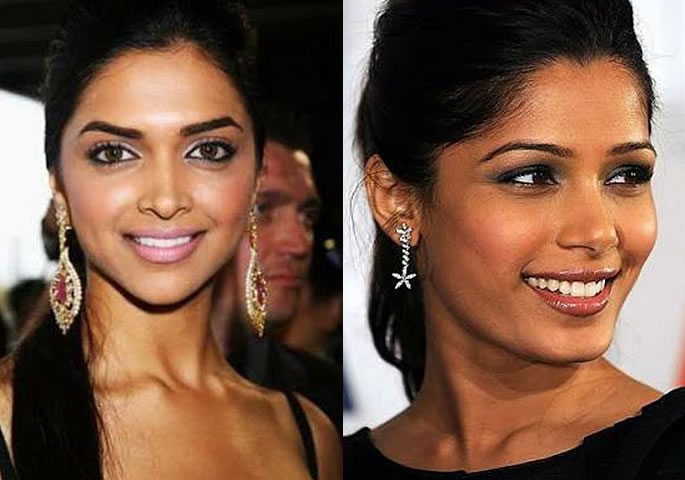 Even before Deepika and Priyanka made it big in the western entertainment world, Freida Pinto of Slumdog Millionaire fame, moved from India to the US, to act in Hollywood movies.

Before Slumdog Millionaire happened, Frieda worked as a model in India and appeared in ads for renowned brands.

Thanks to her brown colour skin, Freida Pinto, is not only regarded as beautiful but is also gradually progressing in her profession as a Hollywood actor because of her talent.

Apart from these accomplished and empowered women Bollywood beauties like Kajol and Bipasha Basu have proven that a dusky skin tone is as beautiful as a fair skin tone or other skin tones for that matter.

It is high time those who regard only a certain complexion to be beautiful on women, take notice of all the accomplishments women from Bollywood have achieved, irrespective of whether they have a fair skin or not.

Mariya is a cheerful person. She is very passionate about fashion and writing. She also enjoys listening to music and dancing. Her motto in life is, "Spread happiness."
Top 10 Movies of Superstar Rajinikanth
5 Sexy, Dapper and Filmy Avatars of Varun Dhawan