Rajinikanth has ruled the Tamil film industry for decades. DESIblitz explores the most iconic characters played by the South Indian idol, Rajinikanth.

"Rajni Sir, I’m not a star, but just one of your countless fans"

Rajinikanth, or more admiringly known as, Thalaivar, rules the hearts of millions with his dynamic style statements.

With an unmatchable charisma, he stands out in the league of Indian actors.

Having worked in the film industry for over 40 years, on more than 150 films, he has ruled the box office with huge hits.

From the way he delivers his every dialogue to the way he adapts his each character. In fashion, with style, Rajini has always reached the peak.

DESIblitz takes you through Rajinikanth’s most popular characters, which define him as a star with extraordinary and brilliant portrayals. 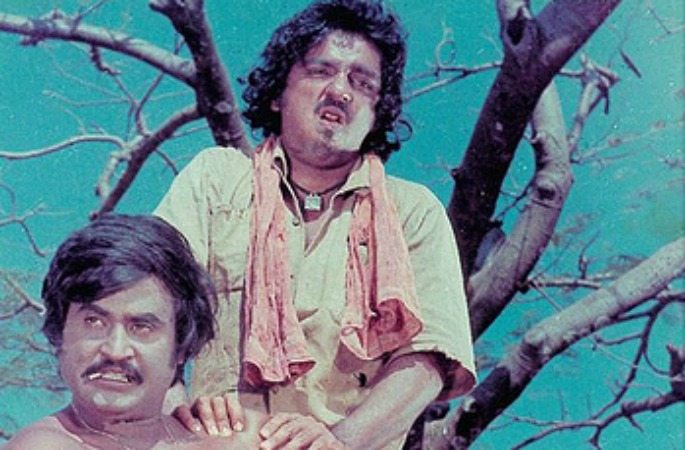 The superstar flawlessly depicted his villainous role as Parattai, the charming rogue.

Despite incredible performances by Sridevi and Kamal Hassan, the marvellous actor managed to stand out, giving strong proof of his abilities, as an incomparable star. 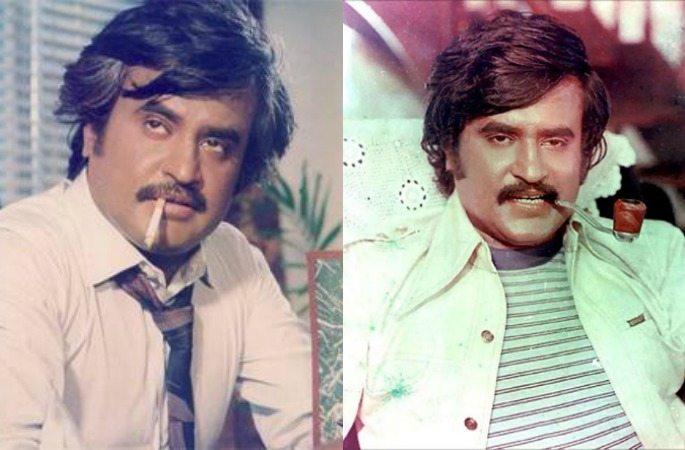 Through his expressive skills, we also witness Rajini stage a second duplicate role as Rajappa.

This role portrays him as a simpleton, trying to survive and support his two foster children.

With two completely opposed roles in Billa, the Tamil megastar gained a lot of attention from audiences.

As a result, this super achievement went on to become his first ever commercial success. 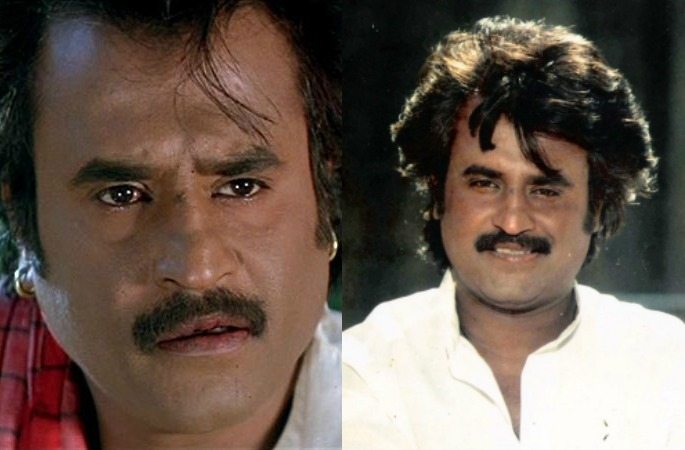 Mani Ratnam’s Thalapathi, heavily inspired by the legendary tale of the Mahabharat, is a classic thriller-crime film.

Therefore, it represented Rajinikanth in an entirely new light.

He played the role of an abandoned orphan, Surya. Through which, he turned into a fearless slum king and found a friend in a local Godfather.

Once again, this performance celebrated his noteworthy acting skills.

And, the portrayal of the character Surya, remains one of his finest performances to date. 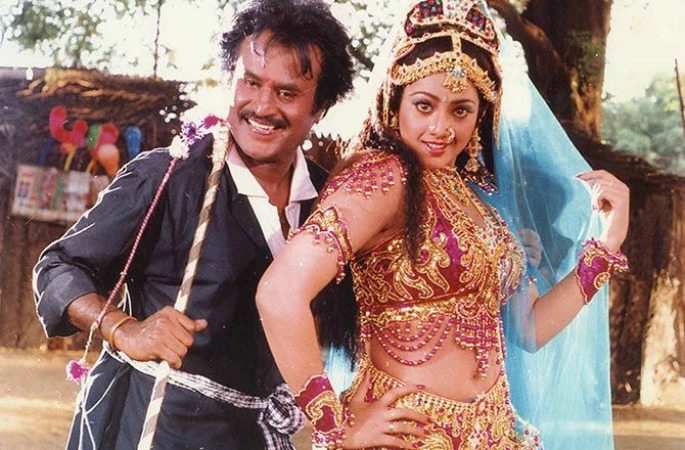 Muthu represented Rajinikanth in a double role, as a father and a son.

In this, he undertook the role of a loyal servant, falling in love with the same woman that his landlord admired.

As expected, the multitalented star, approved the attributes of both characters effortlessly.

Completing a lengthy 175-day run at the box office, this chartbuster was also released in Japan, as Muthu Odoru Maharaja.

Accordingly, the film became a huge hit, creating a large Japanese fan-base for the artist. 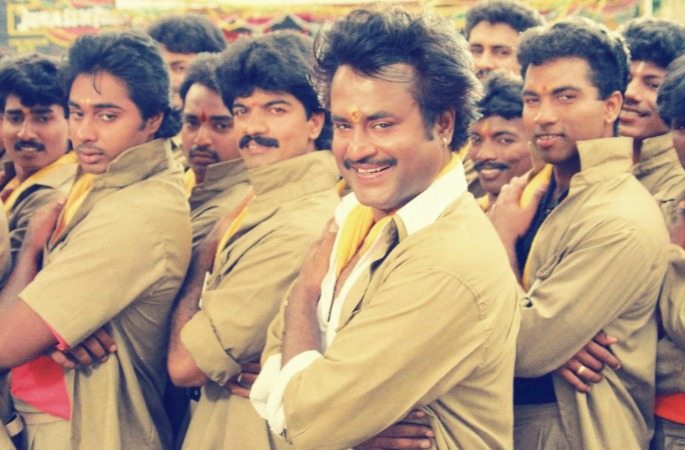 Baasha can be termed as a milestone in Rajini’s successful film career.

This Tamil action hit drama, saw him as a humble rickshaw driver.

Unsurprisingly, Rajini did a commendable job, with absolute ease.

All in all, this role raised him from being just another successful actor to earning the status of a respected idol.

The film completed a continuous running of 368 days at the box office.

Given this, Rajni’s dialogues and gestures became impressively memorable. 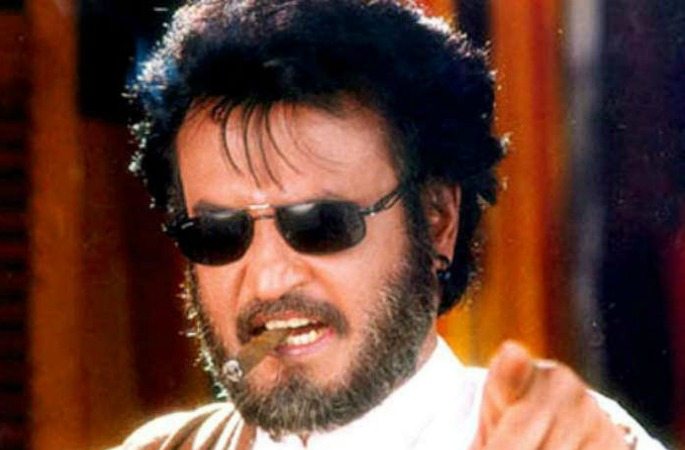 In this film, we see Rajinikanth as a young, lively man, who falls in love with a servant’s daughter. And, through this, creates an enemy in the form of Ramya Krishnan.

Following which, his spectacular performance earned him immense praise in the film. 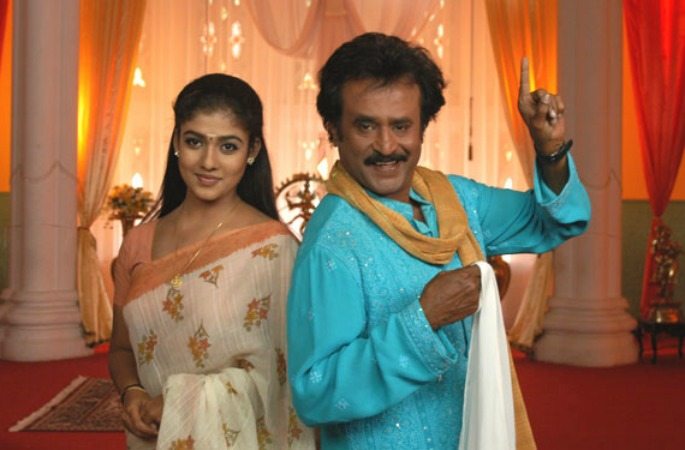 In this horror comedy flick, Rajinikanth carried off the Indian-American psychiatrist look.

Illustratively, he visited an abandoned mansion for creepy happenings, attributed to a ghost courtesan.

With his trademark charisma and impeccable performance, the award-winning film star once again won the Tamil Nadu State Film Awards 2005, as the best actor.

Chandramukhi was his third all time blockbuster movie.

It completed a massive 700 day run at the box office, with reports of around 20 million tickets sold worldwide. 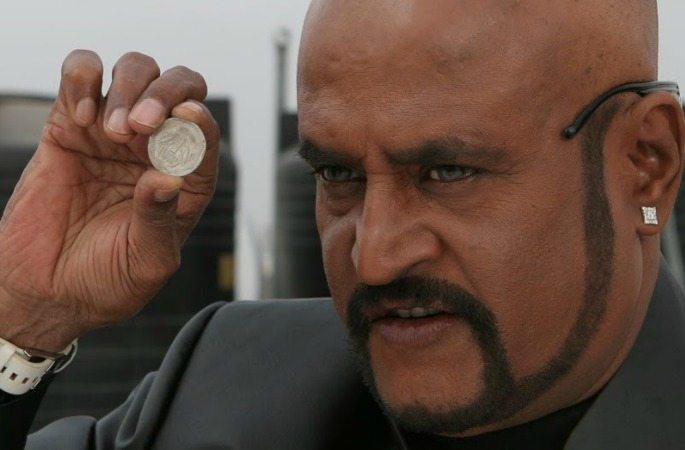 Playing the protagonist, he carried out the clever NRI role. In which, he desired to construct a hospital for the poor. But, ended up entangled in the web of corruption.

Winning hearts with his purely entertaining and endearing personality in Sivaji. Yet again, Rajini won the Tamil Nadu State Film Awards in 2007, as the ‘Best Actor’.

Additionally, Sivaji became the first Tamil movie charted as one of the top 10 best films, across the United Kingdom and South Africa. 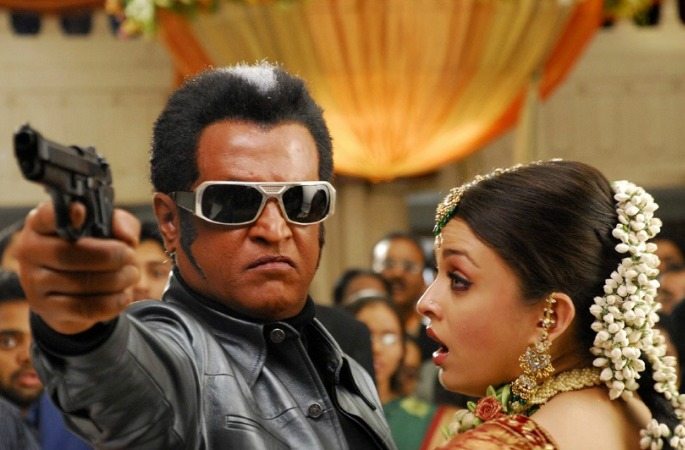 Expressing computerised feelings and characteristics, he sophisticatedly carried off the appearance of an android robot.

It was the portrayal of this character, Chitti, that won him critical acclaim. 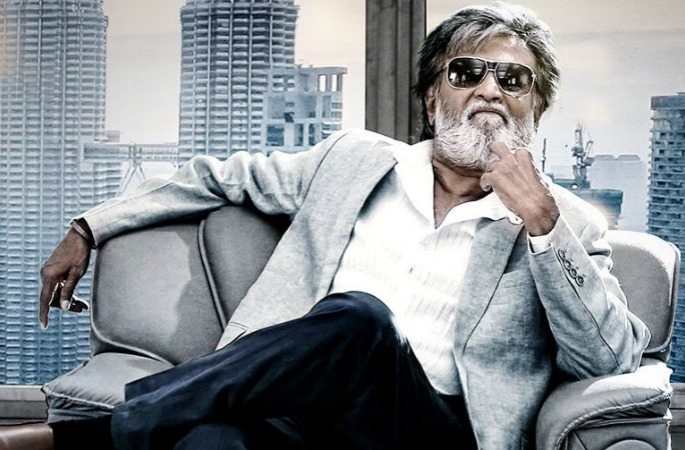 In his latest release, Kabali, Rajini has played the role of a gangster, with swag.

However, in comparison to his previous avatars, this time, Rajini has certainly played his age.

The 65-year-old rocks the bearded, old character look with grace.

Using these effectively, Rajinikanth increases the credibility and sincerity of his various characters.

Overall, his ability to express the inner expressions of all genres, comedy, horror, sci-fi, and crime, with equivalent ease, attracts people of all generations.

He is also popular amongst Bollywood stars. Shahrukh Khan dedicated a Tamil dubbed song from his film Fan to Rajinikanth, and stated on his Twitter account:

“Rajni Sir, I’m not a star, but just one of your countless fans.”

Rajinikanth, without a doubt, is a true legend.