Secret Superstar ~ a Story of Tears, Talent and Triumph

Post the tremendous success of Dangal, Aamir Khan and Zaira Wasim return to the big screen with Secret Superstar. A film about achieving your dreams.

It definitely is no 'secret' that Zaira Wasim is on track for becoming a 'Superstar'.

The movie narrates the story of 15-year-old Insia (played by Zaira Wasim) from Baroda in Gujarat. She aspires to become a singer, but her dreams are suppressed by her father’s ideologies.

Hiding her true identity by wearing a burqa, Insia becomes an internet sensation after her singing videos go viral on YouTube.

With the help of popular music producer Shakti Kumaarr (played by Aamir Khan) and the support of her mother Najma (played Meher Vij), Insia tries to pursue her dream to sing on stage.

Initial promos promise the film to be an uplifting and poignant story. Lead actors Aamir Khan, Meher Vij and Zaira Wasim certainly impress in the trailer.

But how good is the final product? DESIblitz reviews this Advait Chandan film. 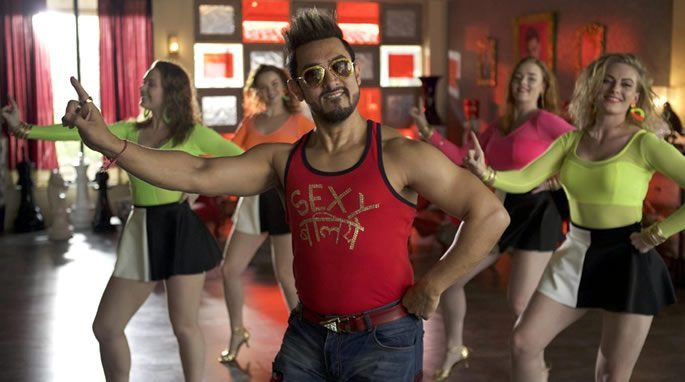 In the past, we have seen numerous films which revolve around a young person aspiring to become a superstar, be it an actor or singer.

But what really sets the film apart, is its simple, natural and realistic milieu. The story is not far-fetched, nor is it pretentious.

The way Insia becomes an internet sensation is not some fantasy – it could easily be the story of anyone from anywhere.

Furthermore, the fact that we live in the era of social media and viral videos, the movie’s concept is very relatable.

Insia also keeps her identity a ‘secret’, making the story unique and enhancing the idea that this internet sensation could be anyone.

On the one hand, he presents Insia’s father as a chauvinist and woman beater. He believes that women should be educated, but does not allow his daughter to pursue her passion.

Yet Insia is spurred on by the compliments and support she receives on social media for her singing, and even by her mother’s desire for her to realise her dreams.

Besides the story and direction, there are some thought-provoking lines. One memorable speech is when Shakti tells Insia:

It is these style of dialogues which teach and inspire parents, whose children are talented in a particular subject.

From Insia’s frustration to her high-school romance, Advait covers every aspect of Insia’s life. This is why the audience can resonate with the character so well.

She also comes across as an ordinary yet strong-minded girl. When she flies to Mumbai, she argues with a person who occupies her window-seat. The fact that she argues for her seat, foreshadows how the girl must fight for her dream.

It is not just Zaira’s character that has been well penned, even other supporting characters have relevance in the film. 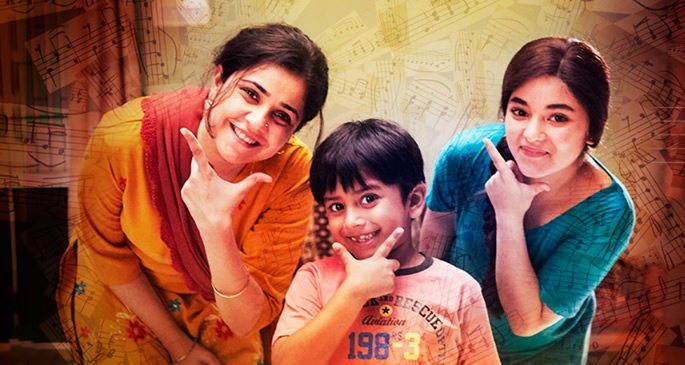 But these well-written characters would be incomplete without splendid performances.

Zaira Wasim, as Insia, is excellent. Can you imagine that a 16-year-old girl can portray such an emotionally intense character and that too, in her second film post-Dangal?

Wasim proves that talent has no age and the actress effortlessly carries Secret Superstar on her shoulders.

When it comes to moments where she kicks a bucket or punches a wall, the audience also feels the frustration and pain she displays.

Her dialogue delivery, expressions and innocent looks remind us of a young Nargis. It definitely is no ‘secret’ that Zaira Wasim is on track to becoming a ‘Superstar’.

Meher Vij is a supremely talented actress. After playing the worried mother in Bajrangi Bhaijaan, she is now a domestic violence victim in Secret Superstar.

From the very first frame, the audience becomes acquainted with Najma’s character. We are aware that something is amiss in her life.

Her performance will make you feel sympathetic and sad once you see what she goes through in the film.

Whilst individually Zaira and Meher are first-rate, their on-screen chemistry as a mother and daughter is simply on another level. Witnessing this will make you teary-eyed.

Raj Arjun’s character – Farookh – reeks of bigotry. Seeing such a narrow-minded father and vile human being makes our faces go red with anger. He is the ‘Haanikaarak Bapu’ of the film, quite literally!

The risk of Raj Arjun’s role is that it could have easily been overplayed and exaggerated. However, Raj portrays it subtly and efficiently.

In comparison to his previous role in Dangal, Mr Perfectionist portrays a quirky and somewhat funny role after many years.

Despite playing a special appearance, Aamir is superb in his role and contributes to the narrative well. 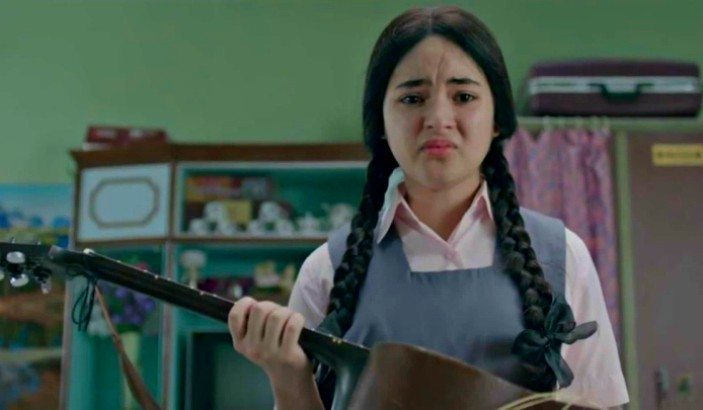 Amit Trivedi is one of the finest modern composers in Bollywood and he lives up to his name with the music soundtrack.

Each song is catchy and has its own beauty. The lyrics within hit-songs like ‘Main Kaun Hoon’ and ‘Nachdi Phira’ exhibit Insia’s thoughts.

The same can be said with ‘Sapne Re’, a track which expresses that Insia wants her dream to come true.

‘Meri Pyaari Ammi’ is the most endearing song of the album. It makes you weep and want to tightly embrace your mother.

The upbeat number ‘Sexy Baliye’ borrows similar lyrics from ‘Nachdi Phira’ and works perfectly with the character of Shakti Kumaarr.

The most outstanding point about the album is that all of Insia’s tracks have been crooned by teenager Meghna Mishra. With each song, you can feel Insia’s pain and her thirst for success.

Undoubtedly, this film’s music is Amit Trivedi’s best work since Bombay Velvet.  Moreover, the visuals of the songs weave nicely into the film.

Despite the innumerable positives, are there any negatives? Yes, but very few. Although the general pace is good, one feels that the second-half is slightly dragged out and this could have been shortened.

The movie is not just a feel-good Aamir Khan venture, it is a sentiment which connects straight to the audience’s heart.

From the performances to the music, Advait Chandan spells a WINNER with Secret Superstar.

This is by far one of the best Bollywood films of 2017 and is, therefore, a strongly recommended watch.

Anuj is a journalism graduate. His passion is in Film, Television, dancing, acting and presenting. His ambition is to become a movie critic and host his own talk show. His motto is: "Believe you can and you're halfway there."
Golmaal Again cast talk On-Set Fun, Pranks & Comedy of Horror
India’s Next Top Model to feature First Transgender Contestant