A narrative which informs, entertains and inspires the audience

Aamir Khan is amongst Bollywood’s finest actors. His body transformation from 98 kilos to 70 within five months is truly a magnificent achievement.

Plus, with a fantastic track record of successes like PK and Dhoom:3, there is a huge anticipation regarding Dangal.

The film spans the length of 10 years.

As such, the movie explores the grit and determination Mahavir has against all odds. He bravely embraces criticism from society, surviving with a lack of money, apathy from officials and more. But he doesn’t give up, just to see India win Gold.

Dangal promises to be a motivational story which harbours on hope, determination and emotions. So, how good is this Biographical Sports Drama? DESIblitz reviews! 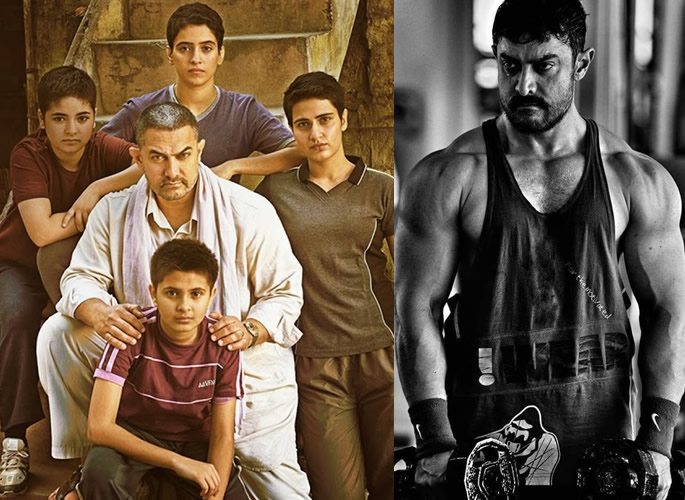 With Dangal, his direction goes notches higher. The beauty of his filmmaking style is the realism, encompassed through the rustic settings and milieu.

Dangal, being a film which focuses on female empowerment and gender equality, could have easily been preachy. But the writers and director ensure that the theme is weaved into a narrative which informs, entertains and inspires the audience.

Plus, the film also briefly touches upon child marriages. This has been mainly covered in non-mainstream films like Water, whereas the serial Balika Vadhu centres around this subject. But what makes it more interesting, is the fact that Mahavir Phogat decides to train his daughters to become wrestlers, whilst living amidst the orthodox society.

When we talk of the orthodox society, there is a scene which shows Geeta and Babita cutting their hair.

The haircut symbolises how these two girls have gone against society’s norms to continue their father’s legacy and perfect themselves as wrestlers.

Setu’s cinematography in this particular scene and throughout the film is top-notch. In fact, the wrestling quotients are naturally shot. It does not feel as though we are watching a re-enactment of the matches.

It is also heart-warming to see regarding the relationships within the Phogat household. The freshness is added through wrestling sequences between the father and his daughters rather than his sons, which omits gender inequalities.

A particular scene where Manvir (Aamir Khan) massages the legs of Geeta and Babita after a strenuous day of intense training, is very pleasing to watch. Nitesh Tiwari gets all the ingredients right to bring a tear to the eye! 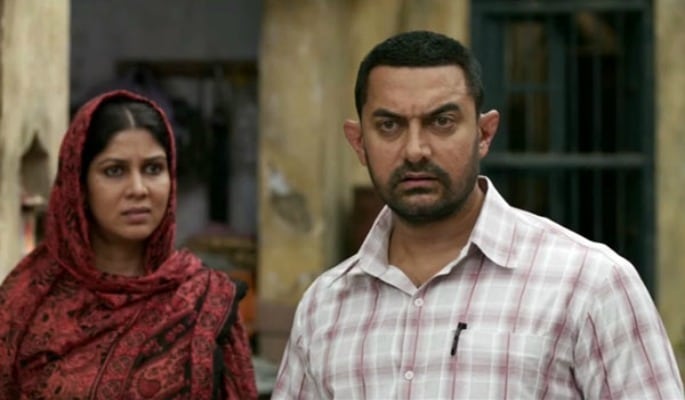 Whilst the script and storyline are powerful, the performances of cast members are equally impactful.

Aamir Khan is a perfectionist. With his performance in Dangal, this has been proved once again. His portrayal of the disciplined father, Mahavir Phogat is excellent. It does not seem like Khan is actually acting, he simply becomes the character. Expect another fine performance him.

Geeta Phogat won India’s first ever gold medal in wrestling at the Commonwealth Games, in 2010. Plus, she became the first-ever Indian woman wrestler to have qualified for the Olympics.

It is quite challenging for Fatima Sana Shaikh to live up to the real life champion. But her endeavours have paid off as she also delivers a fantastic performance. We look forward to seeing what she has to offer in her next projects!

Sanya Malhotra depicts Geeta’s sister, Babita Kumari, who won a silver medal at the 2010 Commonwealth Games. Malhotra naturally moulds into the role well. She is seen to be the obedient daughter who supports her father and loves her sister dearly. As such, her sibling chemistry with Shaikh is brilliant.

It must also be mentioned that the child actors playing the young Geeta and Babita (Zaira Wasim and Suhani Bhatnagar) are also superb. 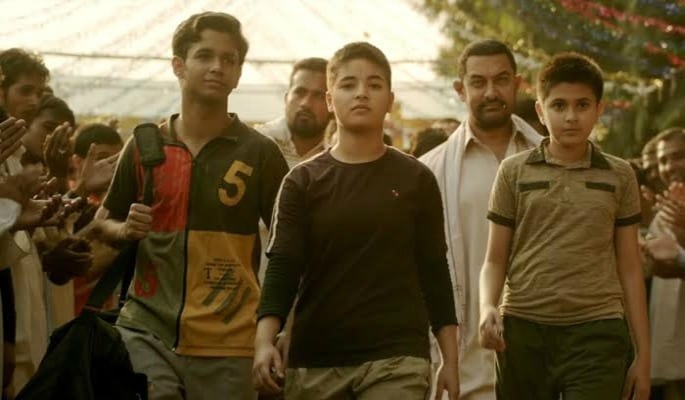 The background score fully captures the audience’s attention, especially during the fight portions. It builds up the action.

As for Dangal‘s album, the title song and ‘Dhaakad’ are thoroughly motivational – perfect for a gym workout! Meanwhile, ‘Idiot Banna’, ‘Naina’, ‘Haanikaarak Bapu’ and ‘Gilheriyaan’ become loved after watching the film. Pritam composes another wonderful soundtrack.

Any negatives? Dangal doesn’t have any major negative tropes. But since the film runs for 150 minutes, it might be quite long for some viewers.

Despite this, there isn’t a single moment which bores the audience. By the time credits roll, one yearns to watch the film again. Now, the real ‘Dangal’ begins at the box-office!

Overall, Blockbuster is the appropriate verdict for this Nitesh Tiwari directorial.

From the powerful script, music and performances, Dangal is an inspirational film. Strongly recommended for all cinema enthusiasts.

Anuj is a journalism graduate. His passion is in Film, Television, dancing, acting and presenting. His ambition is to become a movie critic and host his own talk show. His motto is: "Believe you can and you're halfway there."
Deepika Padukone’s Journey to Stardom
Sunny Leone is sizzling Hot as ‘Laila Main Laila’ in Raees