Headed by Aston University, a new social project in India hopes to aid local communities and villages with innovative new farming methods. DESIblitz has more on the Energy Harvest initiative.

"Technology is probably only 10 percent of the solution of any kind of social challenge."

A life-changing new project spearheaded by Aston University has been improving the lives of rural communities in India.

Agricultural farming is part of the makeup of rural India. Villages in each of the states depend on the harvest of wheat, rice, sugarcane and pulses to offer sustenance and work for families.

Over the years, farming practices have welcomed modern technology, making the harvest of crops easier and more practical.

But some century old methods still remain – including the custom of crop residue burning which is common across all agricultural areas of South Asia even today. 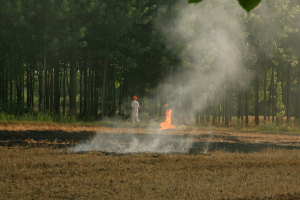 It is thought that 21 million tonnes of rice straw are burned in the Punjab each year.

While considered an uneconomical waste of crops and a key loss of nutrients to farmland, the harmful effects of acres worth of burning residue are both serious and deadly.

Excess smoke and fumes have led to a rise in air pollution across Punjab. For young families and children growing up and living only metres away from such fields, this is a constant source of worry.

But for those farmers obligated to make the most of the harvest season, many rely on burning to clear crop residue for the beginning of the wheat season.

As Aston University’s Professor Robert Berry explains to DESIblitz: “They burn crops because it is expedient. It’s completely rational; they do it because the rice is harvested and you’ve got to get the wheat in and if you don’t get the wheat in quickly, you lose money.

“And money is very important so if they can’t find a use for the rice straw, they burn it. It’s very pragmatic; it’s not the right thing to do but it’s a practical thing to do.” 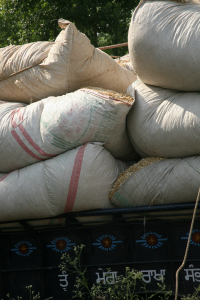 To counter this incredible waste of crop residue, but still remain an efficient substitute to burning, Aston University has collaborated with IIT Ropar and the Oglesby Charitable Trust to engineer a fruitful solution.

Together, they have created an innovative new technology, known as Pyroformer. The technology works to convert the agricultural wastes into useful compounds and products that can be used by industries as a viable energy source and by local farmers as a valuable fertiliser.

Prof. Berry leads the research team behind the Energy Harvest initiative: “It was a consequence of what we saw taking place in Ropar at the time. The fields were ablaze.

“It kicked off a research project, and we commissioned a piece of work into looking at bringing rice straw, processing it through this device, looking at the outputs and seeing what we can do with them.”

Eventually they found that the resulting compounds, pyrolysis-oil and bio-char, were two such products that could have a huge economic impact on the Punjab, and indeed India.

Bio-char has significant value as a fertiliser, making it useful for farmers and even housewives who can substitute it as a fuel for cooking instead of firewood or cow dung. 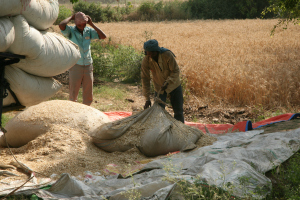 Pyrolysis-oil is another fuel source that can be used by local farmers to run small-scale engines for irrigation.

One of the main finds that Prof. Berry tells us of is that the products can also be blended to increase diesel yield; which is used extensively for agricultural purposes and even powering mobile phone masts.

Berry admits that the reason why Pyroformer technology works so well is because it offers farmers and rural residents a monetary or commercial alternative. The incentive of not burning their crops is that they can sell the waste in other forms:

“What we recognised is that technology is probably only 10 percent of the solution of any kind of social challenge.

“People won’t simply accept a new technology; they need to be comfortable with it, and its use needs to fit into their way of life. Most importantly, they must see value in its application.”

Berry adds that the initiative began by constructing portable devices that could be transported relatively easily, including powering local schools for several months.

Government schoolteacher, Dhanwant Kaur says: “There was no provision of electricity in our school. The project was run for a month in our village and they had provided electricity to our school and thus there was relief from hot summers for the school children.”

Watch the video explaining more about the Energy Harvest project below:

Following its success, Aston and IIT Ropar have now decided to integrate ‘semi-permanent installations’ which can last the entire harvest season. Berry explains that this new phase will establish four separate installations:

“Each of those will be slightly different, because we’re still learning which products are most valuable and how they might have value.”

Currently the project is supported primarily by the Oglesby Charitable Trust. The Trust alongside other partnering organisations have already extended fifty percent of the funds for the next phase but are now looking for individuals, companies and partners in both the UK and India to offer additional funds.

A total of £775,000 is required to fund the next phase of the project. This will cover operational costs and the purchase of four new Pyroformer units.

Here is an infographic showing a breakdown of the funding and costs: 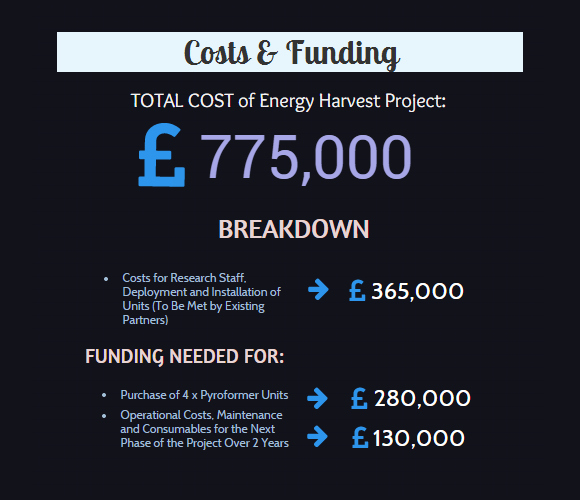 Founder of the Trust is Aston alumni and philanthropist, Michael Oglesby, who says: “We are hoping others join with us; especially those that have come to the UK from India and are looking to re-invest back into their homeland. This is now a call to arms to come forward and join us.”

Of them include Paul Bassi CBE, Chief Executive of Real Estate Investors PLC. Speaking about the project, Bassi says: 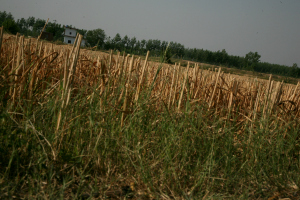 “The technology developed at Aston University is already helping people in small farming communities in the Punjab – where my family have their origins.

“There is huge potential for this technology to benefit thousands of communities and I am lending my full support to the next phase of this exciting project. I encourage others to follow my example.”

In its short life span, the Energy Harvest project has changed the lives of many Indian villagers in rural Punjab. Pyroformer technology has been demonstrated as an efficient solution to the challenge of open field burning, and many farmers and locals have welcomed its positive effects.

Aston University, IIT Ropar and the Oglesby Charitable Trust now hope that more support can be given to the project through donations, to ensure that rural Indian families remain safe from burning farmland.

If you think that you could help this project or if you would like to make a donation, please contact Andrew Harris, Executive Director of Campaigns, Aston University B4 7ET T: +44 (0) 121 204 4560 or E: andrew.harris@aston.ac.uk

Aisha an English literature graduate, is a keen editorial writer. She adores reading, theatre, and anything arts related. She is a creative soul and is always reinventing herself. Her motto is: “Life is too short, so eat dessert first!”
How UK Exit Checks Could Affect You
‘Pakistan Palace’ tax fraudster told to repay £2.2m