How UK Exit Checks Could Affect You

From April 8, 2015, ferry and train travellers leaving the UK are subject to exit checks. But long queues and rising costs could hamper its goal to control immigration.

An estimated £2.5 million has already been spent by Eurotunnel to support exit checks.

The UK government has revived the ‘exit checks’ for travellers leaving the UK by sea and rail to curb illegal immigration.

From April 8, 2015, passengers departing the UK to other countries by ferries and trains are subject to stricter immigration control.

The measure was abolished 17 years ago by the Labour government as a result of ‘inefficient use of resources’.

It has been reintroduced by the Conservative government to monitor people’s movement and fulfil their four-year-old promise to reinstate the system. 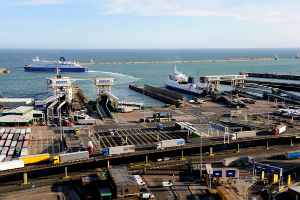 For now, only 25 per cent of the swiped documents are further verified by an officer to make sure the traveller in person matches with that on the passport.

The aim is to keep travel disruption and queues to the lowest level, and pave way for a full roll-out.

A P&O Ferries spokesman agreed: “The actual scanning of passports is quick, it’s the verification that takes longer.”

If all goes to plan, this will be increased to 50 per cent in May 2015, possibly near the May bank holiday.

It is expected that by June 2015, every single one of these passports will be checked against the travellers.

The government states exit checks is ‘predominately an immigration and data tool’. It believes the information collected on the travellers will ‘improve our ability to identify and further tighten the immigration routes and visas that are most vulnerable to abuse’.

At the moment, the only groups exempt from exit checks are school coach parties of European Economic Area with children under the age of 16 and sporting tours.

In the UK, it is very common for people to travel by sea and rail to neighbouring countries for business trips or short breaks.

Eurostar and P&O Ferries are among some of the most popular choices of transportation outside of air travel. 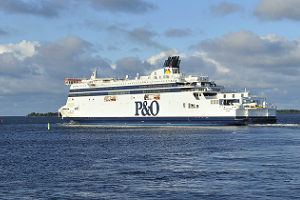 Every year, an approximate 20 million people use the Channel Tunnel to cross the European Continent.

Around 12 to 13 million passengers per year travel to and from Dover by ferry.

Enforcing exit checks at the ports and train stations could mean those long queues that we all dread at the airport will no doubt haunt us very soon.

A number of ferry companies have voiced their concern, after conducting private trials which found ‘significant queues (of 650+ cars) will form on days when overall car numbers exceed 7,500’.

Tim Reardon, the UK Chamber of Shipping policy director, said: “The model showed that, with tourist and freight check-in transactions extended by exit checks, the queue of traffic heading for the port of Dover would extend at least 8km, blocking the A20 almost as far as Folkestone.”

So far, no reports of massive delays or travel incidents have been reported at the Eurotunnel terminal in Folkestone or P&O Ferries’ terminal in Dover.

Bear in mind, most people have just returned from Easter bank holiday and only one quarter of full checks has been implemented for now.

A source from the ferry companies also pointed out the health hazards of these delays: “There is all manner of health and safety risks imaginable from toddlers needing to go the toilet through to families frying in cars on a summer’s day.”

Higher cost may shift to travellers

Nightmare queues may not be the only concern for travellers, as it emerged that an estimated £2.5 million has already been spent by Eurotunnel to support exit checks.

John Keefe, director of public affairs for Eurotunnel UK, indicated this money was dedicated to various related initiatives, such as refurbishing its terminal and hiring additional staff. 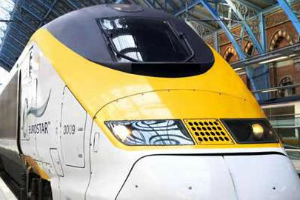 He also highlighted the need to modernise exit checks in order to improve efficiency of the process.

If new technology is introduced, a portion of the cost will possibly be transferred to travellers one way or another.

Last time exit checks was in place in the UK, the Labour government agreed to a £750-million contract, though reportedly only £188 million had been paid.

Will it cost us even more this time? Is it the real solution to poor immigration control or merely a strategic move by the Conservatives to secure re-election?

It is yet to see the impact of peak traffic on exit checks. With two bank holidays coming up in May 2015, all will be revealed in good time.