Steven Gerrard will leave Liverpool after spending 16 years at his hometown club. DESIblitz brings you the reaction of Asian football fans to this groundbreaking news.

“His decision to leave the club came as a huge shock to all Liverpool fans.”

Steven Gerrard is set to leave Liverpool when his contract expires at the end of the 2014-15 season.

A born-and-bred Scouser, Gerrard, 34, has spent his whole career at Anfield. He signed for his hometown club at the age of eight, and made his first-team debut in 1998.

In an era in which one-club players are rare, the highlights of Gerrard’s 16-year career include winning the Cup Treble in 2001 (League Cup, FA Cup, and UEFA Cup) and the Champions League in 2005.

Speaking of his exit from the club, Gerrard said: “Liverpool Football Club has been such a huge part of all our lives for so long and saying goodbye is going to be difficult. But I feel it’s something that’s in the best interests of all involved, including my family and the club itself.”

Lifelong Liverpool fan, Gurpreet Mudhar, from South London, said: “His decision to leave the club came as a huge shock, not just to me but to all Liverpool fans.”

Gurpreet added: “I can totally understand his decision to leave and try a new challenge in America. It can’t have been easy to take at being dropped to the bench at the Bernabeu.” 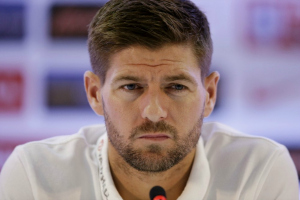 Pakistan based Liverpool fan, Saqib Tanveer, expressed sadness at the news. He tweeted: “There’s only one Steven Gerrard. Only one. Irreplaceable. You will be missed.#YNWA”

There were some fans who believe that Liverpool should have done more to keep hold of him.

Liverpool fan Jasdeep Sian, from Leicester, said: “I feel like he had a lot more to offer going into the last part of his playing career. With his experience and knowledge of the game he would have been ideal for Liverpool to start bedding in new players.”

By contrast, others believe that he has made the right choice. Ronny Sharma, from Abu Dhabi said: “It’s probably best he leaves the club. He wouldn’t settle for what Lampard is doing now and coming off the bench. Plus he’ll do well in the States.”

Despite the success Gerrard has achieved and the integrity that he has shown as a footballer, there still remains a sense for many fans of what might have been.

He achieved silverware in his career, including the Champions League. But the lack of a Premiership title is a glaring omission from his trophy cabinet.

In addition, one theme that constantly recurred in many fans’ thoughts was Gerrard’s slip up at the end of the 2013-14 season against Chelsea at Anfield.

“I felt bad for Liverpool when they lost to Chelsea. Because that was their moment. That’s going to be his career-defining moment. But it shouldn’t be. Because he single-handedly won the Champions League for Liverpool in 2005.”

For some fans, there are questions about whether he was worth the accolades that he received.

Manchester United fan Vishnu Padmanabhan, from Bandra, Mumbai, said: “I do feel he was slightly over-hyped though. In terms of midfielders playing in England during my lifetime, I’d rate Keane, Scholes, Vieira and Fabregas all higher than Gerrard.

“I felt they influenced games far more. But they also had the chance of playing with significantly better teammates. Who knows how good he’d have looked playing in Mourinho’s Chelsea in 2006?” 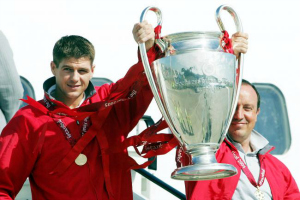 However, the tenacity, leadership, and loyalty that Gerrard showed, meant that he was respected by both adversaries as well as supporters.

United fan Vishnu added: “He was to Liverpool what Keane was to United. When you think Liverpool you think Gerrard. This explains the hatred from United fans. But underneath the vitriol I feel there is some respect for his quality and him sticking with one club.”

The most diehard Liverpool fans of the current era consider Gerrard to be the best player Liverpool has ever had.

Devoted Reds fan Jasdeep said: “When we won the 2005 Champions League, he single-handedly inspired the comeback. To me he will always be captain fantastic and the best player Liverpool have ever had.”

On his Instagram account, ardent Liverpool fan Gurpreet wrote: “He is by far the best player I have seen grace the Anfield turf. I’d just like to say thank you captain fantastic for all the memories, for all the blood, sweat and tears. We will all cherish the next 5 months. YNWA!”

Steven Gerrard has confirmed that he will be playing in Major League Soccer (MLS) in the United States in the 2015-16 season. Reports indicate that it is most likely that he will join David Beckham’s old team, the Los Angeles Galaxy.