On October 14, 2017, Liverpool and Manchester United played out the latest fixture of their fierce rivalry, but what did DESI fans make of the encounter?

"Although we were missing players, the lack of creativity and motivation to attack was alarming."

After the latest encounter between Liverpool and Manchester United, DESIblitz finds out the thoughts and reactions of several DESI fans.

On October 14, 2017, Liverpool and Manchester United kicked-off a weekend of Premier League football which featured 28 goals.

Unfortunately, though, none of those goals came at Anfield as United held the hosts to a largely uneventful 0-0 draw.

But the match and the result brought about mixed reactions from both the managers and fans alike.

Manchester United manager, Jose Mourinho, says: “It’s a positive point for us, and once more we controlled them.” Meanwhile, Liverpool boss, Jurgen Klopp, says: “They are happy, we are not. Only we were dominant.”

So who is right? DESIblitz looks at the match between the two fierce rivals and hears the thoughts of several British Asian football fans. 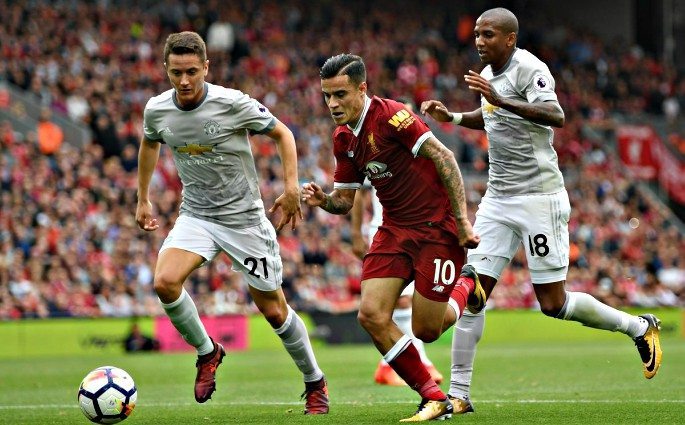 Statistics show Liverpool’s dominance with the ball against their bitter Manchester rivals. But despite enjoying 62.2% of possession, they were unable to breach an organised Man United defence.

They did have their chances, though. Liverpool had 19 shots altogether, with 5 of those on-target, and 2 being clear-cut opportunities to score.

However, the hosts found the Manchester United goalkeeper, David de Gea, at his world-class best as he kept them out.

de Gea single-handedly, or rather single-leggedly, denied Liverpool’s Joel Matip from scoring as he instinctively threw his leg out to stop Matip’s close-range effort.

The ball broke to Mohamed Salah who swivelled to shoot with his favoured left foot. With the Egyptian in such fine form, a goal seemed inevitable, only for the ball to whistle past the post. 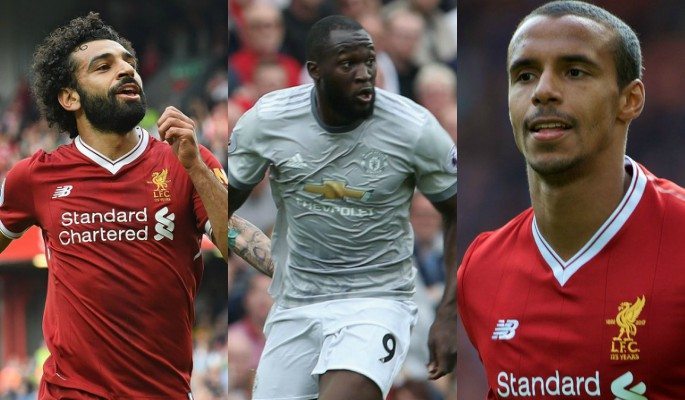 And that’s as close as Liverpool came. Aaron is a footballer for Khalsa Sports and Panjab FA as well as a loyal Liverpool fan.

Speaking about the match, Aaron says: “Liverpool couldn’t make the most of their possession or shots. In a big game with that much possession, you [Liverpool] need to do much better.”

United themselves only had one real opportunity of their own as Romelu Lukaku broke through just before half-time in Liverpool.

Despite bearing down on goal with time and space, Lukaku’s effort was effectively straight at his Belgian compatriot, Simon Mignolet, who beat it away.

Bilal says: “Mourinho’s instructions were simple. Stay compact and wait for a golden chance. But Lukaku did not follow the script as he missed their opportunity.”

So is the dreary goalless draw down to the tactical approaches or solid defensive performances of both teams? DESIblitz takes a look.

DESI Fans on the Players 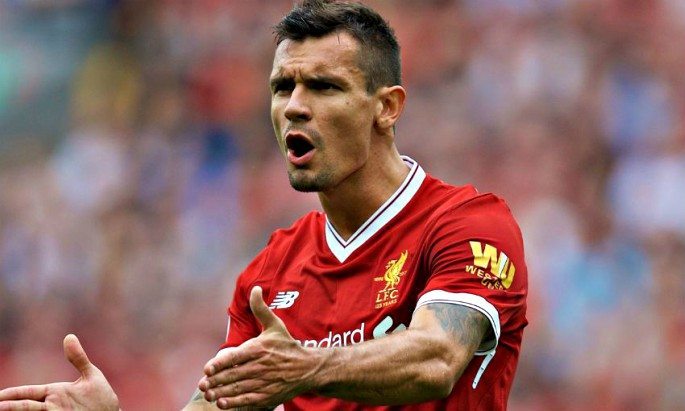 While de Gea kept Liverpool out at one end, Romelu Lukaku could have added to Liverpool’s frustration at the other.

But Bilal believes that Liverpool dealt well with the threat of the Man United striker. The British Asian football fan says:

“Dejan Lovren was fantastic and proved me wrong as he made Lukaku look average. The entire defence deserves praise for their performances. A solid defensive display is just as important as 3 points and this result could give confidence to our under-pressure defence.”

Areeb, a Manchester United fan, adds: “Joe Gomez had one of his best games in a Liverpool shirt by stopping Rashford and Martial.”

Despite Lukaku beginning the weekend as the Premier League top goalscorer, his ineffective 90 minutes ended after having just 22 touches, and 1 shot on target.

David de Gea, meanwhile, has now made 5 saves from big chances this season. His sensational 90.4% save percentage is comfortably the highest in the English Premier League.

Narinder explains that “A world-class goalkeeper in David de Gea is the reason we didn’t lose this game.” 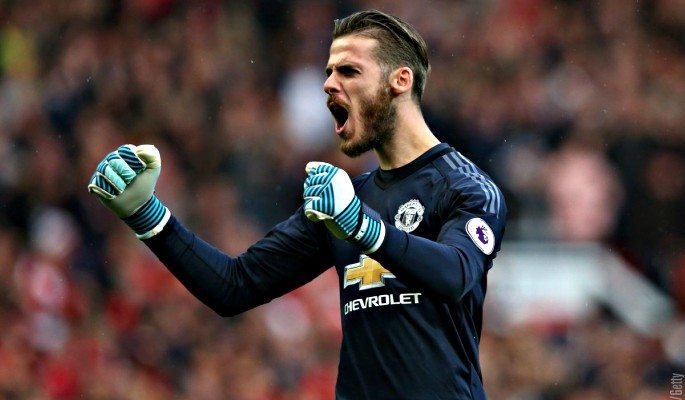 Speaking after the game, Jose Mourinho made it clear that he is unhappy with his squad depth. He said: “In the second half, I was feeling that I need my bench, but I had no bench. I need to play with power and energy, but we had none.”

Yet, since his arrival in May 2016, Mourinho has already spent over £300m predominantly on six new players. And four of those featured against Liverpool too, while some quality players were United substitutes.

Mourinho had the pace of Jesse Lingard and Marcus Rashford, the technique of Juan Mata, and the defensive qualities of Victor Lindelof and Daley Blind all available to call upon.

DESI Fans on the Tactics

“There has been a lot of criticism given to the tactics Mourinho deployed at Anfield. My problem is the lack of attempt United made to have a go at Liverpool’s weak point – their defence. A more attacking approach was needed.”

Manchester United players made more tackles, interceptions, blocks, and more clearances than Liverpool during the match.

Liverpool manager, Jurgen Klopp, says: “It was obvious that they had a more defensive approach. They looked like they would take a point. They defended with nine players around the box, it makes it more difficult for us.”

Yet Mourinho’s post-match comments explain that Liverpool did not take enough risks in trying to win the match.

He says: “I thought playing at home, seven points behind us that they are going to change. But they never did. They [only] changed man for man in attack.” 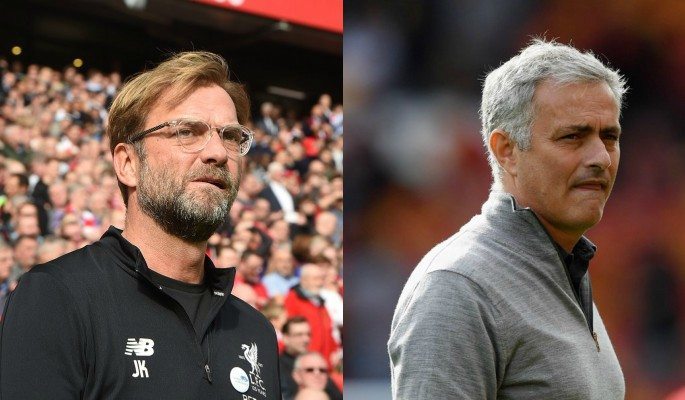 The goalless draw means that it is only the second time this season that Liverpool FC have failed to score. But, for Manchester United, it is their ninth clean sheet in ten games.

Speaking to DESIblitz, Areeb adds: “Although we were missing Bailly, Pogba and Fellaini, the lack of creativity, chances, and motivation to attack was alarming.”

Liverpool’s 500 completed passes is nearly double that of Man United who made 267. The hosts also made 17 key passes compared to United’s 2, showing that Areeb is right in saying his side lacked motivation to attack.

But Mourinho believes Liverpool’s inability to score is their own fault. He says: “We had total control. When they had the ball they didn’t find any solution.”

And finishing their chances is proving to be an issue for Liverpool in the 2017/18 season. Aaron believes: “We lacked an out-and-out striker in the box.” 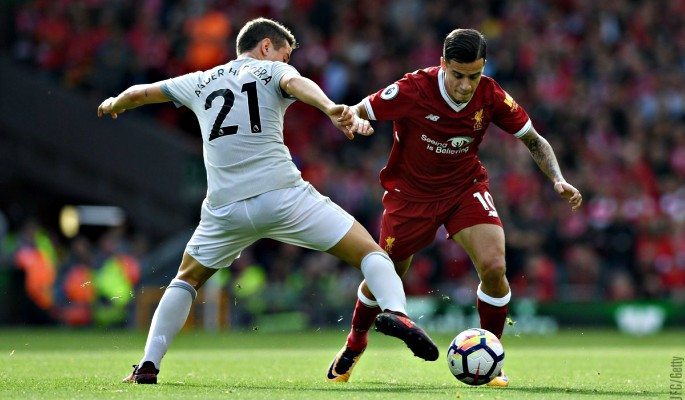 With Manchester City scoring freely and winning easily against all sides they are facing at the moment, should United have gone to Anfield with more attacking intent?

Undeniably, there was a chance to exploit Liverpool’s vulnerable backline with the forward players that they have. Areeb says: “It was certainly a chance for a huge three points.”

But, Liverpool are also at their devastating best when teams attack and come on to them.

By not attacking Liverpool, Mourinho also eliminated the Liverpool threat to United. Just like he did in the 2016 meeting between the two sides which also ended in a drab 0-0.

So what do the managers and the British Asian football fans think of the result? 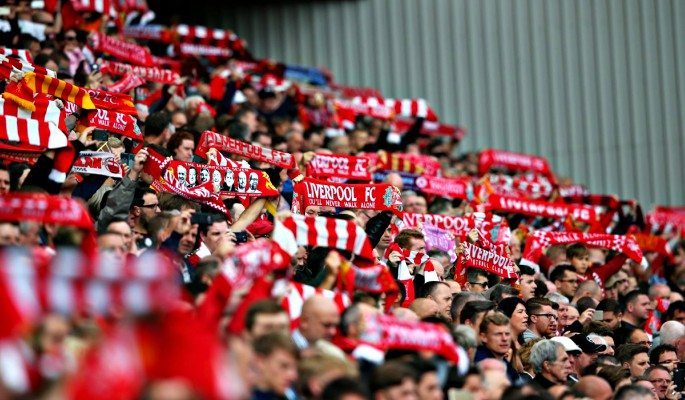 Speaking to media after the game, LFC manager Jurgen Klopp says: “It was a good performance, I thought worthy of three points.”

Mourinho, meanwhile, says: “A point at Anfield is OK.”

Narinder believes: “Ultimately it is Liverpool who have lost two points,” while Sunil adds that it is: “A great point away at Anfield.”

“The recent clash of the most dominant English teams in history, Liverpool and Manchester United was probably the worst I have seen. As a fan growing up during the great Fergie [Alex Ferguson] era, I do not want to see another dreary display like this at Anfield!”

But Areeb also adds: “In the grand scheme of things it was a good point.”

Neither of our Liverpool FC DESI fans are happy with the result, though.

Aaron says: “We should have made the most of our dominance and got 3 points,” while Bilal says: “I’m happy with the clean sheet, but not with the point.”

Hopefully the next encounter between Liverpool and Manchester United will be much more entertaining, possibly with the British Asian footballer, Yan Dhanda, involved