Manchester City beat their city rivals Manchester United in a fiery top-of-the-table clash between the sides. But what do DESI Fans think about the game?

“It was embarrassing to watch Manchester United play like that in their own stadium.”

Manchester City’s victory over Manchester United means that the city is now blue instead of the usual red. But does their derby win show a shift in power between the two Manchester sides? Our DESI Fans give us their opinions.

Goals from David Silva and Nicolas Otamendi came either side of Marcus Rashford’s first-half goal to secure victory for City.

Man United manager, Jose Mourinho, though, believes City were “lucky” to win. Speaking after the game, he says: “I think they are a very good team [but] I think they are lucky.”

Nevertheless, the result puts Manchester City a stunning 11 points clear at the top of the Premier League table. And with Pep Guardiola’s side in such incredible form, can anybody stop their march towards the league title?

Our DESI Fans give their thoughts on this possibly crucial result in the race for the 2017/18 Premier League trophy.

DESIblitz hears from Manchester United fans, Areeb and Amirah, as well as Chaan, Hussain, and Junaid as DESI Fans of Manchester City. 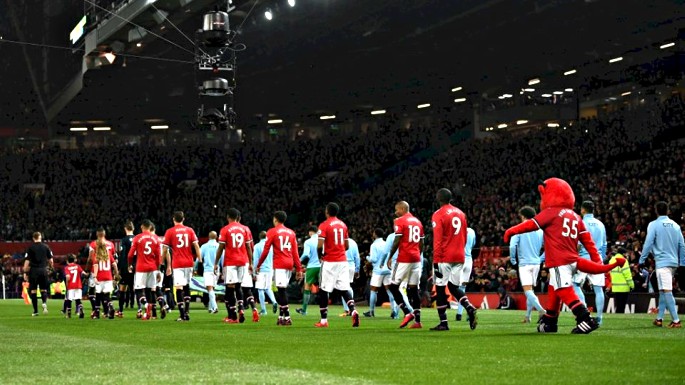 Both teams went into this game in great form and on the brink of breaking records. Before facing City, Manchester United were unbeaten in their last 40 home matches, level with a home record.

City though, came to Old Trafford with real confidence, eventually beating their neighbours 2-1 on December 10.

Junaid, a Man City fan, says: “To beat United on their own turf is a rarity under Mourinho. City played with a swagger and arrogance that would have shocked all United supporters.”

Indeed, only one team has scored more than one Premier League goal at Old Trafford against Jose Mourinho’s Man United. And that is Manchester City, who also beat United 2-1 at Old Trafford in September 2016.

City, therefore are still unbeaten so far this season with a remarkable 16 wins and one draw. And their win over United gives them a 14th consecutive league win, the most by a team in a Premier League season. 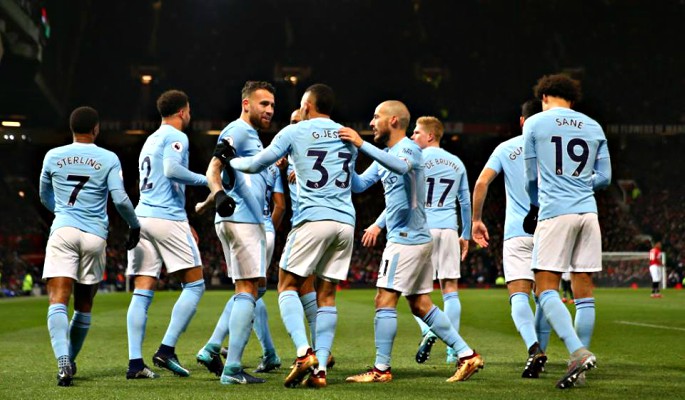 Hussain, one of our DESI Fans of Man City believes it was too easy for his team. He says: “It was embarrassing to watch Manchester United play like that in their own stadium.”

United could only manage to record 35.4 percent possession of the ball against their local rivals, Manchester City. That is their lowest at Old Trafford since data started being collected in 2003/04.

And it is the manner of defeat which is proving to be most frustrating for Manchester United supporters.

Amirah says: “I knew the game would be tough with Manchester City in top form. But we completely threw the game away by allowing them such control. I was in tears by the end.”

Areeb, meanwhile, adds: “United looked like the away team for the whole 90 minutes. We were hanging on for the majority of the game.”

So why was it so easy for the current league leaders to overcome the twenty-time champions? 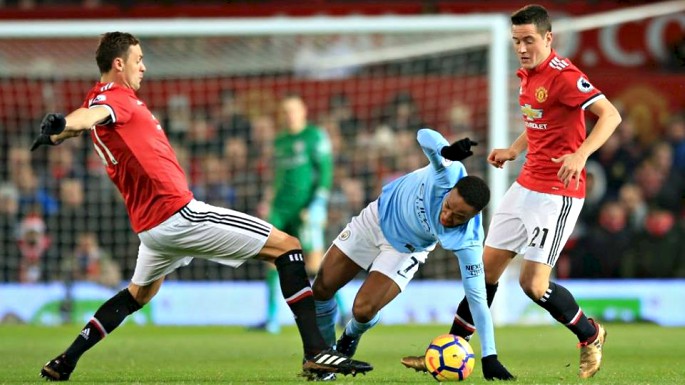 Speaking exclusively to DESIblitz, Chaan says: “By allowing United such little possession, we showed that we are the best team in Manchester. I think it’s fair to say that we were the better team in every aspect of the game.”

But with Manchester United suffering only two defeats before the match, why were they so easily beaten by City?

Due to Paul Pogba’s red card against Arsenal, the midfielder was unavailable for this huge clash. And his absence seems to have been key to Man City’s dominance.

Amirah believes things would have been different if the influential midfielder was playing.

She says: “I’m not Pogba’s biggest fan, but if he was on the pitch alongside Lukaku, we could have come away with something. They work so well together when they’re both playing.”

But should a world-renowned football team, like Manchester United, be so reliant on one player? Areeb believes:

“Without Pogba in the middle we couldn’t get any control in the game. For a team that’s spent as much as United, it’s worrying that being without one player makes such a difference.”

And that reliance on the Frenchman is proving to be a source of amusement for rival fans.

Chaan says: “It’s embarrassing to think that the only way they [United] can put in a good performance is if Pogba is playing.”

Man City’s creative duo of David Silva and Kevin De Bruyne were able to control and dominate the midfield without Pogba there for United.

Junaid says: “City kept the ball so masterfully in midfield. They were playing like Barcelona, with Silva and De Bruyne reminding me of Xavi and Iniesta in their primes.” 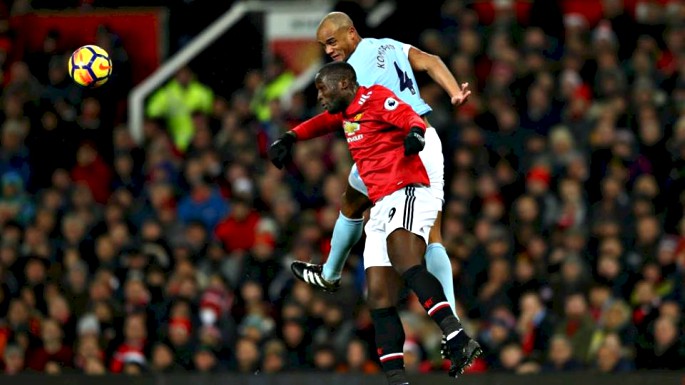 Without Pogba in the middle, United chose to play long ball football towards their £90 million striker, Romelu Lukaku (above).

Areeb says: “We didn’t have any game plan. Our defenders rarely made forward passes, instead, they hit it long to Lukaku. But this suited Manchester City’s big defenders perfectly.”

And the statistic of Lukaku scoring just 5 goals in his last 40 appearances against the ‘big six’ (Man City, Liverpool, Chelsea, Arsenal, and Spurs) tells its own sad story.

Once again it’s another underwhelming performance by Manchester United against one of their main rivals. But unlike their games against Liverpool and Arsenal, they come away with nothing after this 2-1 defeat to Man City.

So what do our DESI Fans of both sides think of the result? 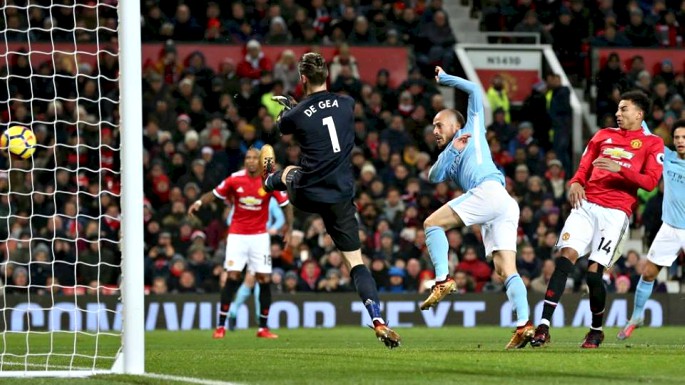 Manchester City fan, Junaid, says: “City outplayed United and the result shows there is definitely a power shift in Manchester.”

Chaan, meanwhile, believes City can now push on and go all the way, She says: “We’re the best team in town and in the league. I’m really happy with the win and even though there’s still a long way to go, it’s very likely that City will be winning the title.”

And United fan, Areeb, agrees with both of the City fans. He says: “There is a huge gulf in class between the two Manchester clubs. With an 11 point lead at the top of the Premier League, I feel the title is now City’s.”

That’s it from our DESI Fans on Manchester United 1-2 Manchester City, but you can check out some more of their thoughts.

Or if you want to keep up to date with these two clubs, you can find them on social media. Follow our links to find Manchester United and Manchester City on Facebook.