After their gorgeous wedding, Virat Kohli and Anushka Sharma have shared their first honeymoon selfie. The two pose in front of a ‘winter wonderland’!

Doesn't this look like the perfect 'winter wonderland' setting?

Virat Kohli and Anushka Sharma’s romantic wedding may be over, but the celebrations are still underway. Now they have shared their first honeymoon image for fans.

They pose in a beautiful selfie, with the backdrop of an enchanting forest. Thick snow surrounded them, as the background depicted numerous evergreen trees. Doesn’t this look like the perfect ‘winter wonderland’ setting?

The Bollywood actress seems to think so, as she captioned the image with: “In heaven, literally.”

Both she and Virat don comfortable clothing to keep themselves warm. While the Indian cricketer takes the selfie, Anushka leans next to him. She places her left hand on his chest, showing off her decorative bridal mehndi.

But also check out the wedding ring! A silver band with a dazzling, impressive diamond in the middle. 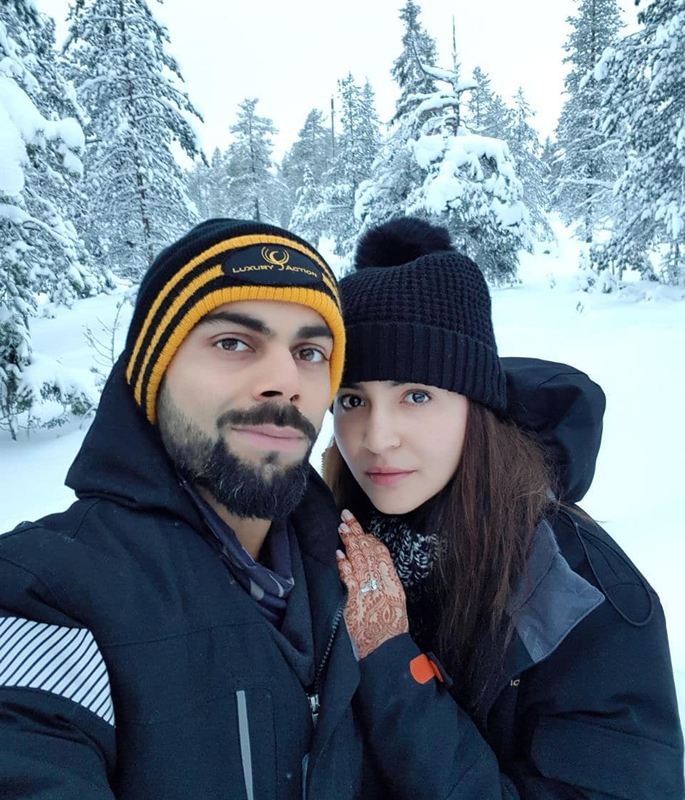 Reports claimed the two would enjoy their honeymoon in Rome. But this setting could suggest a different location – perhaps somewhere more northern such as Switzerland? However, as it is winter, Italy could well be experiencing some snow.

We’re sure you’ll agree Virat and Anushka have enjoyed a spectacular week. Fans are still reeling from their long-awaited wedding in Tuscany. Surrounded by close friends and family, it was an intimate, romantic occasion.

Since then, they have shared another image of the special day. They gave big thanks to their wedding planners, who posed with them in the photo. While the couple sat in front, looking fabulous in their attire, the organisers stood behind them.

Both Virat and Anushka said on social media:

“The people responsible for making the most memorable occasion of our lives peaceful and beyond beautiful.” 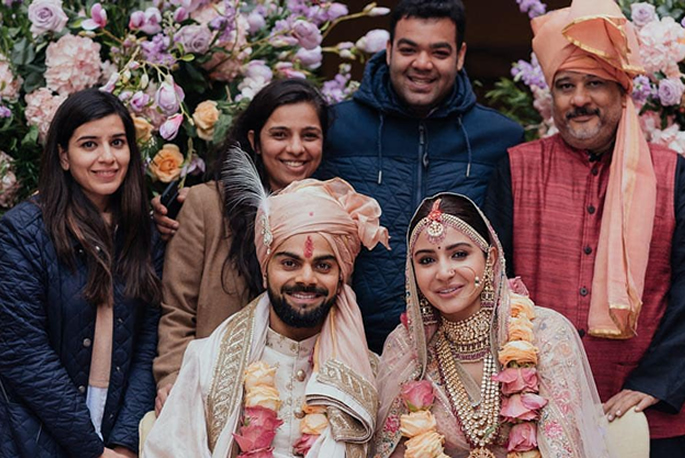 While the two enjoy their honeymoon, they will soon travel back to India. Their spokesperson confirmed that they will host two receptions; one for relatives and the other for Bollywood and cricket stars.

We image many fans can’t wait for these events. Especially with the latter, as they will no doubt speculate who will be in attendance. Perhaps we could see the likes of Shahrukh Khan, Sachin Tendulkar and more?

Until then, fans will keep a close eye for more updates from Virat and Anushka.