"The way people reacted towards my personal life and Anushka was really disrespectful."

The romance between Virat Kohli and Anushka Sharma represents the union of India’s two biggest entertainment industries, Bollywood and cricket.

As a consequence the spotlight brightens and the microscope they are ultimately judged through is amplified.

The darker side of how the media portray this public entity is becoming more evident as Sharma continues to be blamed for any of Kohli’s low scoring innings.

She has faced a tirade of online abuse on social media. This has led to Kohli uncharacteristically feeling the need to publicly defend his girlfriend.

Since getting out for one run in the ICC Cricket World Cup Semi-Final on 26th March 2015, the Twitter knives have been out not for Kohli himself, but for his girlfriend Anushka Sharma. 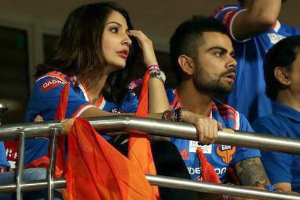 Some ‘Indian cricket fans’ decided that Kohli’s form, and in turn India’s exit from the World Cup, was due to the ‘bad omen’ of Sharma being present at the match.

Kohli, not known for discussing his personal life in the public arena, struck firmly at critics at an IPL launch event for his team Royal Challengers Bangalore (RCB), on Friday 10th April 2015.

He said: “The stuff that happened after the World cup semi-final, the way people reacted towards my personal life and Anushka in particular, was really disrespectful.

“I want to put this out in public because at a human level I was really hurt and wanted to express that.”

The RCB captain felt obliged to defend Sharma for a second time in an interview just days later. He said: “No one came out and said she is the reason why I got four centuries in the Test series.

“She is the major reason why I was able to play in that Test series the way I did.

“I was not stressed. I was spending quality time with her. That kept me in my zone every time I stepped on to the field. It helped me stay calm.”

Perhaps Kohli was looking to quash the matter before the relentless IPL was fully underway.

One reason might be that a day after his original statement, he was confronted by the unexpectedly cheeky question at Eden Gardens from Indian cricket legend Sunil Gavaskar.

In a match pitting RCB against the Kolkata Knight Riders, the now IPL commentator asked: “Is she here?”

Ironically, on this occasion, the Twitterati came out in favour of Kohli. Shashank Thala summed up their disappointment with this tweet:

“Gavaskar asking Kohli. One last question. Is she here? (Anushka). That’s when you start thinking how much you miss ppl like Richie Benaud.”

Even though Gavaskar’s gossip-esque question served primarily to backfire on him, did Kohli shoot himself in the foot by admitting Sharma does have an effect on his performance on the field? 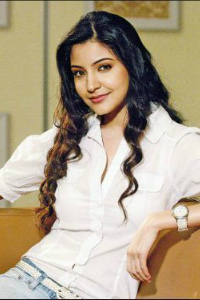 By trying to praise Sharma for his positive performances, Kohli’s admitted to the PK star influencing his ‘state of mind’ on the field. Did this only serve to act as a double-edged sword in the future, and fuel the abuse he is so desperately trying to distinguish?

It is evident the couple are at the top of their respective professions and are idolised on a global scale. Sharma is no trophy girlfriend, having had a string of highly grossing box-office hits including Rab Ne Bana Di Jodi, PK and her producer-debut in NH10.

Kohli is the poster-boy Indian test captain. Indian cricket fans have looked to him to fill the huge void left by retired great Sachin Tendulkar.

With Kohli now idolised by the cricketing masses, is this the reason some Indian cricket fans cannot bear to blame Kohli himself for poor performances?

Whether it is this or something simpler like plain sexism, Sharma is feeling the full force of this media-manufactured treadmill.

Unfortunately Sharma is however not alone in her dilemma. Victoria Beckham often faced the brunt of many an untoward football chants when ‘Golden Balls’ David Beckham was on the pitch for Manchester United. 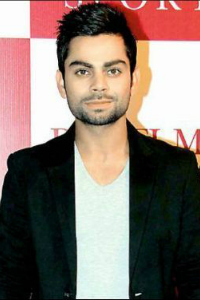 A prime example of this in Sharma’s case was the view taken by many on social media that she had received special treatment in attending the semi-final in Australia.

Although a number of WAGs were allowed to fly over for the semi-final against Australia, having previously been barred, it was Sharma who was singled out for her attendance.

Kohli went on to explain to the media how he sought to get permission from The Board of Control for Cricket in India (BCCI) to process her visa.

Sharma’s performance at the IPL 8 Opening Ceremony was also thwarted by camera shots continuously panning to Kohli who unwillingly stole her limelight.

Her dance routine was also lambasted on Twitter. Kamaal R Khan tweeted: “Hope ppl will not blame me if I say – What a cap Ghatiya performance given by India’s Bhabhi @Anushkasharma #IPLOpeningCeremony.”

The nature of this high profile relationship will only magnify the hunger for tabloid press and social media fanatics to topple the couple off their perch.

However, as the IPL gets underway is this just the beginning of a turbulent rollercoaster ride for India’s ‘Posh and Becks’? Or can their love prevail in true Bollywood fashion?

Tough Draw for India in 2018 FIFA World Cup
Mayweather vs Pacquiao ~ Fight of the Century?