The police were reportedly alerted of the breach

Priyanka Chopra has been accused of breaking London’s lockdown rules.

The actress has been left stranded in the UK as a result of the Covid-19 lockdown.

The actress had been shooting for her Hollywood film Text For You when London was put under a lockdown due to the new variant of Covid-19.

Strict measures have been implemented by the UK Government, including the closure of non-essential shops. This includes hairdressers and spas.

However, Priyanka allegedly broke lockdown rules on January 6, 2021, when she was seen visiting a London salon.

The Bollywood actress, who was accompanied by her mother, Dr Madhu Chopra and pet dog Diana, visited a salon in Notting Hill. 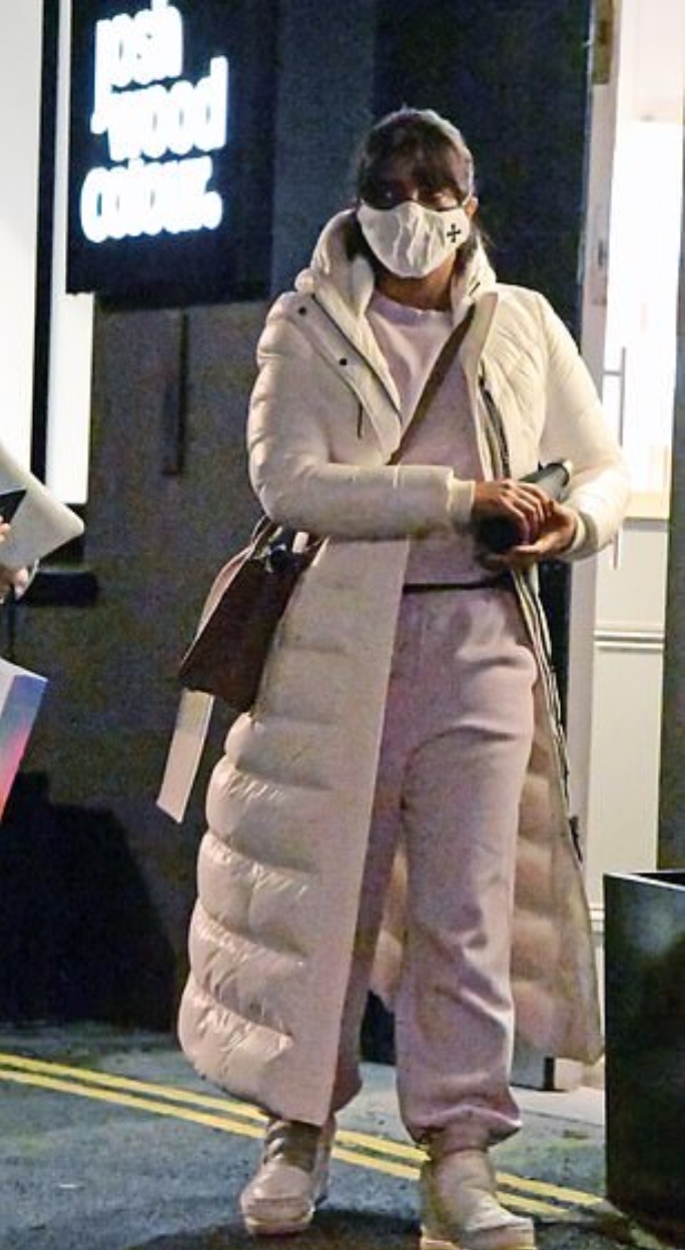 Priyanka was there to allegedly meet celebrity stylist Josh Wood, at the Josh Wood Colour salon.

The police were reportedly alerted of the breach and reached the salon to give a verbal reminder to the owner.

Priyanka and Josh Wood escaped a fine after showing police paperwork stating the hair colouring session was for a film.

A spokesperson for the actress said:

“Following government guidance, Priyanka Chopra’s hair was coloured by Josh Wood for the purpose of the film she is currently shooting.

“The salon was opened privately for the production and everyone involved had been tested.

“We followed both the DCMS working guidelines and the film production regulations.”

“As per Film London and current government advice, by continuing to follow the approved Covid-19 guidance, Film and TV production can continue in the Capital and locations can continue to accommodate shoots and recces that are carried out in-line with the guidance.”

Whereas, a spokesperson for the Metropolitan Police said:

“Police were alerted at around 17:40 hrs on Wednesday, 6 January to reports of a Covid breach taking place within a hairdresser on Lansdowne Mews, Notting Hill.

“Officers attended and the owner of the salon was given a verbal reminder of the important need to comply with all regulations regarding Covid-19 and signposted to other sources of advice.

“No fixed penalty notices were issued.”

Priyanka is stuck in London with her husband, Nick Jonas as well as the entire cast and crew of her upcoming film Text For You.

Text For You is a Hollywood remake of the German film SMS Fur Dich, which itself is a cinematic adaptation of Sofie Cramer’s novel of the same name.

Akanksha is a media graduate, currently pursuing a postgraduate in Journalism. Her passions include current affairs and trends, TV and films, as well as travelling. Her life motto is 'Better an oops than a what if'.
Transgender actress Rimal Ali Tortured by ‘Influential’ Man
Nora Fatehi reveals which Child Star she wants to Marry