"The producers have halted production at the moment."

Bollywood actress Priyanka Chopra Jonas, who is shooting for her Hollywood film Text For You in London, has been left stranded in the UK.

The UK government announced strict restrictive measures due to the more infectious strain of Covid-19.

Parts of the UK have been placed under Tier 4 lockdown. Non-essential travel has been advised against and many countries have temporarily suspended flights from the UK.

As a result, Priyanka is reportedly stuck in the country with the entire cast and crew of her upcoming film Text For You.

The team was originally supposed to shoot in London until January 2021.

Witnessing the rising Covid-19 cases in the UK, the production team had reportedly been trying to get everyone back to the United States before the lockdown was implemented.

A source disclosed to Mid-Day:

“The producers have halted production at the moment. Their top priority is to ensure the safe return of the cast and crew.

“Special permissions are being sought to travel back to the US, but the procedure may take longer than usual with the lockdown rules becoming stricter than ever before.

“It is possible that Priyanka and the rest of the team will have to stay put in the UK for a while.”

Text For You is a Hollywood remake of the German film SMS Fur Dich, which itself is a cinematic adaptation of Sofie Cramer’s novel of the same name.

The movie features Priyanka and Sam Heughan in the lead roles. 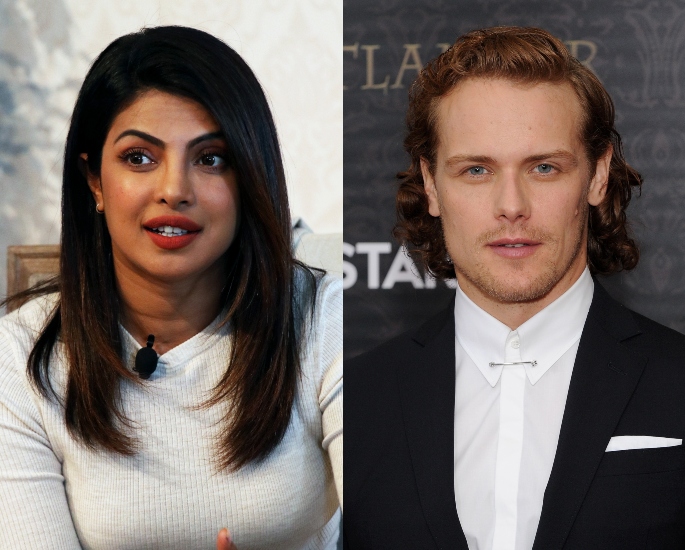 The film has been directed by Jim Strouse and also stars Celine Dion, Russell Tovey and Omid Djalili.

Priyanka Chopra’s husband Nick Jonas reportedly shot a cameo in Text For You in early December 2020.

Text For You is about a young woman, reeling from the death of her fiancé in a car accident.

She continues to send romantic messages to his old phone number even after two years.

The lead develops a bond with the current owner of the number, a man suffering a similar heartbreak.

Celine is said to play the catalyst who brings them together.

The film was allegedly supposed to release in the US by early 2021, however, the shooting schedule will be arranged as per UK’s lockdown protocols.

As well as Text For You, Priyanka will also be seen in the Netflix film The White Tiger.

Akanksha is a media graduate, currently pursuing a postgraduate in Journalism. Her passions include current affairs and trends, TV and films, as well as travelling. Her life motto is 'Better an oops than a what if'.
Alia Bhatt shares Experience of Shooting Telugu Film
Gal Gadot reacts to Hrithik Roshan’s ‘Wonder Woman’ Tweet