Indian weddings are extravagant events with so many things to do. However, sometimes things don’t always go to plan. Queue the funny wedding videos.

This hilarious video will have viewers on the floor laughing

Indian weddings are grand affairs which expand over numerous days consisting of various events as well as hilarious moments.

In the amidst of all these functions, it comes as no surprise that unfortunate yet hilarious incidents occur.

It becomes even more memorable and hilarious when these moments are caught on camera.

These priceless hilarious moments become forms of comedy gold as they circulate the internet reaching out to various people to brighten their day.

As harsh as it may sound, sometimes someone’s misfortune results in another’s joy.

We take a look at various funny wedding videos to make you burst into fits of laughter.

Up next, we have a fabulous musical parody of the hit song ‘Jaani Tera Naa (Mummy Nu Pasand)’ by Sunanda Sharma.

In the video, a bride and who can be assumed to be her bridesmaid are miming and dancing along to the song.

The funny wedding video will surely have you in fits of laughter considering the nature of the song and the occasion.

The song revolves around the concept of the girl’s mother not liking the boy which is ironic considering the fact the bride is dressed to get married.

Watch the Video to the Original Jaani Tera Naa 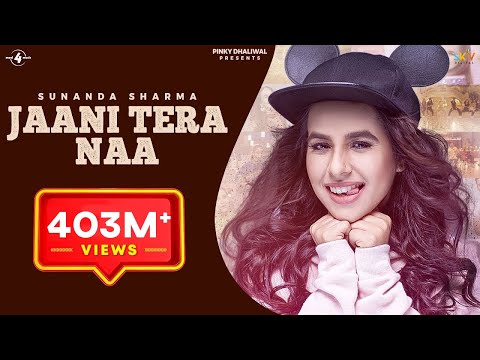 Music and dancing is a fundamental aspect of an Indian wedding. On the wedding day, everyone eagerly waits for the baraat to arrive.

Typically, the groom arrives on a white horse or in a lavish car, however, this groom’s innovative style was astounding as well as hilarious.

The groom and his entourage came up with a choreographed dance to a compilation of wedding-related songs like ‘Saajanji Ghar Aaye’ from Kuch Kuch Hota Hai (1998).

If you do not dance with the same enthusiasm as these men, then you are not dancing right.

Towards the end of the wedding day, the guests consisting of family and friends get together on the dance floor to celebrate the couple’s union.

This is the perfect time to show off your dance moves and simply have a great time.

However, this group of men seemed to be enjoying themselves a little too much.

This hilarious video will have viewers on the floor laughing after watching their amusing dance moves and sheer enthusiasm.

There is nothing more embarrassing than something going wrong with your wedding day outfit whether you are the bride or groom.

It is a bride’s and groom’s worst nightmare and it seems this particular groom certainly had a misfortunate mishap.

While helping his bride onto the stage, his legs were apart with one on the top of the stage and the other on the step.

Unfortunately, this stance highlighting the fact that his trousers’ zipper was open.

Completely unaware of his fly being open, he was told by someone (who cannot be seen on camera) to zip up his zipper.

The groom swiftly zips up his zipper as his bride and the people around him burst into laughter.

This funny wedding video certainly leaves you gasping for breath and feeling sympathetic for the unfortunate groom.

Posing with the Bride and Groom 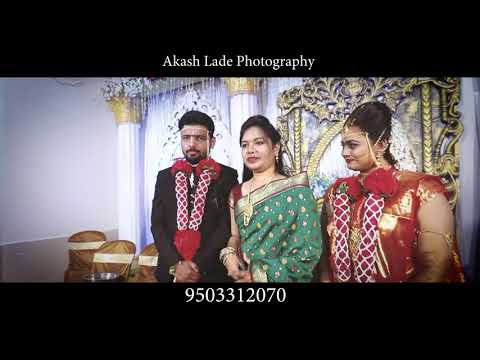 At an Indian wedding, the guests take it in turns to get on stage and pose with the bride and groom.

Usually, the bride and groom sit or stand next to each other while the guests surround the couple.

However, in this funny video, the couple’s friends get on to the stage one by one and stand in between the couple pushing them further apart. 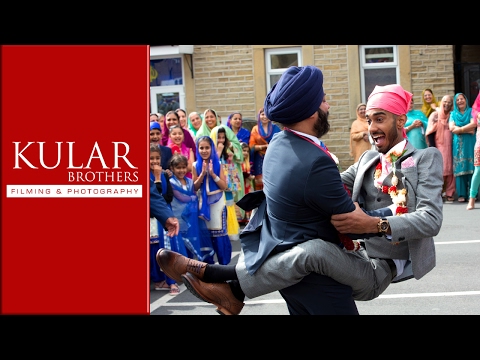 It’s not Wrestlemania, it’s Wrestlemilnia. In some Indian weddings, the tradition of family members from both sides greet each other.

This hilarious meeting between the two families included attempting to lift each other up, with the one who lifts the other being victorious.

This Indian wedding tradition is known as the milni ceremony. 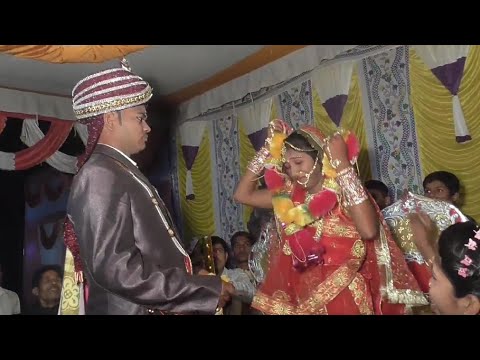 As part of an Indian wedding ceremony, the couple exchange garlands known as jayamalas as all eyes are on them.

In this hilarious video, the shy bride keeps his head down throughout.

Yet, when it comes to the bride having to place the garland around the groom, she energetically flings back the garland.

As she pulls her arms forward, the garland gets stuck at the back of her head. The bride herself starts laughing while a confetti cannon explodes.

It is safe to say; this wedding fail was certainly amusing to watch.

Sometimes rushing around trying to perfect your big day things tend to go amiss while at other times people go above and beyond to make their day memorable.

Our compilation of the top seven funny Indian wedding videos will brighten up anyone’s dull day. 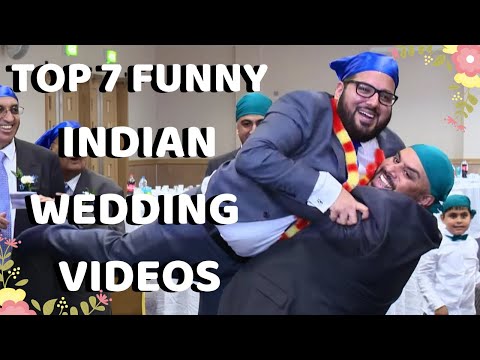