How the Bengal School of Art revolutionised India’s Art Form

The Bengal School of Art was a revolutionary movement that promoted Indian identity and freedom that was suppressed by British rule.

Indian art was being suppressed, lacked creativity and originality

Having originated in Bengal, this modernism art style thrived across India during the rule of the British Raj in the early 20th century.

Before the birth of the Bengal School, artists conformed to the British requirements and ideals.

However, the Bengal School movement raised a voice against British imperialism and strived to express true Indian culture.

DESIblitz explores the concept of the Bengal School of Art, its pioneers and form. 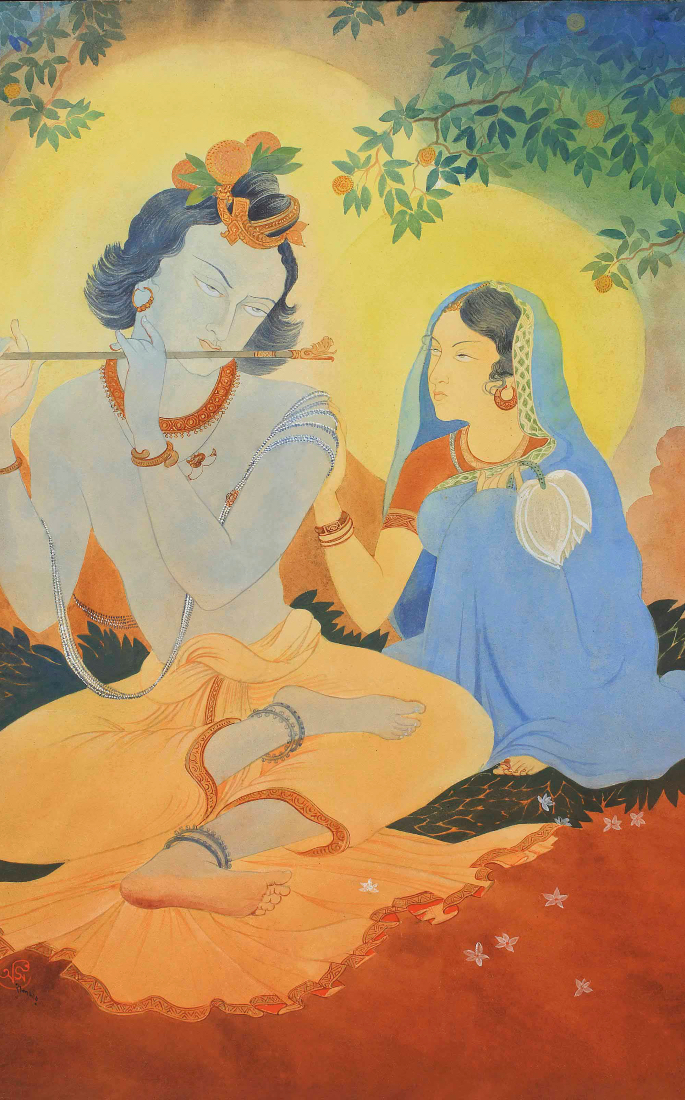 The Bengal School promoted a rise to Indian nationalism at the time when the British crown ruled India.

The concept of ‘swadeshi’, known as a movement of self-reliance during British colonisation was prominent in early 20th century Bengal.

‘Swadeshi’ evoked the need for cultural, social and political change in India. In the early 20th century cultural movements aimed to step away from Western forms of art and literature.

Instead, they wanted to readopt Indian qualities and look to ancient Indian art forms, paintings and themes for inspiration.

Unfortunately, Indian art styles had fallen out of popularity as Western sensibilities and influences took over the artistic domain.

During the colonial era, painting techniques were in line with Western preferences. 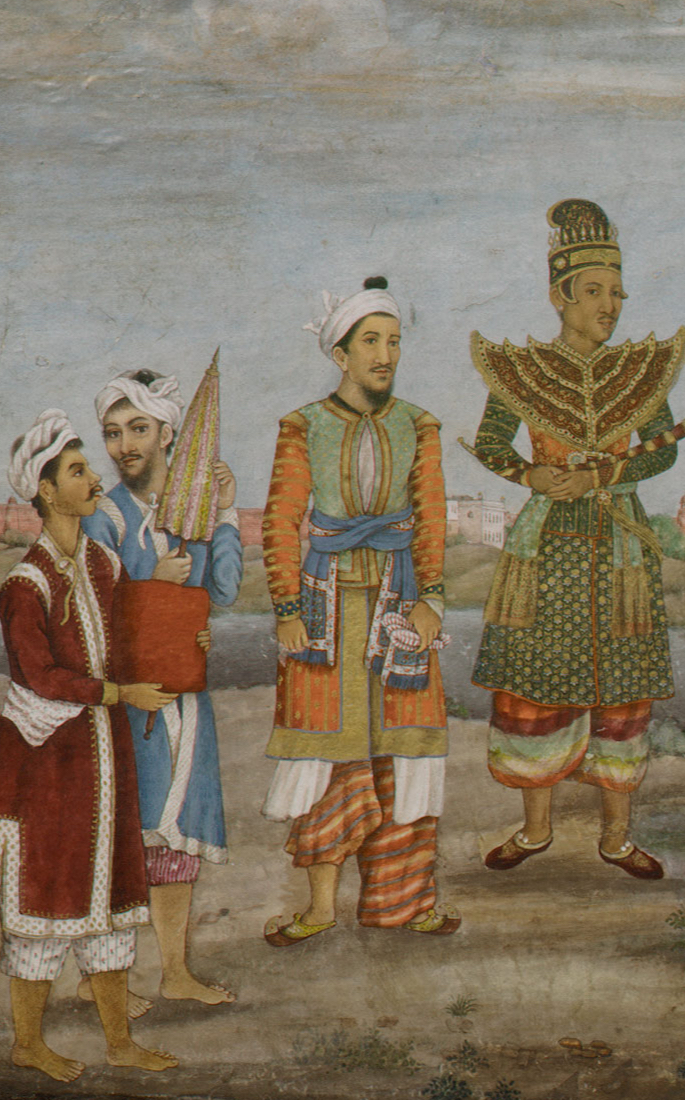 Known as ‘Company Paintings’ this form of painting in India in the late 1700s accommodated to British collectors.

For example, these art styles highlighted Indian subjects as indigenous and exotic through the perspective of the British eye.

‘Company Paintings’ lacked creativity, rather they were considered documental and were created using linear perspectives, shading and were heavily dependent on watercolours.

The Bengal School arose as an act of defiance and resistance to Western sensibilities and aimed to celebrate the rich Indian culture. 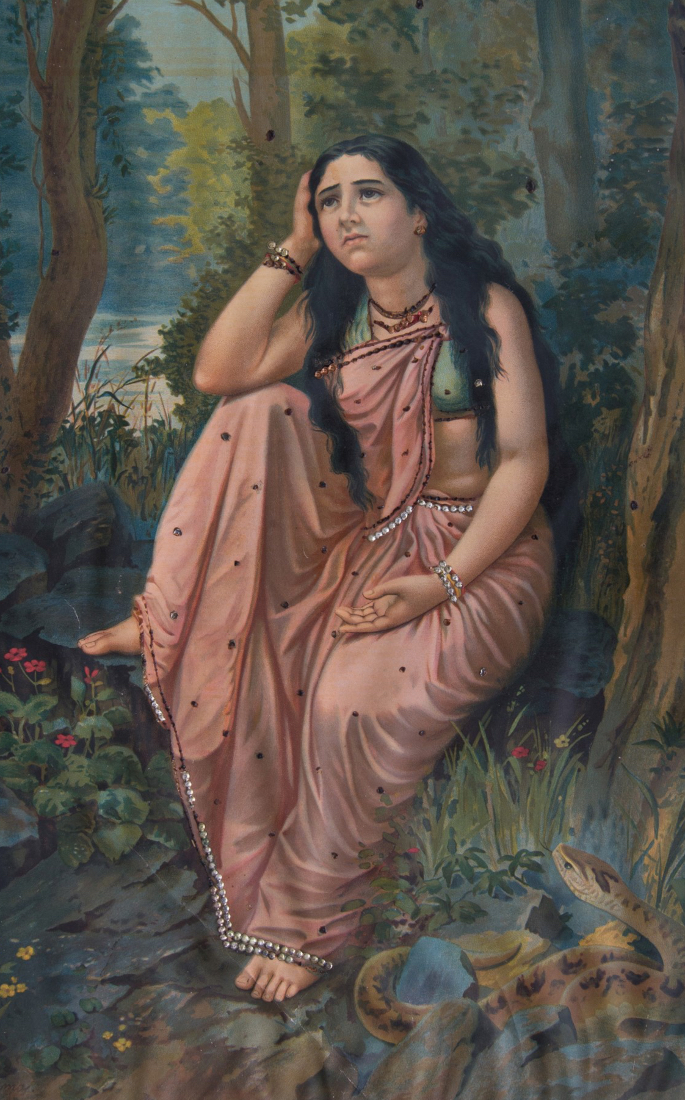 This art style rejected the work of Raja Ravi Varma as it was believed his art form was heavily reliant on Western ideas.

Known as the Father of Modern Indian Art, Raja Ravi Varma (1848-1906) was a renowned 18th century artist from Travancore.

He is considered to be the first Indian modernism painter who was also self-taught. His work consisted of Western techniques of realism and oil on canvas.

Yet, sectors of the artistic domain felt Indian art was being suppressed, lacked creativity and originality because it remained within the guidelines set by the British.

According to the Bengal School, Varma’s work of art was greatly influenced by the West, therefore, it was not highly considered by the movement. 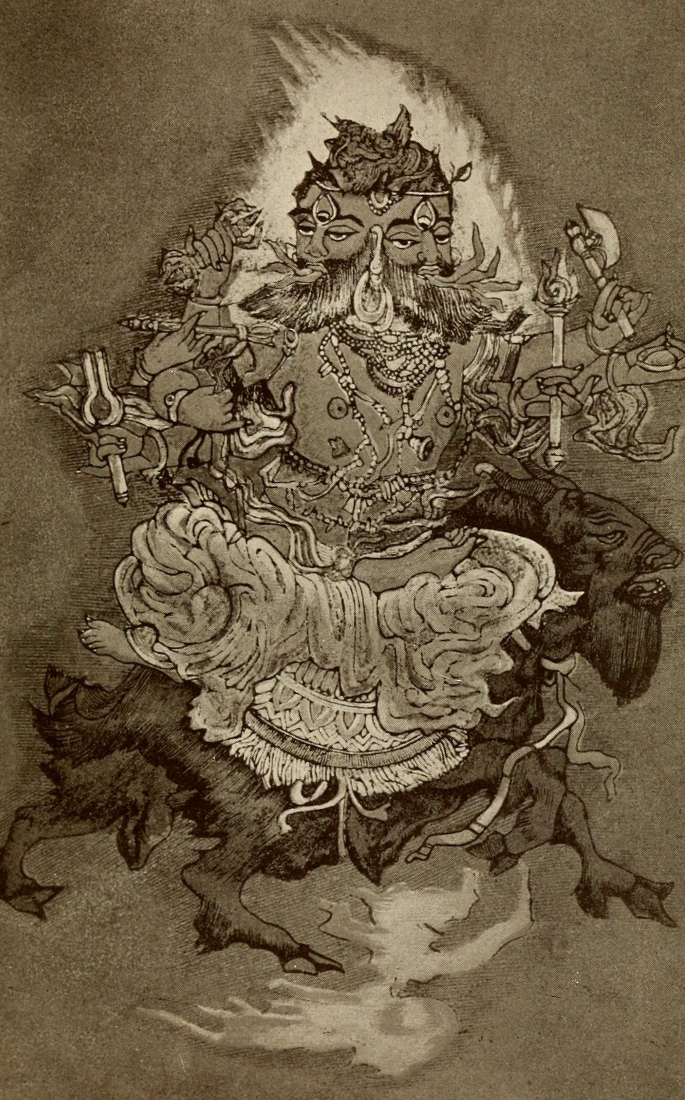 Ironically, it was, in fact, a British gentleman who rose above the British academic style of painting in India to pave way for the Bengal School of Art. This man was Ernest Binfield Havell. 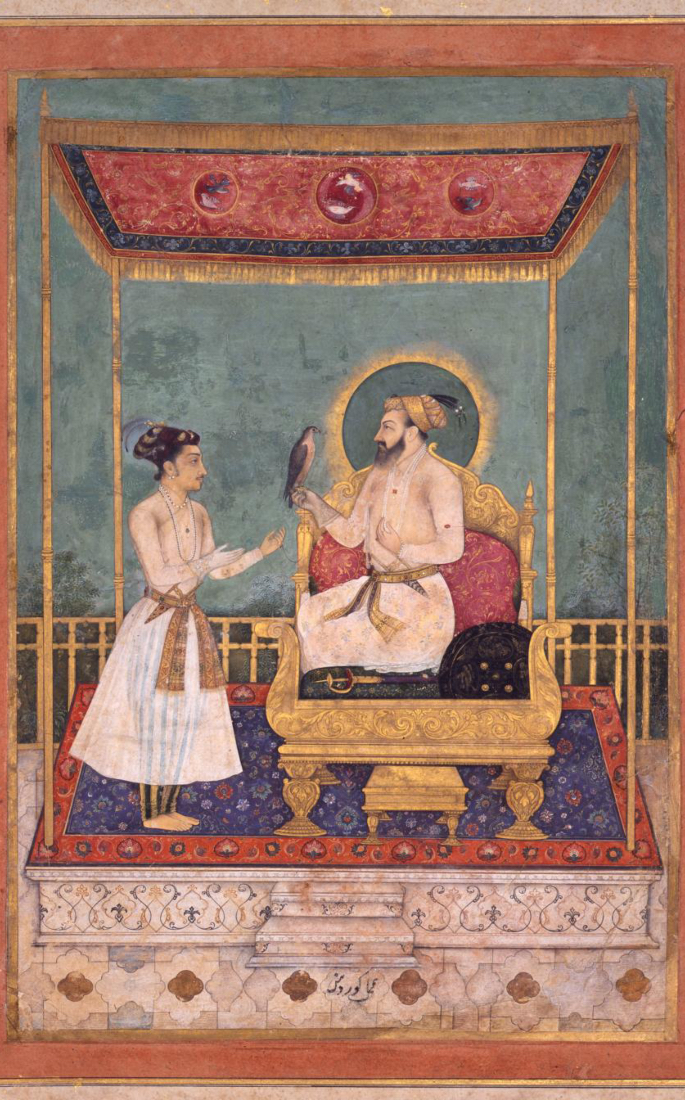 Despite this art style rejecting Western traditions, the Bengal School was, in fact, initiated by English art administrator and historian, Ernest Binfield Havell.

He taught at the Calcutta Art School and was instrumental in pioneering the Bengal School movement in India.

Havell rejected the academic tradition which was typically taught in British schools.

Rather he prompted his students to take inspiration from Mughal miniatures as opposed to British traditions.

He believed Mughal miniatures evoked the expression of Indian spiritual virtues unlike the ‘materialism’ of the West.

Havell worked to redefine Indian art education. This led him to establish the Indian Society of Oriental Art which aimed to revive native forms of art.

Founder of the Bengal School of Art 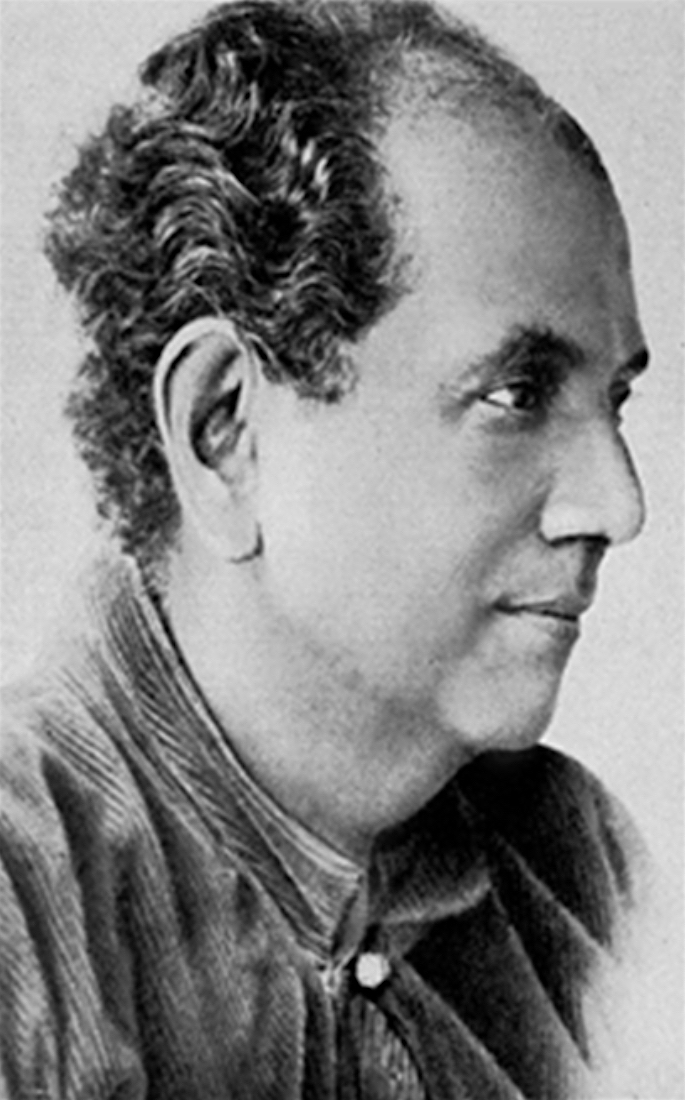 Havell also worked alongside artist Abanindranath Tagore who is popularly known as the founder of the Bengal School of Art.

He was influenced by Mughal art, Whistler’s Aestheticism and in his later works by Chinese and Japanese calligraphic traditions.

This allowed Tagore to showcase that Indian traditions had the ability to adapt to new values while highlighting the progressive nature of Indian culture. 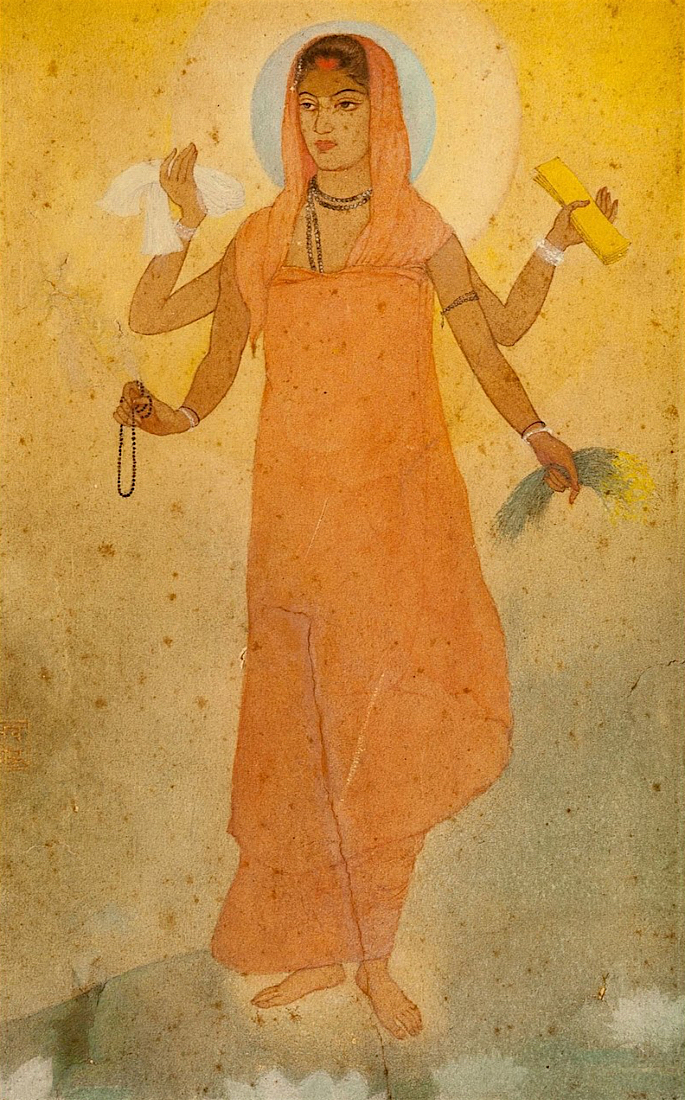 He went on to paint stunning pieces of art inspired by Mughal art. One of his most famous paintings was Bharat Mata (Mother India) created in 1095.

The painting represents a saffron-clad woman who is seen holding numerous items in her four hands. These include a book, sheaves of paddy, rosary and a white cloth.

These items are associated with Indian culture while the four hands are a symbolic reference to strength and power as well as Hinduism. 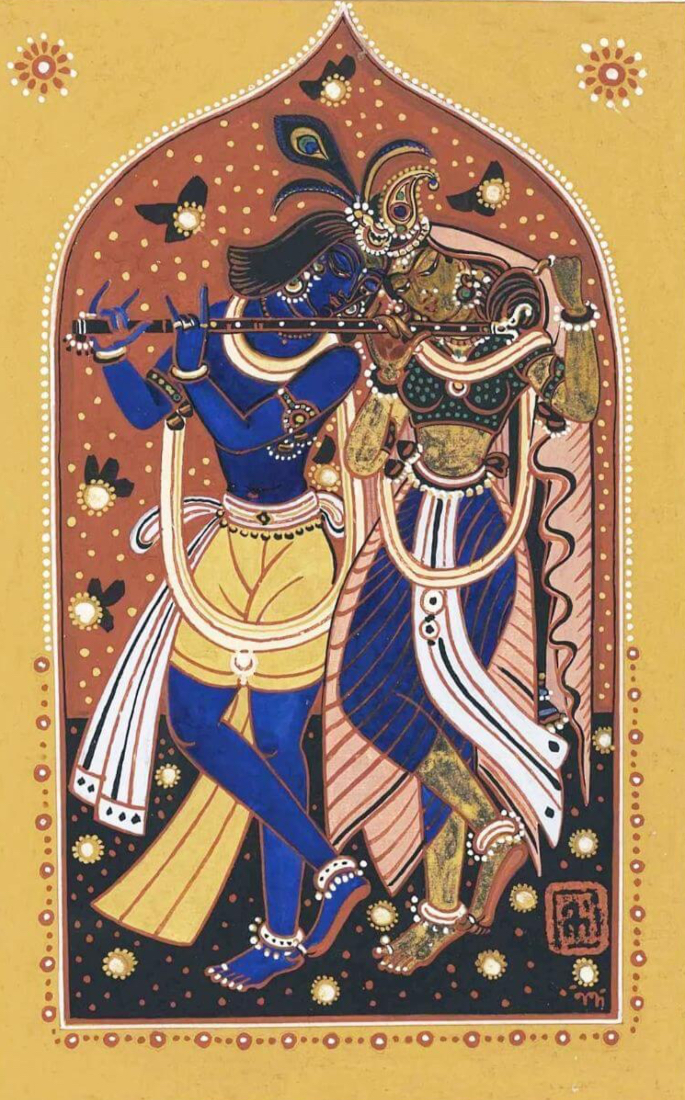 Despite individual artists creating unique works of art, there are common aspects which can be seen in the Bengal School’s artists.

These include features like the use of a sober colour palette with minimal colours, native resources like the tempera, Rajasthani, Phari, Mughal and Ajanta styles.

Abanindranath Tagore also used the Japanese wash technique, which was not influenced by the West, in his works of art.

Having been inspired by Japanese artist Okakura Kakuzo, Tagore supported a pan-Asian visual.

This concept was followed by many other Bengal School artists who drew on the inspiration of Tagore’s art. 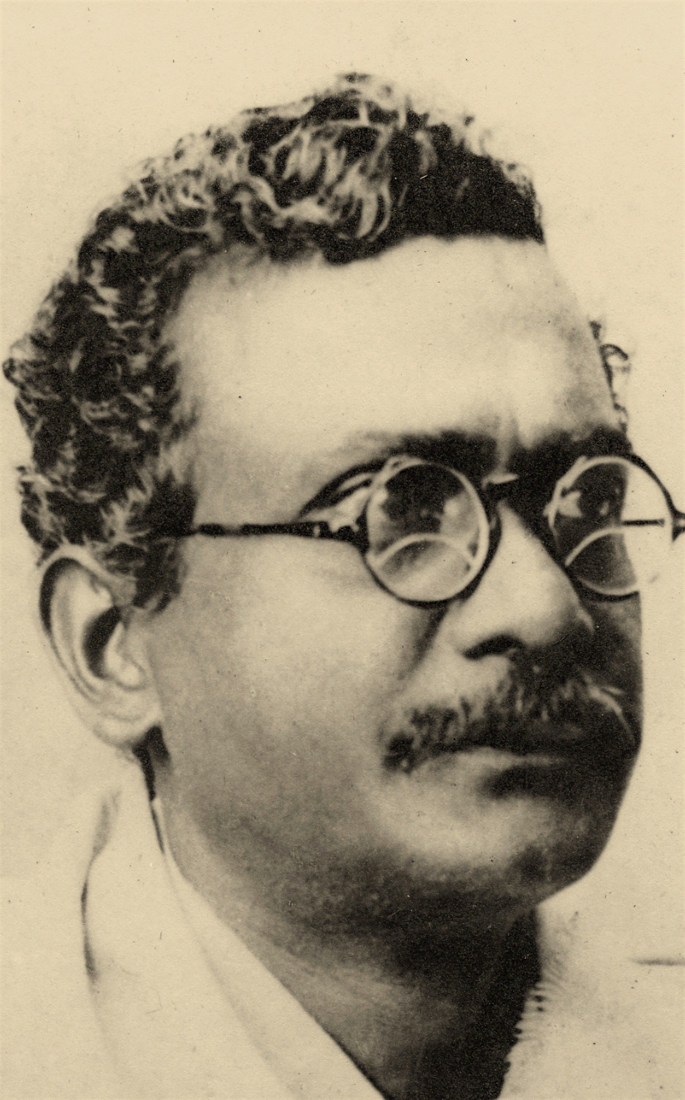 As well as Abanindranath Tagore many other artists felt the need to revitalise the suppressed Indian cultural traditions in art.

Another well-known Bengal School artist was Nandalal Bose who was a pupil of Abanindranath Tagore.

Bose was enthused by the murals of the Ajanta Caves and drew inspiration from the same to create scenes from Indian folklore, rural life and women.

Bose became one of the major artists for the Bengal School and his art was appreciated on a national scale.

In the 1920s to 1930s, Bose held a close friendship with Mahatma Gandhi and was often asked to produce political artworks. 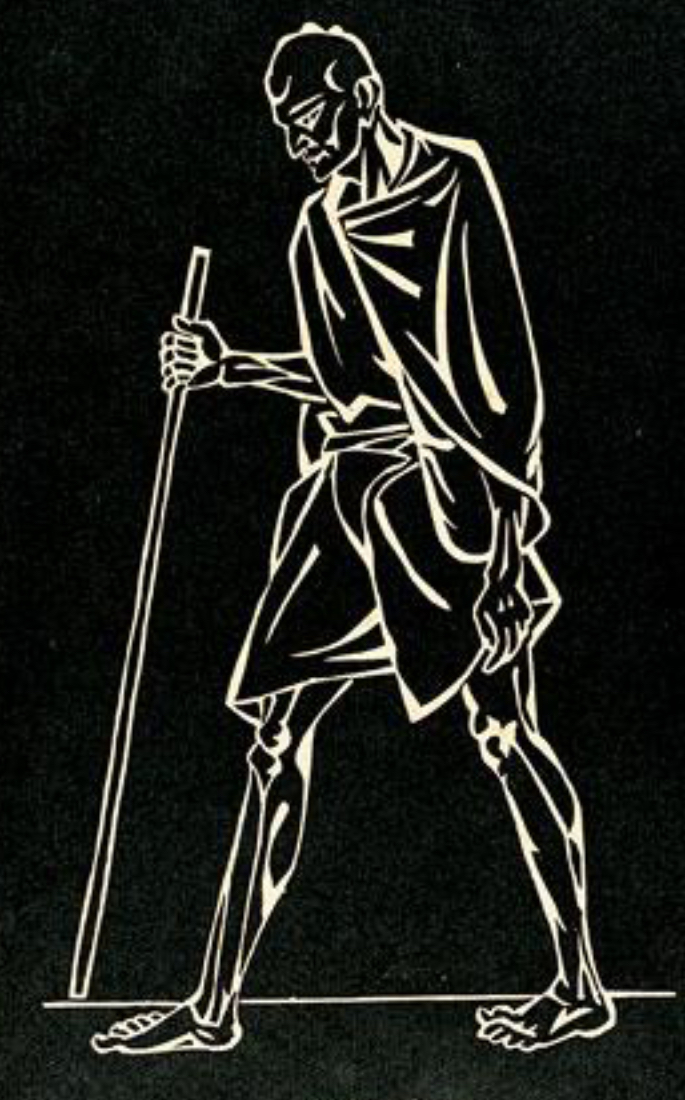 For the salt march campaign, Bose designed the famous linocut print of Gandhi walking with a staff. This iconic image continues to be remembered by many people.

In 1922, he also became the headmaster of the Kala Bhavana (College of Arts) at Tagore’s International University Santiniketan.

Furthermore, Bose has also designed the emblem for the Bharat Ratna and Padma Shri awards. 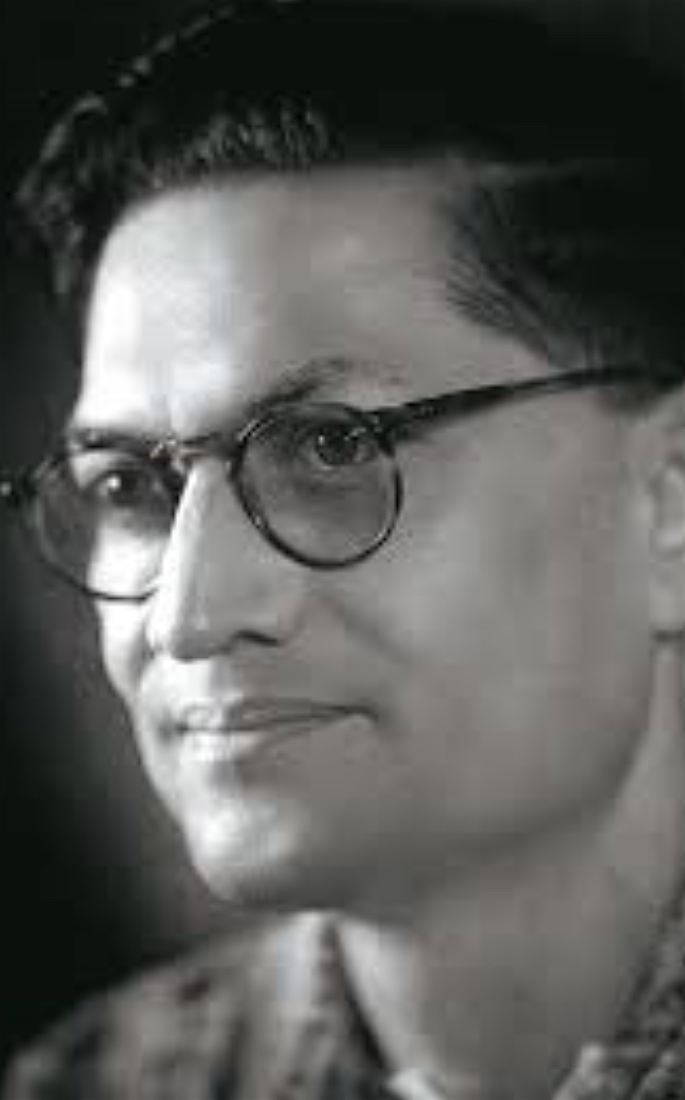 Another renowned artist of the Bengal School of Art was the nephew of Rabindranath Tagore, Asit Kumar Haldar.

He received training under two of the leading Bengal artists Jadu Pal and Bakkeswar Pal.

Haldar later joined Bose in 1909 to 1911 to record the murals of the Ajanta Cave. His work was inspired by Buddhist art combined with Indian history. 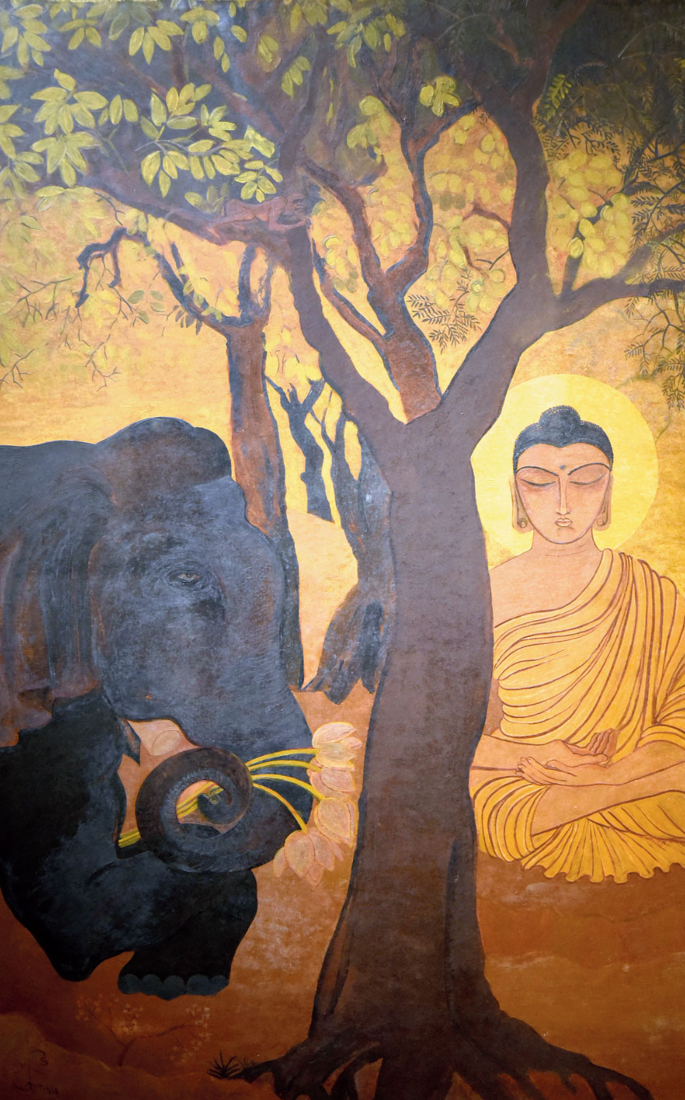 Haldar created a sense of idealism through his art. He was also the first Indian artist who became the headmaster of a Government Art School as well as the Royal Society of Arts, London (1943).

Haldar, like his contemporaries, was passionate about revoking the sense of Indian nationalism and reform through his artwork.

The Bengal School of Art reconnected Indian artists with their roots, traditions and heritage.

Undoubtedly, the Bengal School of Art was one of the most important movements in modern Indian art.

Without the achievements of its pioneers, Indian art may not have delved away from the artistic techniques and teachings imposed by British Raj.

This revolutionary movement allowed artists to search for their identity, freedom and originality in Indian art.

Ayesha is an English graduate with an aesthetic eye. Her fascination lies in sports, fashion and beauty. Also, she does not shy away from controversial subjects. Her motto is: “no two days are the same, that is what makes life worth living.”
Top 7 Funny Indian Wedding Videos
Top 5 Forms of Mughal Architecture